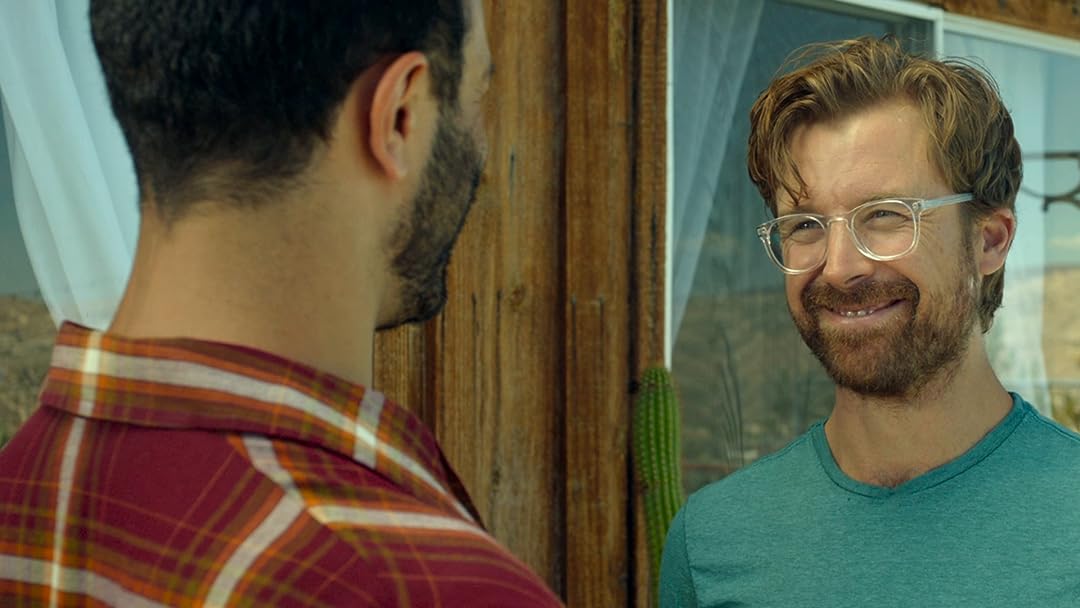 (182)
6.31 h 31 min201616+
Passions reignite & hidden secrets revealed when a graphic designer in Los Angeles reconnects with an ex-lover he hasn't seen or heard from in 15 years. Over the course of a weekend at a vacation house in the desert, they must determine whether or not they have a future together. Written and directed by Emmy, Gotham, GLAAD and Independent Spirit Award Nominee Tim Kirkman.

PGReviewed in the United States on August 15, 2020
3.0 out of 5 stars
Strange title, Strange Story
Verified purchase
The final rating would be 2.5, but rating it 2 seemed too low...

A graphic designer in L.A. suddenly receives news from an ex lover he hasn't seen in 15 years. His first reaction is to either ignore it or respond very crudely, but he gives in and later meets him in his desert cottage where the sparks fly. But hings get complicated...

There was a lot of potential for this movie to be an excellent LGBT+ production: how would you react if an old flame that left without a trace suddenly reappeared? Would it be a one-night stand or would you try to reignite the flame? Sadly, it ended up looking like a soap-opera with plot twists that come out of nowhere. The main one being the graphic designer being married... and he only ever talks to his husband (and we don't even see him) at the very end of the movie. Plus, the old flame's backstory goes left and right, with many assumptions on his behalf in the past.

In short, while it's not a terrible story, there are far better ones. It's sad to waste such a good premise

Garrett HutsonReviewed in the United States on December 28, 2020
3.0 out of 5 stars
The One Who Got Away meets Mid-life Crisis
Verified purchase
This film takes an interesting look at the way gay men in obvious mid-life crisis react to being contacted out of the blue by "the one who got away," the one they never stopped thinking about. The two main characters spent a passionate summer together in 2001, but a lot of water has moved under the bridge since they last communicated. Over the course of the weekend, they discover how much the other has changed, but also how much never changes. Interestingly, the one who is the most invested in the reconnection is the one who left without explanation 15 years earlier. There is some interesting relationship stuff in this story, but it gets buried in a bit too much navel-gazing, and not enough actual story.

The characters were interesting, and felt real, often relatable...but there were a lot of mysteries about them that were never revealed, so that felt like a bit of a let-down. There is a lot of angst, but it sometimes felt like angst for angst's sake, rather than a real exploration. Of course, it helps that the two male leads are both easy on the eyes, and not afraid to show some flesh. In the end, I felt like this film had a lot going for it, but it never lived up to its own potential.

Reid YonceReviewed in the United States on January 31, 2017
5.0 out of 5 stars
A refreshing story for our day.
Verified purchase
What a well written and interesting exploration of two peoples love, lives and aspirations. I was so gratified to see such a well acted portrayal of two gay men coming to grips with both their pasts and future. Not pompous, not salacious just and excellent movie.
It's such a shame that people will not even take a give this excellent movie a chance due to it being about a gay couple.

Weil It's their loss.

This was an excellent film.
18 people found this helpful

flapjackjoeReviewed in the United States on January 14, 2018
5.0 out of 5 stars
I LOVE this movie. My husband hates it.
Verified purchase
I personally love this movie. My husband hates it. I watch it about once a week (by my lonesome). Great story about love reignited, and how sometimes things just don't work out the way you wish they would, but for good reason. Fate has a plan, although it might not be the one you had in mind.

This movie may not be to everyone else's liking, but then again I know people who hate The Sound of Music and The Wizard of Oz, so...
5 people found this helpful

JT7Reviewed in the United States on May 16, 2021
5.0 out of 5 stars
Mesmerized
Verified purchase
For me any good movie is based in the writing and how well it develops. That might sound a bit trite, but it seems essential getting one from A to Z without falling into a droning abyss. Now to find actors to start the engine ...rev it a bit at times ...up hills and around a few curves and then drive it into the proverbial sunset. Both Lucas Near-Verbrugghe and Aaron Costa Ganis did it with, for me, phenomenal ease and focus. I was mesmerized from ignition to closing credits and as any good movie can do, wanting more. From a scale of 1 to 5, I'd give Lucas, Aaron, and writer/director Tim Kirkman an easy 6. As my dad use to say, "Well worth the price of popcorn!"

Roo-1Reviewed in the United States on February 3, 2021
4.0 out of 5 stars
Typica LA gay sociopath
Verified purchase
Great acting, good dialogue between two middle-aged gay men. I was really glad that Alex had the self-respect that a lot of LA gay guys don't have, but it explains why he is not in LA right? Dean, in the other hand, is typical cesspool LA gay sociopath who wants the career, money the accolades a fuckbuddy on the side all tied up with a bow and she doesn't get it her blood runs cold. I am actually glad that gay producer gave the green light to this movie the way they did because normally other gays cheer for gays like Dean.

PoggiReviewed in the United States on February 26, 2017
5.0 out of 5 stars
Great Movie!
Verified purchase
Very well written , and acted. One of the best gay themed movies I’ve seen. I’ve been in Joshua Tree many times really liked how this movie depicted the beauty of it. Am sure what happened to these two characters, has happened to some of us, at least one on our lives. Happened to me years ago, however like the old saying goes “When God closes one door, he opens another”. Sometimes you need to buy the past like Dean did.
4 people found this helpful

Russell SReviewed in the United States on February 19, 2021
4.0 out of 5 stars
Good but talky so be ready
Verified purchase
Dean, a graphic designer in Los Angeles, has a sudden change in his vision, and an ex-love from 15 years ago contacts him in hopes of restarting their relationship. When the two meet at a vacation house in the desert near Joshua Tree temperatures rise quickly and the old feelings surface fast. This movie is one that examines what happened with these men and why they broke up, each has a version and it can be pretty interesting too. Keep in mind, this is all about relationship and they talk a bunch, but it never seems to get heavy handed. Worth a look.
One person found this helpful
See all reviews
Back to top
Get to Know Us
Make Money with Us
Amazon Payment Products
Let Us Help You
EnglishChoose a language for shopping. United StatesChoose a country/region for shopping.
© 1996-2021, Amazon.com, Inc. or its affiliates