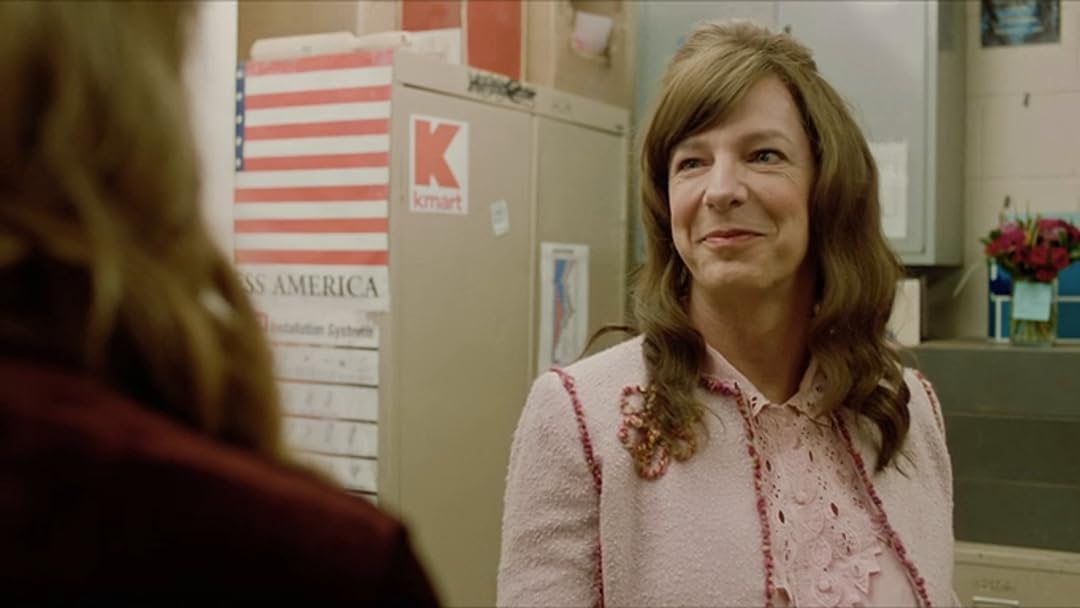 (817)
1 h 30 min202016+
Susan (Hayes) has always been the self-centered oddball who lazily skated through life with their begrudging support until one day she wakes up to realize she's middle-aged with no job, no relationship, and an increasingly estranged family. She finally decides to take charge!

Craig ParsonsReviewed in the United States on May 8, 2020
3.0 out of 5 stars
Much better than haters make it out to be
Verified purchase
I saw the trailer for this and was hooked. Then I saw the Rotten Tomatoes rating of 11% and some very bad reviews and hesitated. But I went ahead and gave it a try and I am so glad I did. I don't know why it was hated on so much. I think it was a very funny, well-acted, well-written indie and Sean Harris as a woman was done in a very creative and believable way. It wasn't campy or drag or silly, he was an actor playing a role and he did an amazing job. I found myself laughing all the way through it. It is a dark comedy and I will admit that there is a scene involving ketchup that I think I could have lived my whole life without seeing, but hey...the moral of the story here is don't listen to the haters, follow your heart. LOL
53 people found this helpful

MannyReviewed in the United States on April 4, 2020
5.0 out of 5 stars
Really fun and poignant too!
Verified purchase
This is a super fun film with laugh out loud moments (ketchup dipping! bathroom make out!) and a really talented cast. It’s unique and different and I found myself rooting for Susan. The script, direction, score, all production values are great and all the supporting players are all wonderful too.
33 people found this helpful

AlexsDadReviewed in the United States on July 20, 2020
1.0 out of 5 stars
Love Sean Hayes but this was disappointing
Verified purchase
I am a big fan of Sean Hayes and have enjoyed him in everything until this movie. This character had zero redeeming values other than her love for her niece. The character was not just lazy but 100% self-absorbed, a liar and a leech. I didn't care what happened to her. Alison Janney is an amazing actress, but her talents were largely wasted here. The ending of the movie seemed a bit trite. I did not believe the transformation of Susan. I look forward to Sean's future work. I believe in him and trust that the next thing will be great.
12 people found this helpful

audrey dReviewed in the United States on November 25, 2020
5.0 out of 5 stars
Living for Sean Hayes as Susan!
Verified purchase
I feel like I'm at a friend's house who's doing a private performance of his favorite character. This is hilarious. I found it delightful to watch. You have to appreciate Sean to really appreciate this piece of work. I can't imagine how he came up with this!!! But glad he did.
14 people found this helpful

John in TucsonReviewed in the United States on February 22, 2021
1.0 out of 5 stars
DON'T waste your money on this bomb - WTF happened?
Verified purchase
When I saw the names Sean Hayes, Allison Janney, and Matthew Broderick as the starring cast, I got excited. All of these actors are brilliant character actors that should easily deliver a quality product, and almost always do. It's not any easy thing to accomplish with any consistency, but all three of these actors have and do. I was really looking forward to a treat!
However...
I stopped watching this trainwreck at the halfway point, something I almost never do unless I am watching a real piece of dreck.
I'm not going to fault the actors though, in my opinion, they tried to deliver what the writer wanted them to, Sadly the writer, in this case, is Sean Hayes.
I'm a HUGE fan of Sean and he's turned out some damned brilliant performances throughout his career ('Promises Promises' comes to mind - WOW)
But his storyline (or whatever the heck it's supposed to be) just fell flat on its face from the opening shot. Sean's character is supposed to show us his range, I guess, but Sean as a female character isn't believable in any way and actually completely distracted me from seeing if there even was any hope of things getting a bit more clear, but it never happened. Since his role is the main character, everything pivots on his performance, which is sadly almost non-existent in this film. I hate that I had to stop halfway through the video and post this comment, but I'm only trying to convey my sentiments regarding this movie so you go into your purchase of this film with an honest reaction from me.
So, this movie is a huge disappointment. Sorry Sean, but sometimes things don't work on the screen as well as it does on paper. I'm still a fan of yours and will continue to be.

Daniele LugoReviewed in the United States on May 7, 2020
5.0 out of 5 stars
Ten Stars
Verified purchase
🌟Everything Sean Hayes does is 10 Gold Stars!

This is no exception- I have been gagging for new, fresh, and unpredictable material.🌟

This isn’t just funny, it is sad, it is relatable (everyone knows a Lazy Susan.) I will purchase this movie for my digital library.

Mark S.Reviewed in the United States on January 12, 2021
1.0 out of 5 stars
Dreadfully unfunny and dull.
Verified purchase
This movie was so bad and unfunny I cannot even waste my time reviewing it. Sean Hayes is dressed like a woman through the whole movie and nobody comments on it, I guess we are not supposed to notice? It didn't even come up in the movie once. Hayes gives another dull performance here. The whole thing feels like a bad SNL movie based on some terrible unfunny character on the show. Just dreary and unfunny from start to finish, the key word here is "UNFUNNY."
5 people found this helpful
See all reviews
Back to top
Get to Know Us
Make Money with Us
Amazon Payment Products
Let Us Help You
EnglishChoose a language for shopping. United StatesChoose a country/region for shopping.
© 1996-2022, Amazon.com, Inc. or its affiliates