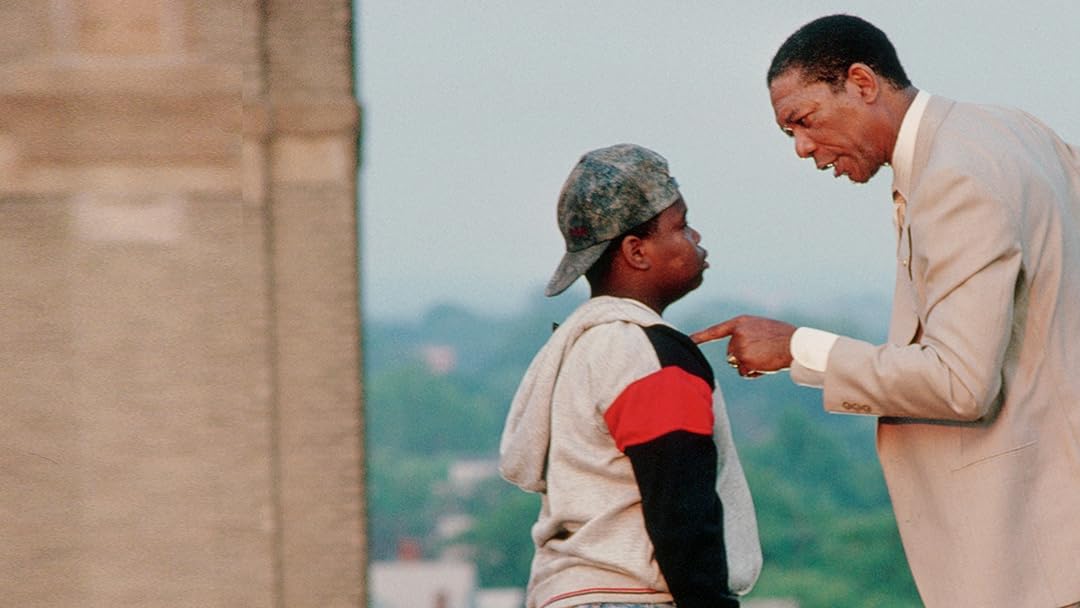 (4,637)7.41 h 48 min1989X-RayPG-13
Based on the true story of New Jersey high school principal Joe Clark,who wins the support and respect of his students for his controversialmethods…

Brew TimeReviewed in the United States on September 21, 2018
4.0 out of 5 stars
Great movie.
Verified purchase
I watched this movie when it was first released back in 1989. I watched it again because it's a great movie that showcases the power of strong leadership and how it can produce positive results. Many of principle Joe Clarks tactics were controversial at the time they were used and his delivery wasn't perfect but they did produce exceptional results. None of his tactics would be allowed today in our ultra-sensitive and litigious society which is very sad in many ways. When we had principles like Joe Clark we never or rarely heard of mass school shootings or other life threatening violence occurring in our educational institutions. There is a lot that can be said about the breakdown of discipline in our schools and its negative impact on schools today. One can't watch this movie without pondering the positive difference a principle like Joe Clark could have on a troubled student today or the positive impact that a principle like Joe Clark could have on a school that's failing its students.
12 people found this helpful
Report abuse

April WarkentinReviewed in the United States on September 20, 2020
5.0 out of 5 stars
Based on a true story- A late 80's classic | still relevant for 2020.
Verified purchase
Lean on Me is rated as 18+. Although, the first 3 times I saw it, were my freshmen, sophomore, & senior years of high school- in high school classes, although not Eastside High, not in New Jersey, not on the East coast, or even past California; the high school I attended was called East High. I was in high school 1994-97. And I didn't turn 18 (those 1st-3 times were all under age 18), until May 1997. The 18+ rating is mostly due to the language content- having done work in a detention setting, that comes with the nature of that job & jobs along that same line. That doesn't mean every person uses that language, but it is present in those settings.

Lean on Me is a good movie, that demonstrates standing up for justice, from a educational/school standpoint, from an at-risk & low income neighborhood standpoint. This is also an example of not letting self, pride, ego, & "I" control a person's character. Since it is a movie; not a documentary, there is of course a lot of acting. But there are youth today, who deal with a lot of the same issues, that are portrayed in the movie. As a person who is highly interested is helping high risk youth &/or youth who are or have already been in juvenile hall/custody, I appreciate this movie because it is based off of a true story, that involved a real high school, a real principal, real teachers, real students, real parents, & a real community.

BusyBookMommaReviewed in the United States on November 6, 2019
5.0 out of 5 stars
Amazing movie.
Verified purchase
This is one of my favorite movie starring Morgan Freeman. He does a phenomenal job portraying the principal brought in to take back control of a school that has been taken over by thugs. This movie is about the hard times people face, the struggles that can tear a person down to their lowest and what they must do to overcome those problems. It's a lot about those people who show up to fight for the ones who can't fight for themselves. It's about what one person is willing to do for another. This movie is full of victories and failures. I have bought many copies of this one over the years, because it gets watched so many times that I wear out the VHS/DVD. Money well spent IMHO!
4 people found this helpful
Report abuse

Jonny ScottReviewed in the United States on August 18, 2019
5.0 out of 5 stars
Happy ending, with administrators recapturing a school for the good of the students
Verified purchase
Uplifting movie, especially for teachers. Reinforces the FACT that no learning can occur in any school or classroom unless there is discipline. Classroom management is a function of the students (they need to behave), teachers (who need to consistently reinforce reasonable rules in the classroom so that learning can occur), and administration. Without administrative support for those few times when the teacher needs help, teachers need to KNOW that administration has their back with discipline of the students. This movie is so encouraging!!!!!!
3 people found this helpful
Report abuse

BullDogReviewed in the United States on November 14, 2016
5.0 out of 5 stars
THE GREATEST ONE MAN SHOW EVER!
Verified purchase
When I first rented this movie, at first I found it a litle too energetic and made me feel rather uncomfortable. However it grew on me immediately. Now I've purchased a copy here at amazon and very proud to have done so. For Morgan Freeman fans alike, this is one of his many great performances to enjoy. The greatest one man show you'll see. And also directed by one of the finest directors ever: JOHN G. AVILDSEN! The same director who brought us ROCKY, THE KARATE KID, THE POWER OF ONE and so much more. The moving true story of one tough principal who turned a failing high school around. He was targeted by some, but won over nonetheless. This film is non stop energy right from start to finish. Too bad Morgan, John, and this picture didn't walk away with Oscars. But this film remains total Oscar winning in my heart. And hopefully it will in yours too.
12 people found this helpful
Report abuse

l'humanisteReviewed in the United States on June 6, 2016
4.0 out of 5 stars
An 80's urban high school classic I remember fondly.... Morgan Freeman is GREAT as always!
Verified purchase
I remember watching this many years ago a couple times and loving it's edginess. It's got that 1980's style all through, and "reverent-amidst-chaos" overtone, kinda preachy attitude that collided with the counterculture of the time. Based on true accounts, It starts with the all white classic public school in 1960's semi-urban New Jersey, and then rapidly shifts 20 years ahead, post white-flight from the neighborhood as a lower income urban demographic, comprised of drug dealing/ using kids, alert---PUBLIC SERVICE ANNOUNCEMENT---- (what would Reagan say..." Hey Kids, Just say NO!), negative role models, burned out teachers with low morale in a trashed school setting. Ebbing and flowing through is the wonderful Morgan Freeman, first as an Afrocentric appearing, but charismatic teacher of white kids in the segregated '60's, becoming a total 180 degree opposite, a hard core leader in a suit for unruly, violent, impoverished, mostly minority urban high school kids. He realizes he has to develop a softer more humanistic side in order to make positive change lasting and effective, and to prove to the naysayers & powers that be that money and conventional, formulaic fixes aren't everything.(HINT: a clue lesson that MANY in gov. & educational leadership could learn from even TODAY!)
9 people found this helpful
Report abuse

On-line ShopperReviewed in the United States on February 23, 2020
5.0 out of 5 stars
Enjoyable and Engaging movie
Verified purchase
This movie was recommended to me, described as a really good movie. After watching it, I agreed. The theme seemed to be about breaking rules that didn't make sense to restore order to an otherwise dangerous situation. It's well acted and has a happy, mission accomplished ending. A kind-of hero type story ... removing bad influences and instilling discipline in teachers and students to encouraging unity towards a common goal of educating to improve the lives of students and indirectly teachers. In a word, inspiring.
Report abuse
See all reviews
Back to top
Get to Know Us
Make Money with Us
Amazon Payment Products
Let Us Help You
EnglishChoose a language for shopping. United StatesChoose a country/region for shopping.
© 1996-2021, Amazon.com, Inc. or its affiliates