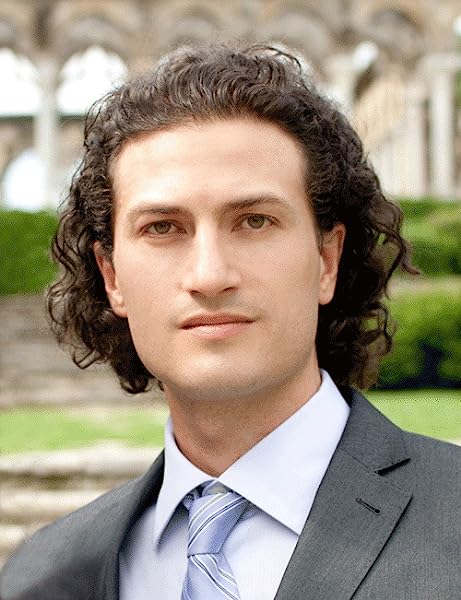 by Mr Ivelin Demirov (Author, Illustrator)
2.7 out of 5 stars 18 ratings
See all formats and editions
Sorry, there was a problem loading this page. Try again.
Read more Read less
Previous page
Next page

2.7 out of 5 stars
2.7 out of 5
18 global ratings
How are ratings calculated?
To calculate the overall star rating and percentage breakdown by star, we don’t use a simple average. Instead, our system considers things like how recent a review is and if the reviewer bought the item on Amazon. It also analyzes reviews to verify trustworthiness.
Top reviews

Reader
1.0 out of 5 stars Terrible explanations
Reviewed in the United States on January 12, 2016
Verified Purchase
This book has many typos and errors, starting with the table of contents. Yes, it has graphics to explain the concepts "visually", but the written explanations are so plan and superficial as to be useless. The diagrams do not compensate for this huge flaw. Don't waste your money.
Read more
One person found this helpful
Helpful
Report abuse

Amado
1.0 out of 5 stars One Star
Reviewed in the United States on August 9, 2015
Verified Purchase
Nothing break-through or visual except syntax highlighted code snippets.
Read more
One person found this helpful
Helpful
Report abuse

Geert Anthonis
1.0 out of 5 stars Brings nothing new or interesting to the table. You will not learn Python this way.
Reviewed in the United States on February 27, 2018
I bought this book as a pdf when it first came out and then forgot to download it. A couple of days ago while cleaning up my emails I found the order but could not find the pdf anywhere. After some searching I recuperated the link and the pdf file.
If you are starting out and want to learn how to code this book will not get you there. It is way to superficial and lack any depth. If you already know how to program and want to learn Python this book will be of little use to you as it does not cover any Python specific subjects in particular.
Furthermore I don't get the visually in the tittle. There are indeed, as some others have already pointed out, very few illustrations in this book unless one counts all the colour coded code fragments as visual aides. I'm a slow reader but breezed through this one in barely a few hours as there is so much white space and so little substance to it.
Read more
Helpful
Report abuse

Emma R.
2.0 out of 5 stars Not very visual and struggles to target any specific audience.
Reviewed in the United States on May 13, 2015
I'm rating this book 2 stars because the premise is teaching *visually". This is where the content doesn't live up to the title. I actually backed this as a Kickstarter project, so I wasn't familiar with the author previously, other than knowing he had previously successful kickstarter projects that were funded and delivered. This was a draw for me since many projects on that site promise a lot, but fail to deliver. Similarly, while the author delivered a finished, good looking product according to schedule, upon reflection, I'm disappointed that it isn't more "visuall."

To me, I don't count code snippets as "visual aids", even if they have fancy color coding. I really expected some creative use of graphics and real-world objects, drawings, or doodles to illustrate the concepts in unique ways. I also expected these to equal or possibly even exceed the number of code snippets/screen shots. As well, you'd think the two would be presented side-by-side to again emphasize or relate the visual aids to either the individual lines of code or the actual output.

In the entire book, I counted a whopping 13 graphics. That's less than 1 for every 10 pages of content. While some of those graphics could be considered more than 1, I counted a small group of similar ones as one, and am not counting the basic graphic that shows how indexing works for strings, as that's pretty standard in nearly every programming book. I am disappointed that the graphics that are there aren't really that good. Nothing really unique, and it's more like a one-off graphic such as a train on a circular track than something that really explains a loop in more depth. Similarly, there's no decision diagrams, flowcharts, or even those types of basic graphics, let alone anything more innovative. If you take out code snippets and brightly colored test, there's very little that's actually "visual" in the way this material is presented.

As for the content, it's neither true beginner level nor highly advanced. It can't really make up its mind as to whether you should have some programming knowledge or not. For instance, mutable vs. immutable variables are barely explained, yet great detail is given as to mathematical operations, their use, syntax and examples. Similarly, very little is done in terms of actually getting you up and running with Python and the author gives no resources as to what he used to write his code in. This is unfortunate, as it would be better to have the same editor that color formats the code the same way as the examples. Overall, if Python is your first language, I think you'll easily get lost or have to do some digging for more info on some of the material for more information. At the same time, experienced programmers likely won't get a ton of benefit as the concepts that are explained in detail will likely be similar to other languages.
Read more
2 people found this helpful
Helpful
Report abuse

Drew W
4.0 out of 5 stars Well-paced, Visual Introduction to Python 3.x Development
Reviewed in the United States on March 25, 2015
Quick Review Summary:
This is a good book for beginners to programming and Python 3.x, but it is only useful for beginners. Most burgeoning developers who stick with it will want to invest in a better reference once they learn the basics.

Full Review:
Learn Python Visually is in the same vein of the Head First series of books as it tries to break down abstract concepts in programming languages using visual diagrams and casual language to introduce concepts to the reader. Most concepts in the book are further explained using a plethora of brightly-colored tables, diagrams, and pictures all meant to help the user visualize how each aspect of Python works. Afterwards, the user is given a short quiz or exercises which asks simple questions or requires a block of code covering the previous topic. At no point is the material presented overwhelming and each topic is covered to the point that a novice developer would have no problem developing simple command-line programs.

The contents of the book include how to install the Python development environment, Python 3.x development including language syntax and standard library contents, and ends with a mish-mash of topics as they relate to Python. These are additions are nice, but by no means are they definitive explanations of each of the topics and divert from the focus of the book, which is learning Python. Each of the topics -- including JSON, sqlite3, and Flask provide snippets of each, but leave a lot to be desired and I feel would stand better as independent resources or as parts of larger projects to facilitate learning, rather than diversions from core Python.

Final thoughts:
While certainly not a definitive resource on Python it is a good reference for a beginner in a style that may be off-putting to some while very helpful to others. For those that can handle the dry, focused stream of reference material provided by say an O'Reilly book then I would probably go in that direction, but for someone who is learning programming or wanting to learn Python in a non-traditional way then I would absolutely check this book out.
Read more
5 people found this helpful
Helpful
Report abuse
See all reviews
Back to top
Get to Know Us
Make Money with Us
Amazon Payment Products
Let Us Help You
EnglishChoose a language for shopping. United StatesChoose a country/region for shopping.
© 1996-2021, Amazon.com, Inc. or its affiliates