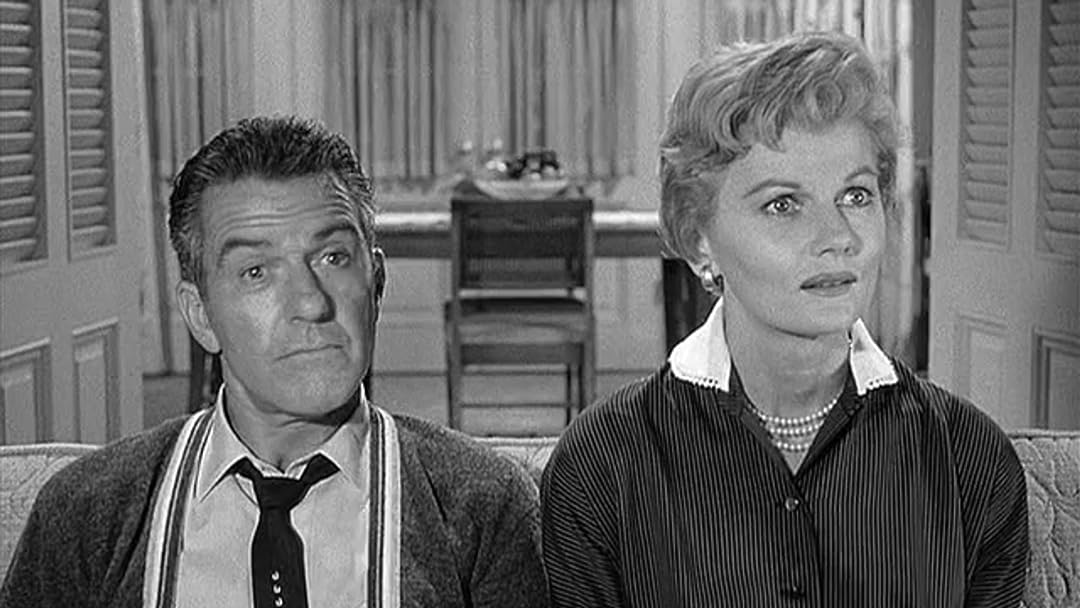 Leave it to Beaver

(740)7.51960TV-G
From creators Joe Connelly and Bob Mosher come the comedic tales of young Theodore "Beaver" Cleaver and his priceless experiences on Pine Street. Join Beaver and others as they learn the meaning of childhood, and the value of family through it all.

Retired Soldier/Sailor.Reviewed in the United States on May 7, 2020
5.0 out of 5 stars
Woah!
Verified purchase
Only complaint I have is that they pressed these so they s-t-r-e-t-c-h to fit the s-c-r-e-e-n.
So, I had to readjust the picture to "NORMAL" to watch The Cleavers in normal proportions.
That said, back in the olden days 39 episodes were filmed, per-season. I have all six seasons,
bought one-season-at-a-time. I, very-much, enjoyed all of the episodes. Probably more than
MOST. In the later years as "The Beaver" grew older, his antics didn't anger ME. When he was
in his various school grades, so was I. Wally SHOULD have been in COLLEGE that last year . . .
as memory serves. I've seen every season, now, but the last two. Memory lane stuff . . . perfect
re-masterings. While Ward Cleaver NEVER smokes on-screen (like in the pilot episode[different
Ward & Wally]). Worth your time watching.
Each season's S=I=X DVDs are filled with PLENTY of ooohs and ahhhs! Real life entertainment!

R. L WrightReviewed in the United States on June 29, 2017
5.0 out of 5 stars
A perfect time capsule for baby boomers
Verified purchase
I loved this show when I was a kid. I was in Beaver's age group when it was telecast in prime time back in the early 60s It was so refreshing having a TV show that was seen from the kid's point of view, unheard of at the time. It is no wonder it has survived the test of time. I have purchased all six seasons on DVD and whenever I get a little nostalgic, I watch a few episodes and my mind goes back to that innocent time.
10 people found this helpful

William BilyeuReviewed in the United States on November 5, 2020
5.0 out of 5 stars
Great nostalgia and viewing
Verified purchase
Wonderful collection of a classic television show. I remember this series from my youth and associated myself with Beaver as we were about the same age. I now have all but one of the seasons. All of the actors were great. Miss Landers was one of my first crushes. RIP, Sue Randall, you were beautiful. Hugh Beaumont and Barbara Billingsley were great parents and Tony Dow as Wally was the best brother. I even liked Ken Osmond (RIP) as Eddie Haskell. I enjoyed this show and the DVD played perfectly. It makes me feel young again.
One person found this helpful

Doc SavageReviewed in the United States on August 9, 2015
5.0 out of 5 stars
Good Television viewing for the entire family!
Verified purchase
Transfer of all seasons so far of "Leave it to Beaver" over to DVD format has been excellent. I enjoy these early episodes when the Beaver was cute and always getting into trouble. The stories are all golden with a moral to the story that both parents and children seem to learn. This type of television writing was subtle about sending us a message or making us think about everyday life situations. Sitcoms like: Father Knows Best, My Three Sons, and Leave It To Beaver were all excellent about showing us the American way of life. The Andy Griffith show and Real McCoy's also brought family value situations along with comedy to the Television screen. The 60's were a special time for growing up and learning some of these family values which should carry over to this day.
12 people found this helpful

annieReviewed in the United States on February 2, 2017
5.0 out of 5 stars
Classic cometh!
Verified purchase
This s was a very good show! Discs played fairly well one broke up once but it didn't bother at least. Each show has a moral for kids and adults to learn by. Beaver gets into all sorts of trouble with his friend Larry. Wally begins to get more interested in girls and Eddie is his typical too polite self to Mrs. Cleaver. So sit down in a comfortable place and enjoy another great season of the classic show. No matter if your old, young or in the middle you can probably connect to many of the shows.
7 people found this helpful

T. ParkingtonReviewed in the United States on March 28, 2014
5.0 out of 5 stars
LOVE THE SERIES, dislike the way it was released.
Verified purchase
I love the Beav, always have. I watched him when he first premiered on TV and he's still a favorite of mine today in reruns. I've waited a long time to own the series on tape or DVD. My only complaint? Again I'm in the middle of buying a TV series when seemingly out of the blue they release the entire collection at a reduced rate (not only Leave it to Beaver but many others). Now do I sell what I've already bought and buy the complete series or continue on buying individual seasons knowing I'll pay more in the end. If they are going to release the entire series do it first and give me and others who love classic TV a break instead of nickel and diming us to death.
9 people found this helpful