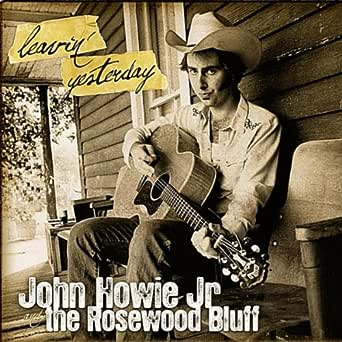 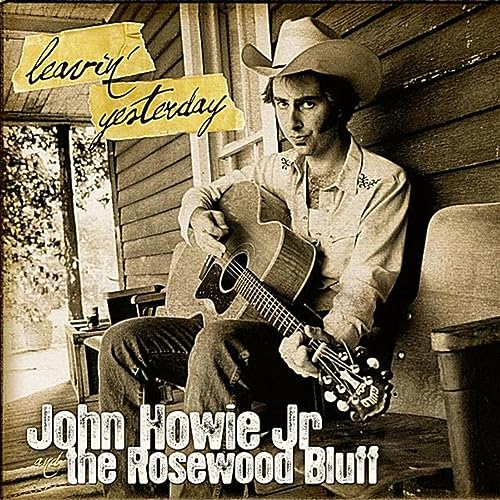 Listen Now
Buy MP3 Album $8.99
Your Amazon Music account is currently associated with a different marketplace. To enjoy Prime Music, go to Your Music Library and transfer your account to Amazon.com (US).

4.7 out of 5 stars
4.7 out of 5
6 customer ratings
How does Amazon calculate star ratings?
Amazon calculates a product’s star ratings based on a machine learned model instead of a raw data average. The model takes into account factors including the age of a rating, whether the ratings are from verified purchasers, and factors that establish reviewer trustworthiness.
Top reviews

JMalm
4.0 out of 5 stars Leavin a too tight fittin JC Penney suit behind.
Reviewed in the United States on November 12, 2011
Verified Purchase
In Two Dollar Pistols John Howie Jr was the lead singer. That band did some great stuff over the years but their western suit was very tight fittin. They had a "sound", much based on Howie Jr:s ability as a country singer, but their songs sounded much the same. So I went Country Grand High when I first heard this solo project with his exellent sidekicks The Rosewood Bluff. The songs of the album has a much richer and wider approach and the arrangements are more set in different directions, than TDP:s. It kicks country ass. The opener Watch me fall is a real rocker and Tryin not to think and Last great guitar slinger is 10/10 country songs. All in all a great album and a real surprise for me!
Read more
2 people found this helpful
Helpful
Comment Report abuse

John C. Roemer
5.0 out of 5 stars Country disc of the year?
Reviewed in the United States on December 7, 2011
Verified Purchase
I buy dozens of country discs a year, and for me this is the best of 2011. John Howie's a consummate country vocalist, the lyrics manage to make the standard country themes sound fresh, and the picking is top-notch, particularly the scintillating steel and electric guitar work. This is the real deal, with no relationship to the "country" pop sludge that infests the radio.
Read more
3 people found this helpful
Helpful
Comment Report abuse

Edward
5.0 out of 5 stars Genuine Country at its Finest
Reviewed in the United States on March 26, 2013
This is based on my review on my music website, Midnight Calling Ezine:

I have had the pleasure of seeing John Howie Jr. on the stage a few times, and the misfortune to miss him a few more. When I saw him at Puckett's in Charlotte NC about a year ago, John Howie remarked to the audience that when someone mentions Country music, it can mean many different things. This is very true, thanks to the marketing ploys of the music industry. Yet, as John Howie noted, there is really only one kind of genuine country music. John Howie, Jr. and others like him insure that the Country spirit will never die.

There is no doubt whatsoever that John Howie Jr. is a songwriter, singer, and performer in the best tradition of genuine County music, following in the footsteps of people like Hank William, Sr. Floyd Tillman, Merle Haggard, George Jones, and George Strait. I am not going to review this CD in my usual track by track manner, because they are ALL excellent songs.

"Leavin' Yesterday" is clearly inspired by traditional Country music and Honky Tonk, yet indubitably bears John Howie, Jr.'s own stamp. John Howie draws from a number of influences, and is not limited to any particular one. `Watch Me Fall" is simply magnificent. I saw John Howie perform this at Puckett's and was simply blown away, so I was thrilled to see it on this album. "Handful of Heartache" and "I'm so Happy I Could Cry" are stellar examples of classic Honky Tonk. Slower numbers include "Downhill", "I Don't Mind Cryin'", "AAA", while "Makes the Three of Us" (one of my favorites) and "I've Found Someone New" would make even The Possum cry. "The Last Guitar Singer" and "Dead Man's Suit" are in sort of a George Strait mold, and make me think of driving under the endless sky from horizon to horizon. "Back to Basics" brings the Country greats of the '70′s to mind, and "Trying Not to Think" is pure, one hundred percent traditional country. The final song is the title track, the outstanding "Leavin' Yesterday". This is another song of loss, but not of the mournful sort. Galloping into a figurative sunset, this is a perfect road song, and ends the CD on an appropriate, energetic note.

"Leavin' Yesterday" is not to be missed by anyone who appreciates Country music, Honky Tonk, or any underground music with genuine roots and contemporary expression. John Howie, Jr. and the Rosewood Bluff is living proof that Country is still relevant in today's world. The other band members are also truly accomplished in their own right, and this is evident from the sheer excellence of this CD. Production is great, and everything is right where it should be. I look forward to hearing more from John Howie, Jr.

Rebus
5.0 out of 5 stars Solid Bakersfield
Reviewed in the United States on August 7, 2013
This is a great Country Rockin Band who can do Bakersfield at its best. Buy this, love it, then look on Youtube for their live stuff. Best version of Why You Been Gone So Long you will find anywhere. If you are ever in the Carolinas, find these guys live.
Read more
2 people found this helpful
Helpful
Comment Report abuse
See all reviews from the United States