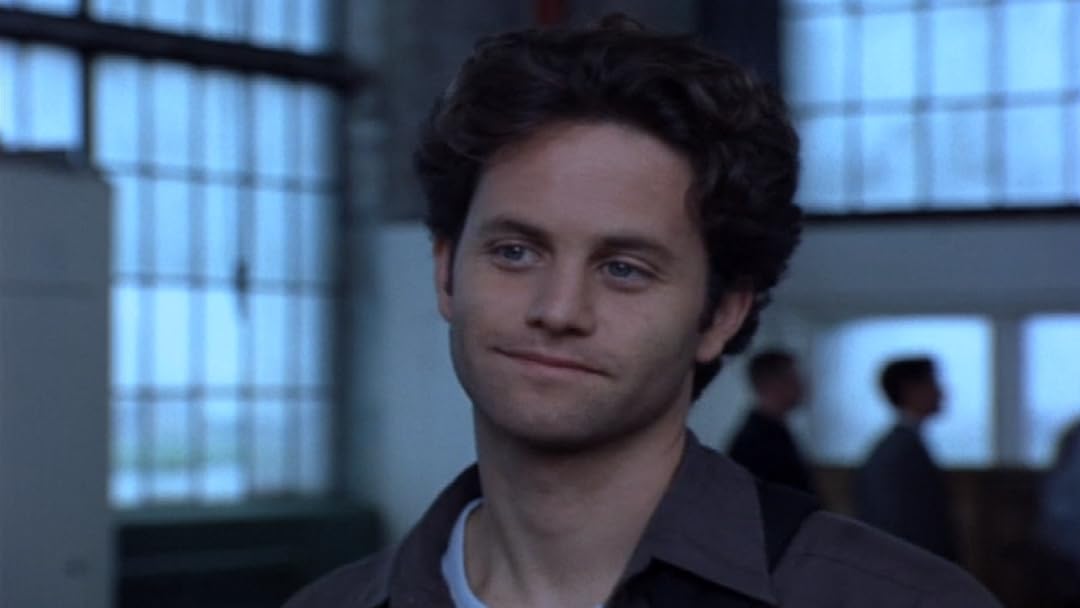 Left Behind: The Movie

(1,951)
4.51 h 39 min2000X-RayPG-13
After learning that millions have completely vanished, an airline pilot, his daughter and others work together to unravel the mystery of those left behind in this film based on the hugely popular book series.

joysyearReviewed in the United States on January 4, 2019
5.0 out of 5 stars
Way better and completely different from the Nick Cage remake
Verified purchase
I am so glad my husband and I decided to try and find the original after watching the remake last night we where completely confused by the story-line. This movie was very well done, closer to the biblical message and still gave the viewer a hope in redemption in Christ and was really thought provoking. I can't wait to watch the 2nd one tomorrow night. Great Job Kirk Cameron. Makes you wonder though....with the original being done so well, what was the motivation behind the remake? I hope it leads others like myself to seek the original version.
66 people found this helpful

Jr.Reviewed in the United States on August 2, 2019
5.0 out of 5 stars
Please watch this.
Verified purchase
Great movie. I believe everyone should watch this movie. We know that there will be a rapture of the Christian born again believers. The movie depicts the rapture the way it will probably be. The rest I don't know about. I do believe it will be awful for the ones left behind. So many writes a bad review without watching the complete movie. I believe it's because they are to scare to see what is coming. The atheist real fear should be in dying without their savior. Hell is real and Jesus Christ loved us so dearly that He died a horrible death to save us from it. I always take the chance to tell people there is hope and that hope is Jesus Christ. Christians will be persecuted and made fun of but if I can get one person to receive Jesus Christ it is well worth the laughs they give me. Watch the movie and tell yourself "suppose it is real."
45 people found this helpful

Bruce D.Reviewed in the United States on April 25, 2019
1.0 out of 5 stars
Nice try. Not really Really confusing attempt at pseudo theology.
Verified purchase
It is tough trying to predict the end times. This appears to be a mix of a current secular and religious world views mixed with a large dose of modern interpretation of the book of Revelations. The tribulation is a serious time set by God to pour out his righteous judgement on mankind. This movie seems like an attempt to scare people into heaven without a well crafted to story to truly reach down into the very soul mankind and touch the VOID in the heart of man that can only be filled with indwelling presents of God himself.

The Fear of the Lord is the beginning of wisdom: and the knowledge of the holy is understanding.

Gail GreenReviewed in the United States on April 5, 2019
1.0 out of 5 stars
Get someone who can act.
Verified purchase
Some of the worst acting I have seen in a long time. Why people worship alien beings in the first place is a mystery to me
40 people found this helpful

captempReviewed in the United States on April 5, 2019
1.0 out of 5 stars
Pure garbage.
Verified purchase
Garbage.
37 people found this helpful

Cindy ShinnReviewed in the United States on November 6, 2018
1.0 out of 5 stars
Didn't like it
Verified purchase
Didn't care for it.
27 people found this helpful

HeidiReviewed in the United States on October 6, 2019
5.0 out of 5 stars
Made me aware of rapture and biblical verses regarding end times prophecy
Verified purchase
Favorite rapture movie because unlike most end times movies, this movie, with the fabulous Kirk Cameron, clearly connects the end times back to the Bible, mentioning specific Bible verses, portraying the rapture, and helps viewers better understand the difference between knowing about truth and believing truth. Illustrates the possible character and position of the Antichrist, the prophecy regarding ten kings, how Satan deceives and appears to play the good guy unless you are born again, what it looks like to accept Jesus and receive ability to recognize truth from deception, the significance of Israel and the third temple and a general basic familiarity with end times prophecy. I knew nothing about the rapture or end times prophecy until I saw this movie in 2001.
12 people found this helpful

Center for Advanced Formicidae StudiesReviewed in the United States on April 17, 2019
3.0 out of 5 stars
Issues, but worth it.
Verified purchase
In this film there exists some interesting theological issues, which interpreted theologically (rather than philosophically) give one an "uh huh" moment. Only, this is a film reserved for the evangelical mindset, no doubt, written for the evangelical crowed. Firstly, it and the prior installment suggest the anti-Christ is a person, rather than a 'way of being'; in the christian sense, both Gnostic and Orthodox, Jesus ben Joseph taught a way to live. This film focuses most definitively on literal Apocrypha pointing out a single man with a single goal, and not, as the tri-part trilogy suggests in the manner it is writ, a "nation" or set of ideas driving behavior. The anti-Christ is not a person, it's the denial of the behavioral Christ (anointed). Next, the film assumes from an evangelical sense, that people will be whisked away leaving only clothes behind, which is not the case in written form at all; if you're still here being reincarnated, you have yet to make it to heaven (Gnostic)/ if you're present at the end of days, your virtue in action solidifies - like all of time- your place with God (orthodox). Some how, the evangelical nature of American Christianity has promoted the idea that magic will take place and you'll avoid all suffering - suffering which is the point of material life abandoned for spiritual faith. Then again, these are the same mega-church goers who promote a 'prosperity gospel'. . .

The film is nice, in its neche, but beyond the suppression of better knowing, it's lackadaisical to any truly-read Christian. The acting is 'b-actor' grade, and the script is a three-part trilogy that makes for a slow movie, without intent to finish it in parts. With intent to finish its parts, it plays out in the most literal sense the Apocrypha of John [of patmos} can offer. Almost silly - with fire breath and a 'foretold Satan' in human skin.