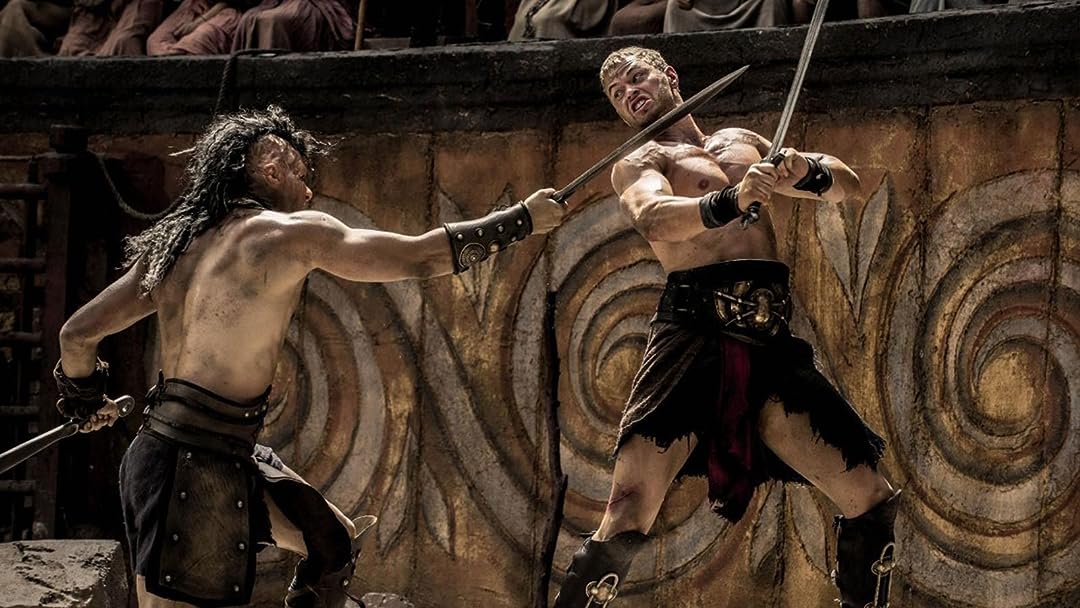 The Legend Of Hercules

(3,546)
4.21 h 38 min2014X-RayPG-13
HD. The mythical Greek hero is exiled by his cruel stepfather and must use his extraordinary strength to fight his way back to his kingdom.

Rick T.Reviewed in the United States on February 13, 2020
1.0 out of 5 stars
Boring! Terrible film!
Verified purchase
This movie was riddled with way too much yelling, screaming and testosterone. While some of the special effects are just alright, the Nemean lion that Hercules battles in one scene looks phony at best. Hercules, looking like a beefcake at a toga party, starts using his superpowers only towards the end of movie. If anything, this movie might be entertaining for children but who am I to say it so. The sets looked like they were purchased at a Dollar Tree type of store and costumes were simply awful. Acting was overdone in much of the scenes.
9 people found this helpful

John ClementReviewed in the United States on June 24, 2020
5.0 out of 5 stars
Not the legendary Hercules, but entertaining with good 3D
Verified purchase
The 3D is very good with not too much popout. People who appreciate reproductions of ancient times will find this scenically wonderful. About the only fidelity to the mythology is that he is born of Zeus and is a champion of the powerless. In mythology Hera tries to kill him, but in the movie she helps him. It is an entertaining romance/action film. They mention that he will have later exploits, but none happen. One wonders if they were planning sequels?
2 people found this helpful

Steven I. BennettReviewed in the United States on June 7, 2020
1.0 out of 5 stars
Worst movie in the 21st century
Verified purchase
This is got to be the worst movie yet I have ever seen I had checked the credit prior to renting and realize that one of the characters was in the series" Spartacus,", however and sadly his acting was very limited and Below his potential the storyline was pretty sad and disjointed and it was just the most ridiculous rental I've ever spent money on it wasn't worth the 3.99 and It wouldn't even be worth $0.99. I should ask for my money back. It was that terrible
3 people found this helpful

Feisty Redhead and Disabled VetReviewed in the United States on October 6, 2016
4.0 out of 5 stars
Definitely worth watching!
Verified purchase
I simply don't understand why people rate this movie so low or hate it, other than being purists hung up on the traditional Hercules legends. First, the plot was decent with no major holes. Yes, it differed significantly from Hercules mythology (most notably Hera) but if you take it on its own merit, it was good, consistent, and realistic; surprisingly, despite tending to be a purist myself, I kind of liked the divergence, as it put a slightly different spin on the story and movies sticking strictly to the mythology have been done to death. I also like how they kept him literally a son of Zeus and gave him supernatural powers (which would only make sense as a demi-god), when many Hercules movies keep him strictly mortal and maybe being stronger than normal. Second, the acting overall was good, with Lutz a pleasant surprise. Most big guys are cast based on body and have ZERO acting ability. However, Lutz is definitely different than the norm, and shows a full range- not the typical stoic/plastic look most big guys show. His shock, rage, then grief and worry over Hebe's wounding was particularly well done. He also consistently shows the optimism and hope his character is trying to encourage. Definitely gets to shine here vs his meathead role in Twilight. Third, the sets and costumes were great.

Overall, this movie far exceeded my expectations given Its rating. Recommend watching, if you can cast your preconceptions aside.

acruzReviewed in the United States on December 2, 2019
2.0 out of 5 stars
The first 5 minutes are great
Verified purchase
Bad directing, bad editing, awful special effects but the first 5 minutes is worth watching where both kings are fighting. Adkins is always worth watching but Kellan Lutz as Hercules is very boring and not believable; he looks like a giant tick that just gorged on blood. Most of the actors acting is bloody awful as well. I rented for the .99 special which didn't make this too painful
2 people found this helpful

jonathan kellyReviewed in the United States on May 8, 2014
1.0 out of 5 stars
So Bad!
Verified purchase
This movie is pure crap. Here is a list of reasons why:

1. The "plot". The movie is more about the romance of Hercules than actually fighting. (Nobody watches Hercules for a love story).
2. The acting is pure awfulness. ( I'm not sure if that is a word but this movie deserves a new word for bad).
3. The graphics look like something off of a MySpace page from the late 90's.
4. The corny factor. Even Chester Cheetah thinks this movie is way too cheesy.
5. I was charged $3.99. I fell like the movie company owes me $43.99 now. $3.99 for the movie and $20.00/hr for watching such crap for 2 hours. I deserve to be compensated for this.

If you like Plot-less, cheesy movies, with bad acting and "special" effects that look like they're drawn with a crayon, and you absolutely hate your money, then this movie is for you. Otherwise you'd be better served watching something else... anything else.

BethReviewed in the United States on September 16, 2017
5.0 out of 5 stars
I grew up with all the tv Hercules movies, this one is pretty good.
Verified purchase
I heard people say it wasn't very good. It's a mythological character and the film is pretty good. Not the best but I thoroughly enjoy it as another mythological movie and I loved the action.
10 people found this helpful
See all reviews
Back to top
Get to Know Us
Make Money with Us
Amazon Payment Products
Let Us Help You
EnglishChoose a language for shopping. United StatesChoose a country/region for shopping.
© 1996-2022, Amazon.com, Inc. or its affiliates