Add to Cart
$39.99
& FREE Shipping on eligible orders. Details
Sold by: Amazon.com
Have one to sell?
Sell on Amazon 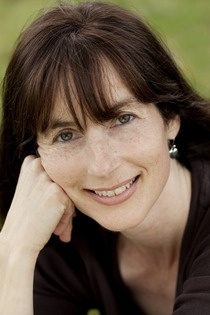 "The realistic depiction of the children's emotions and ways of expressing them will resonate with readers. Great for discussion, this involving and, at times, riveting chapter book has something to say and a deceptively simple way of saying it."

Jacqueline Davies is an award-winning author of numerous children's books. Her works include Where the Ground Meets the Sky, The Boy Who Drew Birds: A Story of James Audubon, The Night is Singing, and the Lemonade War series. Davies has won a number of awards for her work and was included on the New York Library's Best Books list. She has a BA in creative writing from Brown University and lives in Needham, Massachusetts with her three children.

Start reading The Lemonade Crime (The Lemonade War Series Book 2) on your Kindle in under a minute.

4.7 out of 5 stars
4.7 out of 5
238 customer ratings
How does Amazon calculate star ratings?
Amazon calculates a product’s star ratings based on a machine learned model instead of a raw data average. The model takes into account factors including the age of a rating, whether the ratings are from verified purchasers, and factors that establish reviewer trustworthiness.
Top Reviews

Kauai Mom of two boys
5.0 out of 5 stars My son loves this series
Reviewed in the United States on September 10, 2016
Verified Purchase
My son loves The Lemonade series. I'm always looking for books that he enjoys. We want our son to become a life long reader and providing books that he enjoys hopefully will help us accomplish that goal. He just started third grade doesn't seem to have any problems reading this book. It takes him a little under 15 minutes to read the chapter so he's usually reading a chapter and a half or two chapters night to meet his 20 minute go every day. He hates ending in the middle of the chapter, so fortunately, most nights he ends up reading two chapters which goes over his 20 minutes requirement. Hopefully we can find another series he enjoys reading when he's completed all five books of the lemonade series!
Read more
One person found this helpful
Helpful
Comment Report abuse

Juhold
5.0 out of 5 stars Great series of books!
Reviewed in the United States on December 17, 2016
Verified Purchase
Seriously? What can you say about Jacqueline Davies's "Lemonade Wars" series that hasn't already been said? My 10-year old son who is just "okay" with reading, really enjoyed the humor in these books. The author teaches the reader so many subtle lessons about marketing, money, advertising, etc. It was just such a neat book, we had to get the rest of the series!!!
Read more
3 people found this helpful
Helpful
Comment Report abuse

Sharif
5.0 out of 5 stars a delightful sequel
Reviewed in the United States on October 20, 2013
Verified Purchase
Evan and Jessie are siblings who are convinced that Scott Spencer took something from them. In the previous book, THE LEMONADE WAR, money made from selling lemonade was stolen. This sequel is a follow-up in which readers get to see what's going on with the missing money.

Accusing Scott of theft isn't the easiest thing since Evan and Scott are friends, plus Scott is popular. Nevertheless, Jessie wants to see justice served. Their class creates a mock trial complete with a courtroom, jury, and audience. People take sides, argue about who'll be the judge and attorney, and are shocked when the truth about the money comes out.

This is a delightful sequel. Children are sure to learn about the legal process since Jessie and company aim to adhere to the law. Dynamics between friends and weaving a web of secrecy and lies are other themes found in this book.

Kristin Lewis
5.0 out of 5 stars Teaching 5th Grade
Reviewed in the United States on August 10, 2016
Verified Purchase
Great book! My own kids loved it. As a 5th grade teacher I also used this as a read-aloud while teaching our economics unit. At several points in the story I stopped and assigned projects, such as writing a lemonade stand business plan and making a spreadsheet to calculate costs, revenue, and profits.
Read more
4 people found this helpful
Helpful
Comment Report abuse

Marc B.
3.0 out of 5 stars Adequate
Reviewed in the United States on July 1, 2019
Verified Purchase
Predictable. But good lessons to be learned. I wish it was a stand alone story, but it leaves on a "cliffhanger " so it doesn't end. It didn't grab my attention enough to want to read the next one in the series though.
Read more
Helpful
Comment Report abuse

lilpuck
5.0 out of 5 stars Great Book
Reviewed in the United States on May 28, 2019
Verified Purchase
Ordered this for my Mom who is a 3rd grade teacher. Her class read the first book and was hooked so they needed the second. Her whole class loved the series!
Read more
Helpful
Comment Report abuse

Demon reader
5.0 out of 5 stars This book holds a kid's attention and makes them WANT to read!
Reviewed in the United States on April 24, 2016
Verified Purchase
I initially ordered this book for the kindle. I received both the kindle version (and the paperback book) - it may have been my mistake, but I don't recall ordering both. Nonetheless, this book was so good to my 9 year old that he'd already finished the kindle version by the time the paperback arrived 2 days later! He loves this series and read the entire series in less than a week.
Read more
Helpful
Comment Report abuse
See all reviews from the United States

Win Sun
5.0 out of 5 stars I don't know, but my 9 years old daughter said it's the best book ever!
Reviewed in Canada on May 7, 2013
Verified Purchase
It's fun, it's educational (around entrepreneurship), it has a twist to it. Definitely recommended,
BTW, she is on the 4th book of the series.

Jenza
4.0 out of 5 stars Good read
Reviewed in Canada on August 5, 2013
Verified Purchase
My 10 year old son really likes this series. He likes how the stories flow from one book to the next. He also thinks these books are funny and will actually read them again.
Read more
Helpful
Sending feedback...
Thank you for your feedback.
Sorry, we failed to record your vote. Please try again
Report abuse