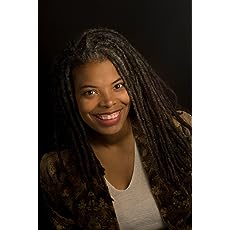 Leslie Gaston-Bird (AMPS, M.P.S.E.) is author of the book "Women in Audio", part of the AES Presents series published by Focal Press (Routledge). She is a voting member of the Recording Academy (The Grammys®) and owns her own company, Mix Messiah Productions, specializing in re-recording mixing and sound editing. Prior to that, she was a tenured Associate Professor of Recording Arts at the University of Colorado Denver (2005-2018) where she also served as Chair of the Department of Music and Entertainment Industry Studies. She led groups of Recording Arts students in study abroad courses in England, Germany, and Italy which included participation in AES Conventions. Leslie has done research on audio for planetariums, multichannel audio on Blu-Ray, and a comparison of multichannel codecs that was published in the AES Journal (Gaston, L. and Sanders, R. (2008), "Evaluation of HE-AAC, AC-3, and E-AC-3 Codecs", Journal of the Audio Engineering Society of America, 56(3)).
Read more 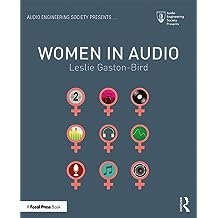 Women in Audio features almost 100 profiles and stories of audio engineers who are women and have achieved success throughout the history of the trade. Beginning with a historical view, the book covers the achievements of women in various audio professions and then focuses on organizations that support and train women and girls in the industry. What follows are eight chapters divided by discipline, highlighting accomplished women in various audio fields: radio; sound for film and television; music recording and electronic music; hardware and software design; acoustics; live sound and sound for theater; education; audio for games, virtual reality, augmented reality, and mixed reality, as well as immersive sound.

Women in Audio is a valuable resource for professionals, educators, and students looking to gain insight into the careers of trailblazing women in audio-related fields and represents required reading for those looking to add diversity to their music technology programs.