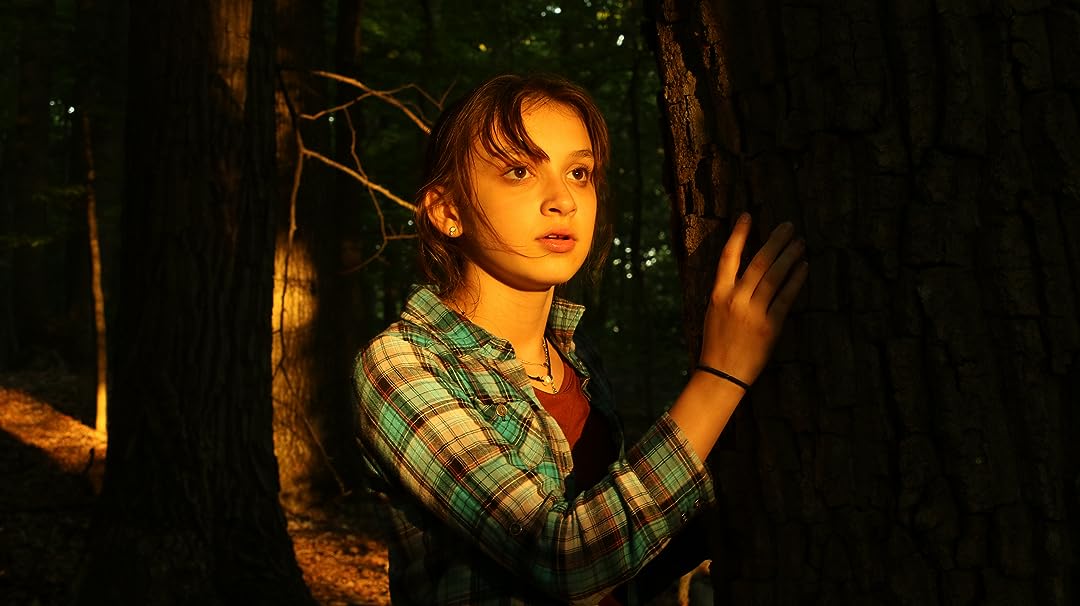 Let's Not Meet in the Woods

(7)
3.91 h 38 min202013+
Three sisters venture out into the back country with their Aunt to evade a mysterious stalker in the midst of the current pandemic. Once out in the woods, they realize they may have been followed and are now alone with a dangerous presence.

Hammer Film FanReviewed in the United States on January 18, 2021
1.0 out of 5 stars
How can I get my 1 hour & 38 min back?
Verified purchase
I enjoy the FF genre & have come to expect that the acting is not going to be Oscar worthy, but watching these "actors" try to give a convincing performance was actually painful. It took me 3 viewing sessions to finish because it was SO BORING that I couldn't stay awake - it felt endless. I am compelled to finish any movie I start because I have to know how things end, otherwise I wouldn't have sat through more than 5 minutes of this dreck. I don't know why anyone bothered to make this movie - the acting was terrible, the quality was so low it was in the basement, and the plot made no sense. Don't waste your time.

MythCalledLoveReviewed in the United States on March 4, 2021
1.0 out of 5 stars
Terrible
Verified purchase
Can't tell you too much it will give away the story which is already horrible. Some of the sisters interaction was believable. The story was just dumb. Dont waste your time or money. I will say I noticed the plot tied to another movie by the same director.

Amazon CustomerReviewed in the United States on December 10, 2020
5.0 out of 5 stars
Really creepy!
Verified purchase
I'm not usually a fan of found footage films BUT this one left my skin crawling! The plot kept my interest and the camera work was really creative! I loved the twist with Lucy and her creepy and shocking acting. Although one reviewer didn't enjoy it, I think it's definitely worth a watch to scare your friends. thumbs up!

Eileen VernonReviewed in the United States on February 7, 2021
2.0 out of 5 stars
Stupid
These girls were actually pissing me off. They have a stalker but keep doing videos that tell there every move, mom should have taken all that privilege away too keep them safe. Then they go to the woods and still act stupid, when they got the stalker they should have tied him up and found out who it was too. Yet they aimlessly go about their business, so much left undone, like where is the boyfriend and the stupid girl that was helping the stalker. If you have a stalker you dont make videos and post all that they post.
One person found this helpful

NovaReviewed in the United States on December 1, 2020
1.0 out of 5 stars
Disaster in EVERY WAY
I am a big fan of indie movies, and I applaud the effort, but with THAT being said, if you are serious about making movies, and putting them out there, then you shouldn’t be adverse to criticism/notes:

The script was AWFUL. Nothing about it worked. The stuff about “the police said to delete those messages”...seriously? No cop would say that.
Nothing made a single bit of sense -the “cops are watching outside” they said to reassure themselves and their viewers after receiving a scary box, yet they don’t take any new evidence to the cops because they don’t want to “bother them”. Really?.....

Soooo now they are going to someone’s cabin who only has a landline with no cell reception, and I guess they don’t think “hmmm,someone has been following me around and leaving creepy messages, I guess they won’t follow me up here.”
So they go up, wander around like morons (I love where they find a pristine looking music box and say -it’s been here for years” and don’t really give 2 thoughts about the blood that is cleanly inside one of the drawers.

Then some random (cult members maybe?) show up at some point

DON’T USE YOUR FAMILY/FRIENDS as actors!!!!! Unless they can actually act). I wasn’t sure if I was watching a mockumentory for awhile (about an hour in), it is SO freaking bad.

If you are going to put in the effort to make a movie and to put it out there, (with hopes of people noticing you in a POSITIVE way) then get people who can actually act.

There are good actors out there who would work for free!!

As a viewer, I want to root FOR the people I am watching, instead of hoping that they will ALL be killed.
I’m not even entirely sure what the “twist” was supposed to really be. A cult, demon, what?.....
1.5 hours of nonsense. The only reason I watched to the very end was to because I already invested so much #$*&@&#$ time into it, I was hoping there would be a good ending.

The “Huram” demon guy made me LOL sooooo hard just from his voice!!!!

The demon makeup was the ONLY good thing in this (which was probably just a mask under dark light) for 20 seconds.


2 people found this helpful
See all reviews
Back to top
Get to Know Us
Make Money with Us
Amazon Payment Products
Let Us Help You
EnglishChoose a language for shopping. United StatesChoose a country/region for shopping.
© 1996-2021, Amazon.com, Inc. or its affiliates