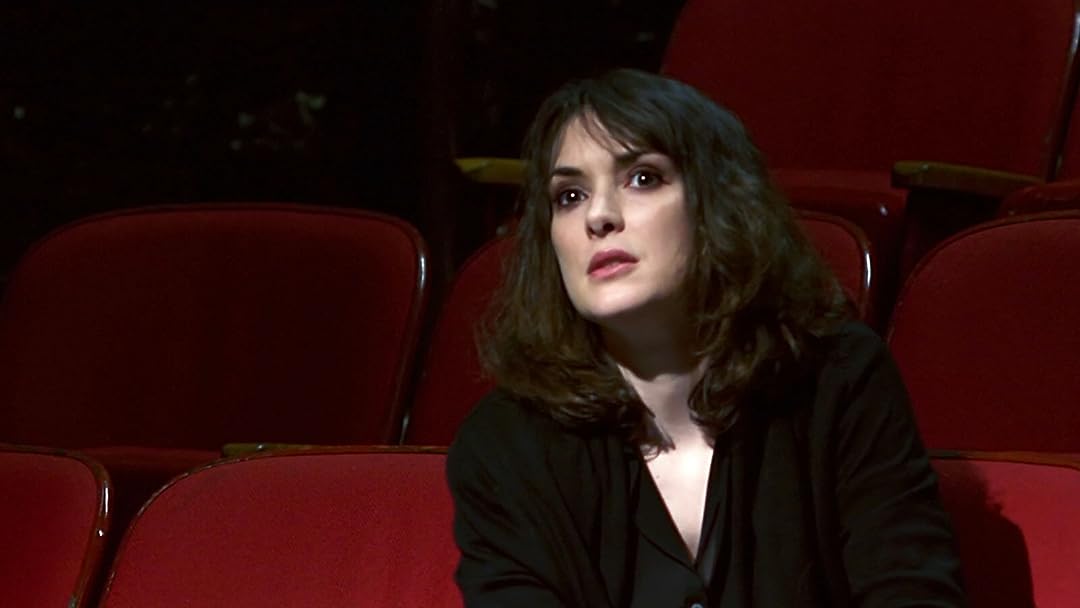 (46)3.61 h 34 min2012X-RayR
Martine Jamison is a NY theatre director beginning rehearsals for a new play starring her boyfriend Raymond opposite a young beauty. An unknown newcomer develops a peculiar fascination with Martine. As rehearsals continue, Martine has periods of disorientation that quickly deteriorate into vivid hallucinations as she becomes convinced someone is trying to poison her.

EighthWonderOfTheWorldReviewed in the United States on January 25, 2021
3.0 out of 5 stars
OKAY----I love campy, over-done, over-the-top movies: but.........
Verified purchase
First, so as to avoid more confusion than is already here ---I watched this online with amazon prime -and while I actually watched the William Wyler version, starring Siobhan McKenna/Michael Rennie/John Mills) - the cast/trivia,etc. information, etc. provided to me for and alongside this movie was the information for the Bette Davis version. That said, just so you'll know what it is I'm reviewing here ------this one failed me. Kinda. Sorta. Maybe. When it started up and immediately I saw the over-the-top acting, I burst out laughing and knew I had a winner even if it was not what I had intended to watch, as my original intent was to be viewing some kind of old, film noir type movie. Well, it is that but it's a fail in the film noir department, it goes straight into campy. The first "stressful" scene involved Ms McKenna in a "clutching my pearls" scene right out of a movie pre-talkie style - only a few times in my life have I seen more over-acting. It was a hoot. Now, in order to not give things away (as if!) I will say it played campy-dumb all the way through and even though that was not the intent, or so I'm led to believe, it was hilarious. But------sadly--------The ending was a fail. Looking back, I see it was all in line with the rest of the movie, but honestly, to me it was like you're watching it and you're waiting for the bomb to drop and instead....the curtain closes. Finis. That was the disappointment that took me down to 3 stars from 4. But, up until then, it was a kind of a fun watch...the kind of movie you want to grab some friends, popcorn, a cold drink and munch and laugh and hoot and holler. Don't expect a drama, per se, because it's just too overbaked. Worth a watch if you like that kind of thing, but don't expect much of an ending....however, the ending might give you some eye rolls, but it just kind of slaps you in the face, so be prepared.
2 people found this helpful
Report abuse

Stan ColeiteReviewed in the United States on December 22, 2019
3.0 out of 5 stars
Worth watching if you love old time live TV
Verified purchase
I really enjoyed seeing John Mills, Michael Rennie, Aki Aleong and Anna May Wong. This is not the greatest, but it is worth it to see these fine actors. The first few minutes are way over the top!!
This is Mr. Aleong's first credit on IMDb as Ong, the assistant.
SPOILER:
Live TV was great. Aleong blew a line when he told George (Rennie) how much the letter would cost. He said $2000, when it was really $10,000. Then when George was telling Bob (Mills) about the letter, something dropped backstage. Rennie could barely stop from laughing.
Give it a try!

NemoReviewed in the United States on June 16, 2019
3.0 out of 5 stars
Good Ole fashion Movies
Verified purchase
These movies seem to calm me down. I miss black and white T.V.. It reminds me of my childhood in N.Y.C. Everything seemed black and white. The only time I saw color was in Central Park or looked up into the sky. Otherwise, the streets where grey and everything seemed black and white. The acting in this movie was mediocre. I still enjoyed it. I think I will spend the rest of the week looking for old black and white movies. The story line was unrealistic. While I am sure lawyers do some underhanded things to get their clients off, the lawyer in this story came out looking so honest and loyal. As if he did something good.
Report abuse

Kim WhittemoreReviewed in the United States on February 17, 2021
1.0 out of 5 stars
That was pretty bad...
Verified purchase
Poor Robert...not only did he have to listen to his pretentious, histrionic wife blather on and on, but he unknowingly paid today's equivalent of $186,000 for the privilege. Maybe there's a better production somewhere, but I probably won't bother checking it out. The plot is ridiculous. The only saving grace was the actor who played the attorney. Too bad, I gravitate towards these old productions, and I really expected a bit more than this...
Report abuse

junebugReviewed in the United States on March 13, 2019
2.0 out of 5 stars
Great Story, Horrible film Quality
Verified purchase
A fan of The Letter with Bette Davis, I eagerly purchased this. To my dismay, the film was so fuzzy it was almost unwatchable and therefore wish I hadn't purchased it. The acting was very good and followed the Bette Davis screenplay, yet made some things clear I didn't catch in her film...i.e, the murdered man had a mistress in this version, while she was his "wife" in the Davis film. However, the clarity of the film frankly made one feel "robbed" even at the low price.
Report abuse

Thomas M. SiposReviewed in the United States on November 14, 2012
1.0 out of 5 stars
Yes, it really is THAT bad!
Verified purchase
What a mess! No real story, just a collection of confused and confusing, disjointed scenes.

What was writer/director Jay Anania not thinking?

Winona Ryder portrays a playwright who is apparently going insane. How much is in her mind? What's real and what's not? Has she been drugged? Or not? Many possibilities are suggested, but we never really learn any answers. I suppose that's meant to be profound?

THE LETTER has many closeups, and even extreme closeups. Yes, Winona Ryder looks lovely in her closeups. If you want a collection of Ryder images for your screensaver, then this is the DVD for you. But if you want a film that's entertaining, or even coherent, you must look elsewhere.

Alas, ever since her excellent [[ASIN:B00003CWQR Girl, Interrupted]], Ryder's too often been typecast as The Crazy Girl. She sometimes plays other types (e.g., the also excellent [[ASIN:B003JO6OPO When Love Is Not Enough]]), but isn't often enough given the chance.

And what an awful title -- THE LETTER. So generic. The IMDB lists 28 films titled THE LETTER just since 2006.

THE LETTER actually reminded me of the much better [[ASIN:B004VQRCFK Nightmares (Totally Uncut & Uncensored)]], a 1980 slasher film, because NIGHTMARES is set amid a really bad, pretentious play, much like that in THE LETTER. Except that NIGHTMARES parodies the sort of pretentiousness found in THE LETTER.

NIGHTMARES is a gory horror film -- but what's really scary is that (according to the IMDB) THE LETTER's writer/director "Jay Anania heads the directing program at the graduate film school at New York University and is one of James Franco's teachers."

Franco co-stars in THE LETTER. I guess Anania used his NYU film school contacts to get this film made, but based on this sample of his filmmaking skills, NYU should fire him and refund his students' tuition fees.
11 people found this helpful
Report abuse

LovebooksReviewed in the United States on March 12, 2021
1.0 out of 5 stars
Was this movie horrible YES, YES!!
Verified purchase
The actress was absolutely horrendous.
Report abuse

MyFeelsReviewed in the United States on May 5, 2020
1.0 out of 5 stars
Bland Like Day Old Oatmeat
Verified purchase
The female lead was horrendous. At no time during the performance did I feel the drama of the original with Bette Davis. Give this one a HARD PASS!
Report abuse
See all reviews
Back to top
Get to Know Us
Make Money with Us
Amazon Payment Products
Let Us Help You
EnglishChoose a language for shopping. United StatesChoose a country/region for shopping.
© 1996-2021, Amazon.com, Inc. or its affiliates