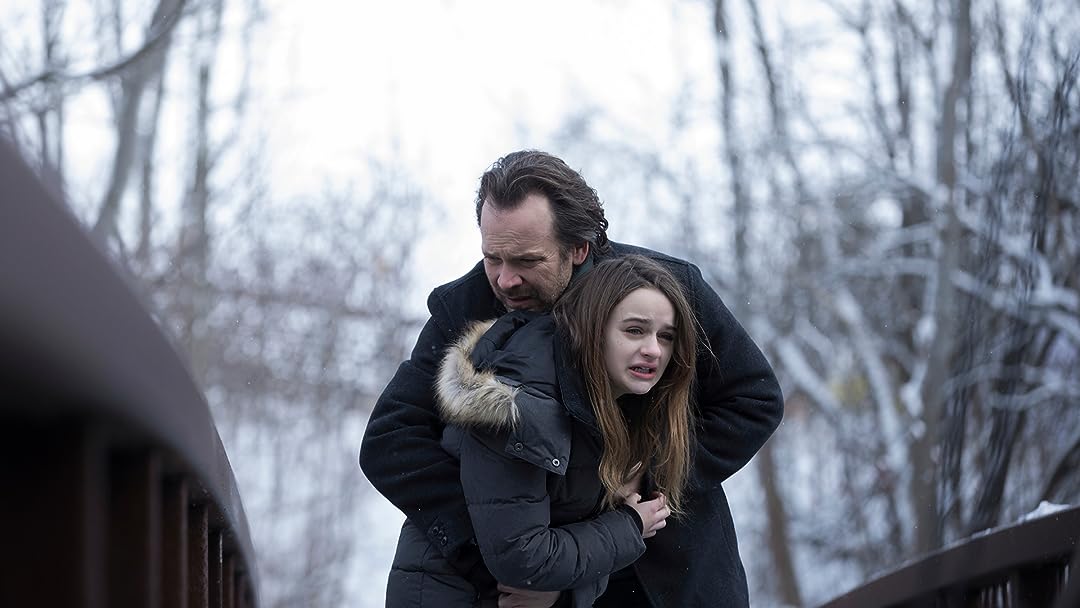 (3,332)
5.81 h 35 min2020X-RayHDRUHD16+
When their teenaged daughter confesses to impulsively killing her best friend, two desperate parents cover up the horrific crime with a web of lies and deception.

brightnightReviewed in the United States on October 7, 2020
3.0 out of 5 stars
Well made, story is mediocre, ending is abysmal
Verified purchase
Offered some suspense and well crafted as a film but the ending was absolutely abysmal. What is it with this current rash of American filmmakers who cannot seem to end a movie with some kind of satisfying conclusion?

It makes no sense. It’s almost as if this era of movies will be known for how poorly written the endings were. We see it time and time again...decent pace, decent plot, interesting development and then BOOM, this sudden, horrible ending that the writer thinks is ‘artful’ but the public finds to be unfulfilling leaving too many questions unanswered.

That’s not artful; that’s just a cop out of having to write a legitimate ending and creating a scenario where everyone is left shrugging their shoulders.

Look at the best movies ever written...think of the top 100 in a kind of consensus list by the top critics.
Want to know what they all have in common?
They tell a complete story that has a beginning, a middle and an end. Without that last part, you don’t really get much punch out of a plot, sadly. And what you’ve developed as a writer doesn’t create some artistic mystique, it just creates a hole where the ending should have gone.
Acting: very well done. Not a weak link in the entire film. Cinematography: expertly done. Editing: top notch.
The writing was so-so...without writing any spoilers I just kept thinking that nobody could be dumb enough to create the litany of mistakes the parents made but by the time it ended, I’d forgotten all about the plot holes and the weak parts and could only focus on how bad the ending was.
Overall, I can still recommend it at 3 stars; after all, the movie going public is accustomed to weak and abysmal endings at this point.
As an aside, I wish studios would quit promoting movies as something they aren’t. This was included in Prime advertising as some kind of Halloween/October scary movie offering. Not scary, not even a thriller, simply has some suspense. Not sure what kind of connection it has to Halloween...none that I could tell but when a movie is promoted as horror or a thriller, it just ends up disappointing the audience that is expecting something based on the promotions.

CCCReviewed in the United States on October 7, 2020
1.0 out of 5 stars
Horrible Script Writing
Verified purchase
Literally one of the worst endings to a movie I have ever seen in life. This movie genuinely made me lose all hope in humanity if writers such as these are being paid big bucks to write horrible scripts. I see why this movie was shelved for 2 years, its horrid.

No acting, cinematography, or sound effects can save this.

Did I mention the plot was horrible? And Indigestible? And at times predictable?

Now the parents have to go to jail because the narcissist, emotionally unstable daughter is an idgit.
438 people found this helpful

someoneouthereReviewed in the United States on October 8, 2020
1.0 out of 5 stars
Jail is too good for these characters and the writer I GIVE IT A MINUS ONE MILLION
Verified purchase
I cannot believe what I just watched. Morals, character, decency -- don't look for that in this film. Why would anyone want their children to watch this and furthermore I cannot believe what I just saw adults do. I am a parent and if anyone, ANYONE, believes they should protect their child to the point of committing murder, that is just obscene. Jail is too good for them. A life sentence in prison is what they all deserve. AMAZON, shame on you for promoting a piece of garbage film and a story almost making what these people did seem to be honest behavior. REALLY??? This was total and utter disregard for the law, humankind and life itself. Shame Shame
391 people found this helpful

Maple SugarReviewed in the United States on October 7, 2020
1.0 out of 5 stars
Incredulous yet predictable
Verified purchase
The biggest lie is anyone reviewing this as a five star film. It's not worthy of that rating.

One ridiculous plotline to the next and all of it incredulous.

The ending is predictable. I saw it coming half-way through the movie. Don't waste your time.
209 people found this helpful

Tyler A.Reviewed in the United States on October 6, 2020
5.0 out of 5 stars
What would you do for your kid????
Verified purchase
Full disclosure. I don't have kids. I do have many nieces and nephews that I adore, but none of my own. So, I am going into this movie not with the sense of being a parent. First things first, this is a GREAT movie. Not sure if it would be considered a thriller but it is definitely suspenseful. Imagine a teenage girl killing her friend and two parents willing to sacrifice themselves to cover up the crime. However, just when I thought the daughter and parents hole couldn't be dug any further, I was hit over the head with a shocker!!! YES A TWIST. HUGE ONE! I really enjoyed the film and often found myself yelling out at the girl and the parents for what they were trying to (very badly I might add). If you're into suspense movies you will definitely enjoy this one. There is no sex, nudity, and I can't remember about cursing or not. But the subject matter is one you would not want young children to watch. Sit back, relax and enjoy some awesome acting and a suspenseful tale of what would you do for your kid ....????
176 people found this helpful

Susan NealReviewed in the United States on October 6, 2020
5.0 out of 5 stars
Wasn't expecting the ending.
Verified purchase
The Lie is about a young girl who tells her father during a road trip that she has just killed her best friend. He and her mother try to protect her by making up a story as to why the girl has suddenly disappeared. .Instead of just being able to get on with their lives afterwards, things only get worse and this is where the plot starts to build. The acting was very good and there's a couple of twist also! The ending will surprise you!
146 people found this helpful

Daf 12000usReviewed in the United States on October 8, 2020
1.0 out of 5 stars
Worst Movie I've Ever Seen!!!! Not believable! Girl is SOOO Annoying!!!
Verified purchase
First, I know the movie would have not gone on if the Father had just done the right thing and called 911, but the way the murder happened could have been done in a more believable way other than an impulsive push off the bridge. The movie just takes a sharp turn to nowhere after that scene. The girl is so annoying and it says a lot about how this movie is just more unbelievable....IT'S WATCHING A TRAIN WRECK...beware once you start you can't stop because you need to see how this awful movie ends...

Had to add that this has got to be one of the worst movies I have ever seen! NO joke...wish I could give it a negative star rating (-5 star)
124 people found this helpful

♤ Pain ₩arrior ♤Reviewed in the United States on October 6, 2020
4.0 out of 5 stars
Shocking Twist For an Effective Finale.
Verified purchase
The twist and shock at the end makes it all worth it! At times this movie can be a little too slow, and the writing so-so, but the acting is phenomenal by the main cast. The reason the twist was so effective was because I totally forgot about the title of the movie. The storyline is really good, although the detectives kind of made everything seem false at times (was it the over-acting or the writing, or both?). The ending is simply perfect. And perfectly ironic as well.

I love Cas Anvar (watch The Expanse, it's SO good!), Joey King, Peter Sarsgaard and Mireille Enos. They are all wonderful, talented actors at the top of their field, and well casted for this movie. The directing is powerfully done, by the same woman (Veena Sud) who directed The Killing, starring Mireille Enos (see her also in Hanna). The Lie is a good, suspenseful and dramatic movie that some may not love due to its slow, methodical pace. But the twist at the end is priceless!
121 people found this helpful
See all reviews
Back to top
Get to Know Us
Make Money with Us
Amazon Payment Products
Let Us Help You
EnglishChoose a language for shopping. United StatesChoose a country/region for shopping.
© 1996-2022, Amazon.com, Inc. or its affiliates