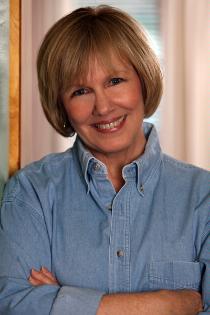 by Kate Carlisle (Author)
4.6 out of 5 stars 411 ratings
Book 3 of 17: Bibliophile Mystery
See all formats and editions
Sorry, there was a problem loading this page. Try again.

Book restoration expert Brooklyn Wainwright returns home to San Francisco to teach a bookbinding class. Unfortunately, the program director Layla Fontaine is a horrendous host who pitches fits and lords over her subordinates. But when Layla is found shot dead, Brooklyn is bound and determined to investigate-even as the killer tries to close the book on her for good.
Read more
Previous page
Next page

Visit Kate online at www.KateCarlisle.com, where you'll find a Secret Room filled with lots of bonus content, such as maps and character lists!)

New York Times bestselling author Kate Carlisle is a native Californian who worked in television production for many years before turning to writing. It was a lifelong fascination with the art and craft of bookbinding that led her to write the Bibliophile Mysteries, featuring Brooklyn Wainwright, whose bookbinding and restoration skills invariably uncover old secrets, treachery and murder. Her first book, Homicide in Hardcover, debuted in February 2010, followed by If Books Could Kill, The Lies That Bind, Murder Under Cover, One Book in the Grave.

With the publication of A High-End Finish in November 2014, Kate launched the Fixer-Upper Mysteries featuring building contractor Shannon Hammer, who specializes in Victorian home renovation and repair. The series is set in Lighthouse Cove, a seemingly idyllic town with many dark secrets hiding under its floorboards. Hallmark Movies & Mysteries Channel is bringing the Fixer-Upper Mysteries to TV in a series of movies starring Jewel and Colin Ferguson. The first movie premiered in January 2017, the second less than three months later, with plans to film several more.

Kate's television credits include numerous game shows, music videos, concerts, and variety shows, including The Midnight Special, Solid Gold and The Gong Show. She traveled the world as a Dating Game chaperone and performed strange acts of silliness on The Gong Show, most notably as a member of the girl group, The Whispers. They didn't sing, exactly, but spit water on the host of the show.

Kate also studied acting and singing, toiled in vineyards, collected books, joined a commune, sold fried chicken, modeled spring fashions and worked for a cruise ship line, but it was the year she spent in law school that finally drove her to begin writing fiction. It seemed the safest way to kill off her professors. Those professors are breathing easier now that Kate spends most of her time writing near the beach in Southern California where she lives with her perfect hero husband.

Kate is a member of Sisters in Crime, Mystery Writers of America, International Thriller Writers and Romance Writers of America. She is the proud recipient of the Golden Heart and Daphne du Maurier awards, and her first Bibliophile Mystery received a Best First Mystery nomination from RT Book Reviews. Kate loves to travel and read and drink good wine and watch other people cook.

Amazon Customer
4.0 out of 5 stars Have you ever known a truly nasty person?
Reviewed in the United States 🇺🇸 on December 11, 2022
Verified Purchase
Well this book has three in it.. One gets murdered... Non too soon. Then there is the sweet.. But I am telling you too much.. You need to read it for yourself. Happy Reading.
Read more
Helpful
Report abuse

Kindle Customer
5.0 out of 5 stars Excellent Book
Reviewed in the United States 🇺🇸 on March 23, 2022
Verified Purchase
The Lies that Bind is an excellent book and the third book in this series by Kate Carlisle. I was spellbound from the beginning.
In this book we are now back in San Francisco after a trip to Scotland and now Brooklyn is teaching at BABA where her boss is murdered. Her rival Minka and the mysterious Gabriel are injured.
There are new characters introduced and they mingle nicely with the characters from the previous books.
I really enjoyed this book and how everything turned out in the end.

Kindle Customer
5.0 out of 5 stars A Binding E,xperince
Reviewed in the United States 🇺🇸 on January 3, 2022
Verified Purchase
I learned a?it

I learned a bit bout bbookmaking

I learned a bit about bookmaking. I am a former librarian and the subject of this series is fun as well as educational.
Read more
Helpful
Report abuse

Amazon Customer
4.0 out of 5 stars I needed fine other sleuths
Reviewed in the United States 🇺🇸 on December 20, 2020
Verified Purchase
I like to read books. About authors. Books about books.
I like Sherlock, Hercule, Miss Marple. Nagio. etc.
But, I needed to look around for new sleuths. When.I found books and a sleuth. I decided try the first Brooklyn
I found I liked her, too.
Read more
Helpful
Report abuse

P. James
5.0 out of 5 stars Brooklyn does it again
Reviewed in the United States 🇺🇸 on November 21, 2010
Verified Purchase
Others before me have written about the plot and characters so I leave the reader to check them out for further details. As for my thoughts on the book, I was so happy to fall back in love with Brooklyn's world and the people who hang out there. I found myself alternately laughing and groaning as I cheered Brooklyn through this latest romp. These books take on a familiarity much like a comfortable sweatshirt. The cast of supporting characters is delightful and leaves interesting questions. Gabriel and Guru Bob? Gabriel and Derek? Gabriel and Brooklyn? I hope Ms. Carlisle continues to give us enticing glimpses of Gabriel's enigmatic role in upcoming books. I loved the fact Derek and Brooklyn kept getting interrupted. A trope, but a fun one in my opinion.

While each of the books stand alone, with just enough back story given in each to help the reader understand the current situation, why deny yourself the pleasure? Go read HOMICIDE IN HARDCOVER and IF BOOKS COULD KILL. I prefer to read on my Kindle, but I also bought these books in paper to go on the keeper shelf in my library. I eagerly await the next entry in this series, MURDER UNDER COVERS, coming in May, 2011.
Read more
3 people found this helpful
Helpful
Report abuse

ARG
4.0 out of 5 stars Brooklyn is home from Scotland and has heard nothing from ...
Reviewed in the United States 🇺🇸 on November 3, 2015
Verified Purchase
Brooklyn is home from Scotland and has heard nothing from Derek. She is teaching a class at the BABA on book binding and the director is awful, but pays well and has power over reputations. Minka has also gotten a turn teaching a class much to Brooklyn's dismay. Soon Minka is attacked and then the awful director is killed. Brooklyn is of course in the middle but luckily not a suspect. Derek is in town guarding a visitor to the center and she is also dealing with what that means. I knew who the killer would be almost on first meeting but didnt really figure out the why until the end
Read more
Helpful
Report abuse

Michelle Boytim
3.0 out of 5 stars Bookbinder caught in a "Twist"
Reviewed in the United States 🇺🇸 on October 29, 2012
Verified Purchase
This is the third book in the Bibliophile mystery series. Brooklyn has returned to San Francisco after her previous escapades in Edinburgh at the book festival. She is preparing to teach a class at the Bay Area Center for Book Arts. She has also finished restoring a book for the center's director, Layla. Brooklyn is uncomfortable with the fact that Layla plans to present the book as a first edition Dickens for the Twist festival auction, for even though it is an old edition, it does not contain the subtle features of that first edition. Layla threatens her and also is a bully to the other members of her staff. She also infuriates Brooklyn by hiring Minka, her arch nemesis and by arriving at a party with her star crossed romantic interest, Derek. Included in her class are several board members along with a new staff member. When Minka is attacked at the center, and later, Layla is shot, Brooklyn is on the hunt to find out what happened. The characters at times are a bit over the top, but overall, the story was a decent mystery and Brooklyn's character does develop some. There is some humor and a bit of madcap chase. Things should get interesting in the next book in the series due to some significant changes in circumstance for some of the characters. The book includes some more information on bookbinding, including a glossary at the end.
Read more
4 people found this helpful
Helpful
Report abuse

Carolyn Price
5.0 out of 5 stars Great Story
Reviewed in the United States 🇺🇸 on October 9, 2019
Verified Purchase
I have fallen in love with this series of books. Kate Carlisle creates really fun characters and interesting mysteries. Makes you want to go to San Francisco and Dharma just see the places she describes. It has been interesting learning about bookbinding and how old books are repaired and made to look new again. Each book is a stand alone story, but it is much better starting at the beginning so you can see how the characters grow and link to each other.
Read more
One person found this helpful
Helpful
Report abuse
See all reviews

Wierdbrew
5.0 out of 5 stars A ray of Sunlight to brighten up your day!
Reviewed in Germany 🇩🇪 on November 5, 2021
Verified Purchase
Not only is the plot tantalizing, but it's also very humorous. I enjoyed every page. Anyone who enjoys good mysteries that also tickle your funny bone should Love this book.
Read more
Report abuse