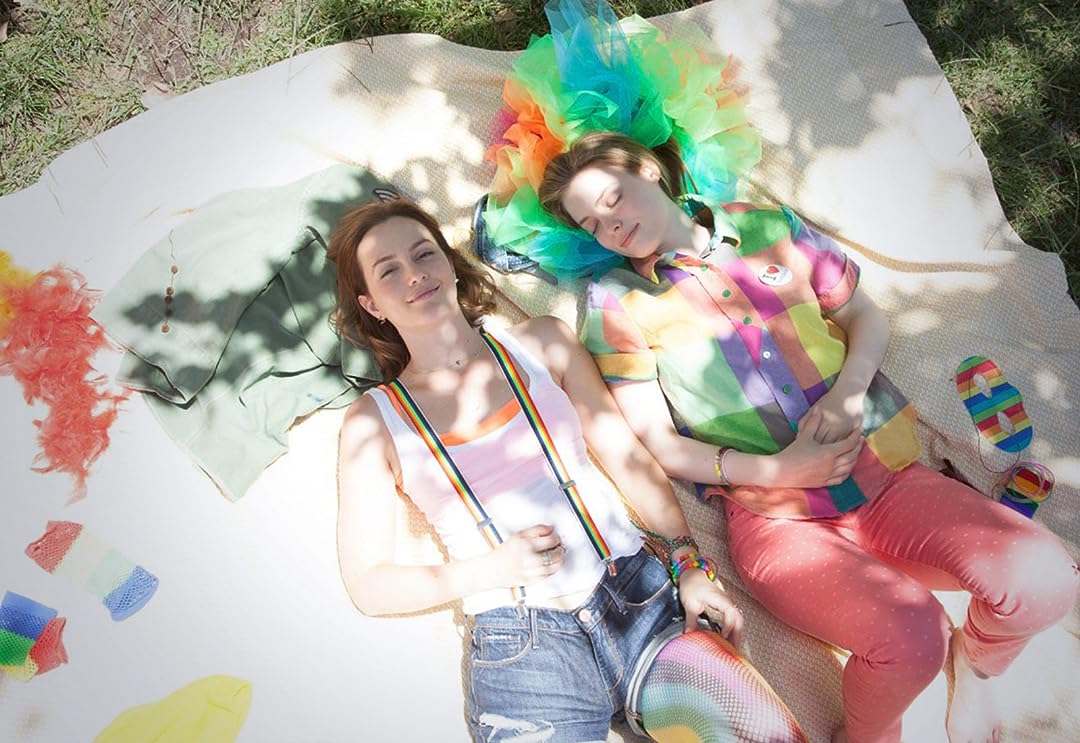 (106)
6.21 h 32 min2014X-RayR
Sasha (Leighton Meester) and Paige (Gillian Jacobs) use their co dependent friendship to not venture into the dating world. When Paige meets Tim (Adam Brody) and get serious their friendship changes. Sasha tries to keep their relationship the same.

LaurenReviewed in the United States on April 16, 2015
2.0 out of 5 stars
OK so I absolutely loved Frances Ha
Verified purchase
OK so I absolutely loved Frances Ha, which is an indie movie about Frances and her friend drifting apart as a result of her friend's engagement and burgeoning career which left the struggling Frances at a loss. Go watch if you haven't. Basically I thought this movie might be that only with a lesbian so yeah +10 points.

Did not turn out to be so. The leads were solid it's just that they didn't actually spend as much time developing the sort of romantic friendship (in a way) that really convinces the audience I think of the importance of the relationship we meant to feel. The parts where the friends drift apart and meet back together don't push and pull anywhere. It's like seeing the water flow from a waterfall abruptly stop and start again rather than even waves or something. I don't know. The end result was that I wasn't routing so much for the relationships (any of them) as much as I was amiably hoping gee wiz I hope she gets a job now that she got fired. Part of that might have been the simplicity of the character growth. Lesbian friend learns just maybe she doesn't want to spend an entire decade as a receptionist. Engaged friend decides with the help of fiance that she should pay for the bumper she was responsible for well, bumping. Basically the entirety of the ramifications of change.

NPRaterReviewed in the United States on February 15, 2021
5.0 out of 5 stars
Perfect BBF movie
Verified purchase
First of all, Gillian Jacobs is fantastic in everything. Second, this is the perfect movie for best friends. Mine recommended it when it came out years ago and we watch it on Galentines day.

ML CReviewed in the United States on June 30, 2020
2.0 out of 5 stars
cute moments
Verified purchase
expected more than the movie gave

quentin gary genslerReviewed in the United States on June 27, 2019
5.0 out of 5 stars
good
Verified purchase
good

Movie manReviewed in the United States on July 18, 2017
4.0 out of 5 stars
Strong ladies
Verified purchase
I give a four star four I wish it more those two ladies not some guy and Change between two lesbian but not. The get along a strong women I think in movie is all.

pegalabeeReviewed in the United States on July 30, 2018
5.0 out of 5 stars
great
Verified purchase
Fabulous movie..great cast

Fiona SnappleReviewed in the United States on January 7, 2015
5.0 out of 5 stars
Super Charming movie
Verified purchase
I had watched a string of awful to semi-decent gay films before watching this. I was laughing so much throughout this film. So, happy it wasn't about the gay girl falling in love with the straight girl story. It's really a film about best friends. The chemistry between the two leads is so awesome. The movie is super charming. The script has it's clever moments. I enjoyed it so much that I had my twin sister check it out and she texted me the next day about how much she loved the movie and she was only 30 minutes in.
2 people found this helpful

WahBAMReviewed in the United States on October 25, 2015
5.0 out of 5 stars
Great Movie! Great Portrayal of Female Friendship!
Verified purchase
Great portrayal of female friendship. Gillian & Leighton are so fantastic in this! Great Cast!
One person found this helpful
See all reviews
Back to top
Get to Know Us
Make Money with Us
Amazon Payment Products
Let Us Help You
EnglishChoose a language for shopping. United StatesChoose a country/region for shopping.
© 1996-2021, Amazon.com, Inc. or its affiliates