Light from Heaven (Mitford Book 9) and millions of other books are available for Amazon Kindle. Learn more

Only 1 left in stock - order soon. 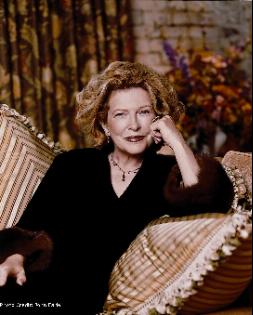 by Jan Karon (Author)
4.8 out of 5 stars 1,024 ratings
Book 9 of 14: Mitford
See all formats and editions
Sorry, there was a problem loading this page. Try again.
Read more Read less
Previous page
Next page

An Amazon Book with Buzz: "The Therapist" by B. A. Paris
"Suspicion, betrayal and dark secrets abound in this tense story." ―T.M. Logan Learn more

Jan wrote her first novel at the age of ten. "The manuscript was written on Blue Horse notebook paper, and was, for good reason, kept hidden from my sister. When she found it, she discovered the one curse word I had, with pounding heart, included in someone's speech. For Pete's sake, hadn't Rhett Butler used that very same word and gotten away with it? After my grandmother's exceedingly focused reproof, I've written books without cussin' ever since."

Several years ago, Karon left a successful career in advertising to move to the mountain village of Blowing Rock, North Carolina, and write books. "I stepped out on faith to follow my lifelong dream of being an author," she says. "I made real sacrifices and took big risks. But living, it seems to me, is largely about risk."

Enthusiastic booksellers across the country have introduced readers of all ages to Karon's heartwarming books.At Home in Mitford, Karon's first book in the Mitford series, was nominated for an ABBY by the American Booksellers Association in 1996 and again in 1997. Bookstore owner, Shirley Sprinkle, says, "The Mitford Books have been our all-time fiction bestsellers since we went in business twenty-five years ago. We've sold 10,000 of Jan's books and don't see any end to the Mitford phenomenon."

Start reading Light from Heaven (Mitford Book 9) on your Kindle in under a minute.

4.8 out of 5 stars
4.8 out of 5
1,024 global ratings
How are ratings calculated?
To calculate the overall star rating and percentage breakdown by star, we don’t use a simple average. Instead, our system considers things like how recent a review is and if the reviewer bought the item on Amazon. It also analyzes reviews to verify trustworthiness.

CozyreadersTop Contributor: Cooking
5.0 out of 5 stars Absolute Joy To Read!
Reviewed in the United States on July 17, 2018
Verified Purchase
This book is an absolute joy to read. I have never tired of reading a single book in this series.

Fr. Timothy Kavanagh is given a new position by his Bishop Stuart. The job is Vicar of a Mission church nearby where he and Cynthia is living. Fr. Tim was feeling no purpose. His wife, Cynthia has a new assignment as an illustrator for a calendar, but, Fr. Tim? He needs to preach.

The mission church which has been sitting without a congregation for over thirty years becomes a surprise to the good Reverend. Someone has been keeping it sound and cleaned. Who? What is the story behind this fellowship? Is there any congregations left in the stunning mountains? Can Fr. Tim revitalize the church?

Then, there are all the backstories of the beloved Mitford characters to catch up on. This series makes me smile, tear up, and just feel good by the last page.
Read more
5 people found this helpful
Helpful
Report abuse

Kindle Customer
5.0 out of 5 stars Challenges and Blessings
Reviewed in the United States on January 30, 2021
Verified Purchase
A small mountain church closed for decades is Father Tim's new opportunity for ministry. On his first visit to the vacant building, he discovers someone has been maintaining the church building. Who and why?
As he works to rebuild the congregation, he meets some delightful, sometimes quirky, characters.
Tim and Cynthia are also farm-sitting Meadowgate Farm, and they face a set of challenges in that regard.
I highly recommend this novel. If you've never read Jan Karon﻿'s Mitford novels, then I urge you to begin with "At Home in Mitford" and read the entire series.
Read more
One person found this helpful
Helpful
Report abuse

Nancy Sullivan
5.0 out of 5 stars The Least of These
Reviewed in the United States on February 7, 2018
Verified Purchase
When Fr Timothy and Cynthia arrived at Meadowgate, their assignment as house and dog sitters for close friends became secondary to a higher calling. Their ministry in a deserted, but tended church began with a congregation of two. To say this was a remote community of modest people, many of whom were living day-to-day not knowing where the next day's provisions would come, would be to sell this beautiful love story short. Very short. Read it for yourself and be drawn into a learning experience of the things in life that really do matter.
Read more
One person found this helpful
Helpful
Report abuse

Nancy & Wallace
4.0 out of 5 stars Father Tim may have retired from pastoring his church in Mitford, but The Lord calls him again to start a mountaintop church.
Reviewed in the United States on June 24, 2016
Verified Purchase
Jan Karon's lovable characters of Mitford continue their lives in Light From Heaven. Pastor Tim faces new challenges in restarting a small church on a mountain top, with not much more than four bare walls, a handful of dedicated people and their faith in God. Not only is the book inspiring, but fun to read. The easy to read regional dialect of the people makes them personable, and believable, making me feel I'm right there in Mitford with them.
Read more
3 people found this helpful
Helpful
Report abuse

Cherie Caviness
5.0 out of 5 stars I always love a good Mitford story
Reviewed in the United States on May 1, 2021
Verified Purchase
As usual, it was hard for me to put the book down, though the reality of life at times forced me to do just that. Getting the mountain church back up and running was just one aspect of Father Tim’s busy daily life. Dooley and Lace make a good appearance, and Dooley is intent on finding his brother, Kenny.
Read more
Helpful
Report abuse

Elle C.
5.0 out of 5 stars Another great book from Jan Karon
Reviewed in the United States on August 12, 2016
Verified Purchase
Jan Karon is a genius. When I enter her world of Mitford I feel as if I know each of the characters personally and might just take a stroll through Baxter Park or jog with Father Tim up Church Hill. I started reading the Mitford series when I was in college and have read it several times since. I actually keep a paperback copy of At Home in Mitford in my car at all times in case I am ever stuck waiting anywhere.
Light from Heaven introduces several new characters that any Mitford fan will love and also has a change of scenery. It is one of my favorites...Ok...they are all my favorites!
Read more
3 people found this helpful
Helpful
Report abuse

Theresa G.
1.0 out of 5 stars This item was NOT new, although I ordered a new item.
Reviewed in the United States on April 5, 2019
Verified Purchase
The cover looks as though it had had a sticker of some sort on the upper left corner at one point and there was a Chiquita banana sticker stuck on two of the first couple of inside pages.

I would like Amazon to send me a completely new book in place of this one.
Read more

1.0 out of 5 stars This item was NOT new, although I ordered a new item.
By Theresa G. on April 5, 2019
The cover looks as though it had had a sticker of some sort on the upper left corner at one point and there was a Chiquita banana sticker stuck on two of the first couple of inside pages.

I would like Amazon to send me a completely new book in place of this one.

Anne Wilson
5.0 out of 5 stars Another great book
Reviewed in the United States on February 21, 2021
Verified Purchase
I love the Mitford books.The characters are so real and their ideas and speech are familiar to our chidhoods. Growing up in small rural towns is nostalgic to many of us. These reminders of simple things is a balm to my heart.
Read more
One person found this helpful
Helpful
Report abuse
See all reviews

B.Turner
5.0 out of 5 stars Another Delightful Book From Jan Karon
Reviewed in the United Kingdom on July 8, 2016
Verified Purchase
As with the previous 8 books in this series,this one is another delightful read. This book introduces us to some new characters, but all our favourite old friends are still there. Father Tim and his lovely wife face new challenges in this novel, and of course as with the previous books in this series, it's an absolute joy to read.
These books are so gentle, full of kindness, friendship,forgiveness,and love. Sometimes it really feels as though these characters are your family and friends. And Mitford is the place you would really like to live. I shall be sorry to come to the end of this series. I have enjoyed every word!!
Read more
Report abuse

simplyafollower
5.0 out of 5 stars A beautiful ending
Reviewed in the United Kingdom on January 8, 2016
Verified Purchase
I have avidly read my way through the whole Mitford Years series over the last few months. Jan Karon brings the characters alive and makes the circumstances and events believable. I identify with Father Tim, through whose eyes the story is told. His marriage to Cynthia has brought him great happiness and the book glows with their love for each other and for God. Although I think Jan has written another one in the Mitford Series since, the cover of this book declares it is the 'final novel'. I feel the story lines were so beautifully wound up that I will probably not read any more. This is one I will read again and again, I'm sure.
Read more
Report abuse

Dimple
5.0 out of 5 stars Light reading, deep thinking
Reviewed in the United Kingdom on April 24, 2013
Verified Purchase
I love Jan Karon's books and have never read one I didn't enjoy. Father Tim reminds me of Godly older men I have known throughout my life and the stories encourage a positive spirit and a Christian outlook.
Read more
Report abuse

P Findlay
5.0 out of 5 stars Happy reading
Reviewed in the United Kingdom on February 23, 2013
Verified Purchase
Enjoying all these books in the series. Up to no 5 at present. I have introduced my sisters to "father tim" the main character in the series
Read more
Report abuse

Helen Pegg
5.0 out of 5 stars Jan Karon - wonderful story teller
Reviewed in the United Kingdom on August 27, 2013
Verified Purchase
She is a good story teller. I have now bought all her books and am lending them round my friends, who are equally pleased
Read more
Report abuse
See all reviews

Page 1 of 1 Start overPage 1 of 1
Previous page
Next page
Pages with related products. See and discover other items: vikings of the north
Back to top
Get to Know Us
Make Money with Us
Amazon Payment Products
Let Us Help You
EnglishChoose a language for shopping. United StatesChoose a country/region for shopping.
© 1996-2021, Amazon.com, Inc. or its affiliates