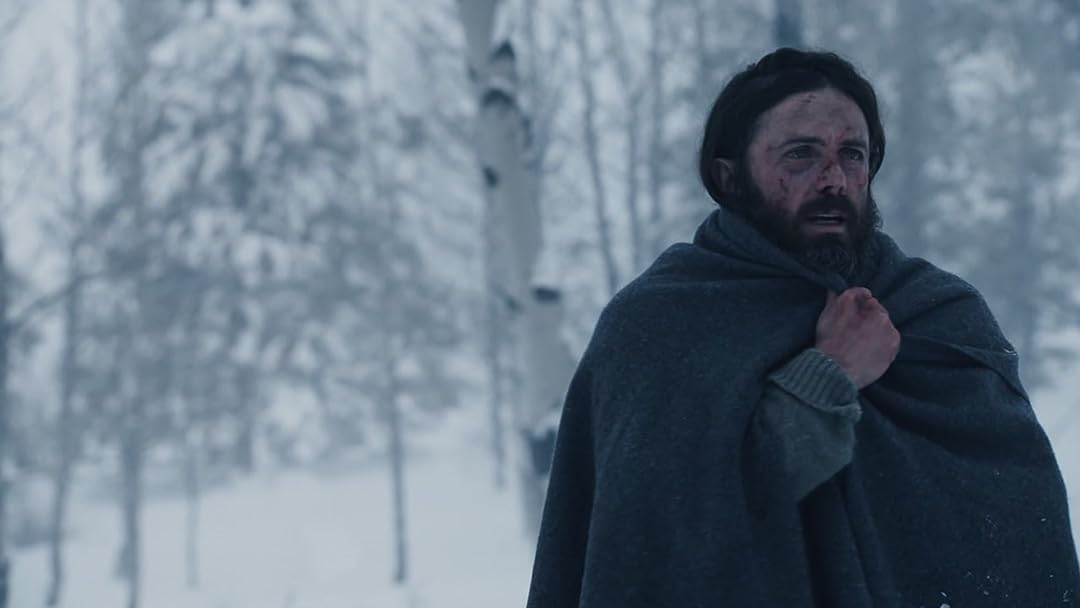 Light of My Life

(2,118)
6.61 h 59 min2019X-Ray16+
Casey Affleck and Elisabeth Moss star in this edge-of-your-seat survivalist thriller. Set in a post-apocalyptic world, a father and daughter journey through the outskirts of society after a deadly virus has wiped out nearly all the female population.

Leaves Prime in 5 daysRentals include 30 days to start watching this video and 48 hours to finish once started.

SHAWMANReviewed in the United States on December 21, 2019
1.0 out of 5 stars
Snooze fest
Verified purchase
A father, daughter "survival" movie, that is just plain silly and hampered by long stretches of boring dialogue, with no action whatsoever. SPOILER...A deadly virus wipes out most of the females on earth. There are now food pantries where men can get supplies. However, some men are now evil from being lonely and are abducting and raping the surviving females, so the father dresses his daughter as a boy when they go to town to get supplies. Why even take the chance of exposing your daughter, so you're not followed? Why not leave her at the safe camp site, with a weapon until you come back with food supplies? What weapon, LMAO? This father has NO weapon whatsoever...no large knife, no bow and arrow, or a gun to protect them with. Why wouldn't the father make sure he had a gun and ammo for protection after the virus subsided? Another character in this movie has a shotgun that he uses to protect himself and his livestock, so why not this father? Perhaps it's because the father acts like a weak, "beta" dude, who allows his daughter to talk back at him and disobey his commands, with no punishment handed out. People are raving on the "bond" between the father and the daughter in this movie, but completely ignore the fact that this film is just boring and ridiculous. You want to watch a great survival movie between a father and his child? Watch "The Road."
198 people found this helpful

KLReviewed in the United States on August 19, 2019
5.0 out of 5 stars
Acting, dialogue, tension, and character development on point!
Verified purchase
If you like stellar acting, unpredictable endings, thoughtful dialogue, a good amount of tension, and solid character development, then this is an awesome movie. If you’re looking for a transformers amount of action, you won’t like this film.

After giving this flick a watch I’m surprised by all the negativity, but then again, this is the internet. Don’t be fooled by the jack wagons giving anything less than 3 stars. They’re also giving movies like Dunkirk 1 star for being too boring, The Shallows 5 stars, and You Were Never Really There 2 stars. Insane.

J. McGinleyReviewed in the United States on August 26, 2019
5.0 out of 5 stars
Beautifully Crafted
Verified purchase
I can understand why many viewers have found this film too slowly paced to keep their attention, as it is dependent almost solely upon dialogue. Here is a lovely, moving story that paints a portrait of the absolute, completely selfless and unconditional love of a father for his child - raising her under unimaginably tragic and harsh circumstances that present actual life or death situations, yet, somehow managing to sustain some shades of normalcy.

Displaying infinite patience, openess and honesty, he guides her gently toward adulthood.... while continually encouraging hope for their future. This is not a casual, "for entertainment value" film. Its truly an Experience that should be carefully listened to and absorbed. While it may resonate a little more if you are a parent, the concept of total devotion to another human being can be something that most of us should be able to grasp. We simply have to actually *listen*

riverguideReviewed in the United States on August 11, 2019
1.0 out of 5 stars
Unwatchable...
Verified purchase
I will never be able the recover the small part of my day I spent watching this self-indulgent mess. If anyone can suffer through more than 12 minutes of this goat rodeo, they'll never have to prove their courage to me or anyone else. This is a colossal face-plant.
131 people found this helpful

Tanya K.Reviewed in the United States on August 11, 2019
5.0 out of 5 stars
Fantastic!!!!
Verified purchase
This movie moved me. As a parent, it spoke to the lengths I would go to in order to keep my kid safe. Beautiful both visually and in performance. The cinematographic choices are fantastic. The pacing is real. It’s an artistic filmmakers film.
I’m still thinking about it days after watching. I recommend watching it on a cozy Saturday afternoon. I give it 5 stars.
92 people found this helpful

DouglasReviewed in the United States on December 19, 2019
1.0 out of 5 stars
A quasi apocalypse movie thats anti gun???
Verified purchase
This movie proves 2 things. First, anti gun liberals shouldnt make post apocalyptic movies. They come out very very boring and not believable. Second, liberals truly are NPCs and have NO original thoughts. This movie is a ripoff of The Road...only slower. I would have given it more stars for the acting, but the actors shouldnt have signed up for this epic dumpster fire of a movie.
87 people found this helpful

EEReviewed in the United States on August 13, 2019
1.0 out of 5 stars
Boring
Verified purchase
I would like a refund.
92 people found this helpful

zoeblueparisReviewed in the United States on August 21, 2019
5.0 out of 5 stars
Want to expand your mind to what a possible future could hold? This movie was Great!!
Verified purchase
Acting was great. Story - I didn't want it to end! It is a relatively slow paced (mostly) arthouse movie that explores what a possible future could look like, and the implications for a society without many women. It was well done and presented an idea I have never thought of before. The distrust in character motives is palpable. The uncertainty of survival is difficult to watch but intriguing. The way the father explains things to the girl is interesting and fresh. Great movie!
53 people found this helpful
See all reviews
Back to top
Get to Know Us
Make Money with Us
Amazon Payment Products
Let Us Help You
EnglishChoose a language for shopping. United StatesChoose a country/region for shopping.
© 1996-2022, Amazon.com, Inc. or its affiliates