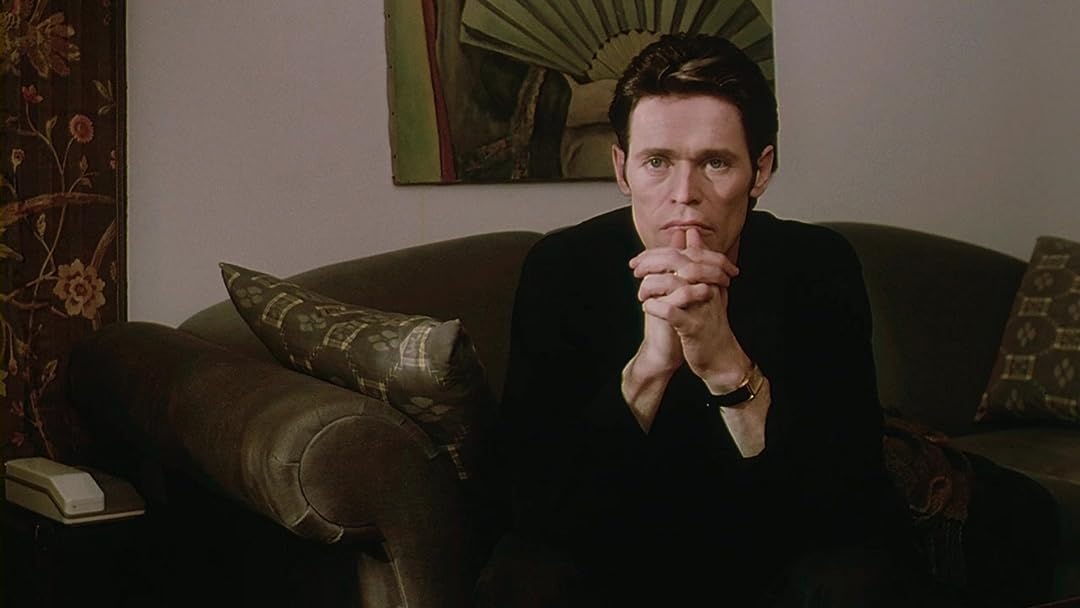 B. YingReviewed in the United States on February 2, 2022
2.0 out of 5 stars
A Meek Pusher and His Lady Supplier
Verified purchase
I purchased this DVD from 1993 because I enjoyed Paul Schrader's recent movies e.g. First Reformed and The Card Reader.
This film showed its age, with its period NYC scenes and pulsing music.
The character Willem Dafoe played hardly made one either love or hate, just a meek small time drug
seller who had difficulty sleeping.
His failed relationship with his former girlfriend neither induced any sympathy.
While Dafoe remains engaging, the minor drug queen played by Susan Sarandon seems wrongly cast.
Sarandon is too 'elegant' and 'proper' for the role to make her believable.
The former girlfriend played by Dana Delaney was not well cast either.
Delaney was too level-headed to be believable that she would fall back to taking drugs again after a long abstinence.
Overall, a not very well written, cast and directed film by Schrader.

WaterboxReviewed in the United States on January 13, 2021
3.0 out of 5 stars
Bad score
Verified purchase
Good film by Schrader, however it could have been a great film with a Better Score. I don't know who talked him into this music ,but the singing score is awful. The sax music at the end for the last scene is absurd. This film just needed a pinch of somthing and it didnt get it.
3 people found this helpful

RANDELReviewed in the United States on January 15, 2022
2.0 out of 5 stars
MODESTLY EFFECTIVE FILM SABOTAGED BY A DREADFUL SOUNDTRACK
Verified purchase
One would think that the writer of TAXI DRIVER (which benefitted so much from Bernard Hermann's wonderful score) would have made better choices for his own film. The score consist of a second-rate club singer who drones on endlessly through entire songs, making the film seem at times like a very bad music video. Unfortunately, the sound design is so weak in spots one wishes for subtitles. I would recommend this disc only to someone who has a relative in the film.

Todd M.Reviewed in the United States on February 15, 2021
4.0 out of 5 stars
It’s a side of drug dealing not often seen.
Verified purchase
A reformed druggie becomes a delivery dealer to those who can afford to pay twice the going rate on the street. It’s a niche in the drug business not often shown in movies but, in this one, they could have cut a lot of the driving around scenes to make it a bit more succinct. Good acting all around and some nice plot twists made it all the more interesting and even though we had seen it many years ago I don’t think anything about it came to mind so it was definitely worth watching it again. As with many drug dealing movies not all turns out warm & fuzzy for all involved,

Rod SeversonReviewed in the United States on January 1, 2018
5.0 out of 5 stars
A great movie, excellent acting and well scripted...
Verified purchase
This was a great movie, I've always liked William Dafoe and Susan Sarandon. interesting that they allowed this movie to be produced during the infamous sanitation strikes in NYC. I missed the reasons that brought on the staged suicide jump but in the crazy world of drug use and dealing
just paranoia is to blame...
10 people found this helpful

Boss302KirkReviewed in the United States on August 23, 2017
5.0 out of 5 stars
Willem Dafoe Stays True to His Goals
Verified purchase
If you are a Willem Dafoe fan, you'll like this movie. Not too many actors could play it the way Dafoe does: Warm and quiet as a recovering drug addict that stays true to his goals.
12 people found this helpful

Michael BReviewed in the United States on December 13, 2019
1.0 out of 5 stars
It stinks
Verified purchase
Waste of time and money!! I know it's free on Prime®, but after 1/2 hour of watching this, THEY owe ME.
3 people found this helpful

Gregory S DruryReviewed in the United States on January 16, 2020
3.0 out of 5 stars
Susan Sarandon as villain; decent
Verified purchase
Willem Defoe plays Sarandon's subordinate in a crime syndicate. He tries to break from her with limited success. Interesting trivia that the movie was filmed in New York during a sanitation strike. Garbage bags line the street as Dafoe walks around.
See all reviews
Back to top
Get to Know Us
Make Money with Us
Amazon Payment Products
Let Us Help You
EnglishChoose a language for shopping. United StatesChoose a country/region for shopping.
© 1996-2022, Amazon.com, Inc. or its affiliates