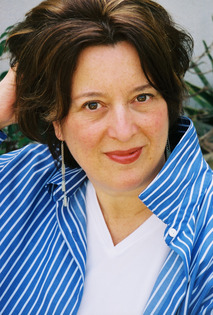 Linda Sunshine was born in Brooklyn and raised in New Jersey. She lived in NYC and worked in publishing for many years, most recently as Editorial Director at Stewart, Tabori & Chang. She is the author of more than 50 books, including the NY Times bestseller, Plain Jane Works Out. She has published many books about the making of such movies as Wall Street: Money Never Sleeps, Angels & Demons, Monsters vs. Aliens, Memoirs of a Geisha, Ray, Vanity Fair, and Sideways. She lives in Los Angeles, a block from Paramount Studio. 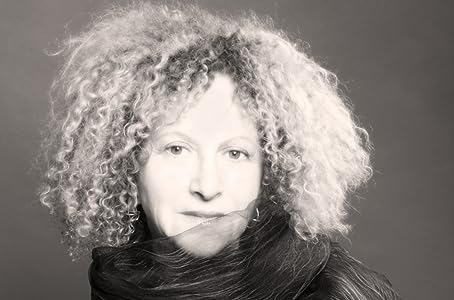 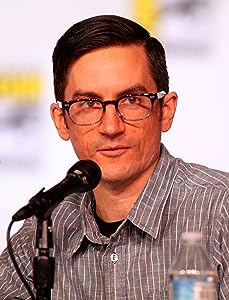 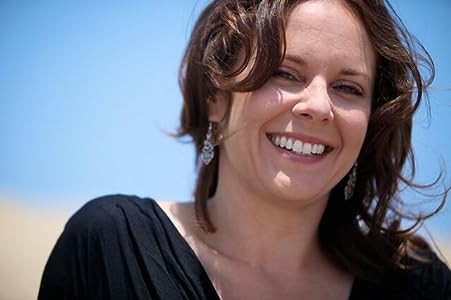 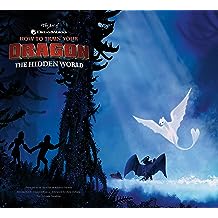 The Art of How to Train Your Dragon: The Hidden World Mar 5, 2019
by Linda Sunshine, Iain Morris
( 525 )
$9.99
In this brilliantly illustrated, full-color book, Dark Horse Books and DreamWorks Animation join forces to celebrate the climatic third film showcasing more adventures of Toothless and Hiccup. Featuring hundreds of pieces of original art and commentary from director Dean De Blois and the many talented artists and filmmakers who have created this masterpiece of storytelling and animation.

A beautifully designed hardcover volume featuring exclusive commentary and never-before-seen art from the creation of the animated motion picture masterpiece!

Don your winged Flight Suit, grab your Dragon Blade, hop on your obedient Night Fury, and get ready for the ride of a lifetime with your favorite dragons and Vikings in the latest installment in the How to Train Your Dragon trilogy! Fans will delight in the discovery of previously unknown dragons, the threat of a heartless villain, and the quest for sanctuary that propels the story to extraordinary new heights (and depths!). Venture into the Hidden World where dragons roam free under the watchful eye of their leader Toothless as, above ground, Hiccup struggles to assume leadership of his tribe.
Read more
Other Formats: Hardcover 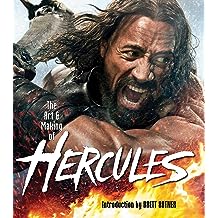 For fascinating insights into how a major Hollywood action film of gigantic scope and complexity is made—especially one shot entirely on location in Hungary with sets, kingdoms, costumes, weapons, horses, chariots, and warriors that transport us to a world never before seen on film—go to The Art & Making of Hercules, which celebrates the artists, actors, and filmmakers behind the Brett Ratner epic film, starring the incredible Dwayne (The Rock) Johnson and featuring distinguished British actors Ian McShane, Rufus Sewell, Joseph Fiennes, Peter Mullan, and John Hurt.

"Every aspect of our movie was meant to deemphasize the use of visual effects and focus instead on tangible in-camera execution….Visually, we wanted to demystify ancient Greece…. Our tale is different from any prior incarnation of Hercules," Ratner explains in his introduction. "No gods. No overt superhuman powers, a complete deconstruction of the myth…Our Hercules is mortal. He is not alone. He wanders about ancient Greece, a world-weary mercenary, haunted by his past, joined by five loyal companions with individuality, specific skill sets, and, most importantly, purpose."

The making of Hercules was as unprecedented as the 3,000-year-old legend itself, and all that excitement is brilliantly captured here for fans and collectors alike. 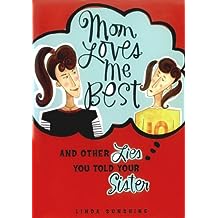 Sister: The one person in your life who knows nearly every one of your secrets, remembers the time(s) you pulled her hair out by the roots, and still continues to love you unconditionally.

If you don't understand how a woman could love her sister dearly yet still want to wring her neck, then you were probably an only child.

Mom Loves Me Best (And Other Lies You Told Your Sister) humorously exposes all the intricacies and intrigue shared between sisters, the only beings on earth who share family history, the same DNA, similar bone structure, and contempt for insufferable Aunt Gertie. Author Linda Sunshine's razor-sharp wit and humor reveals all aspects of sister relationships, from birth order and sibling rivalries to reasons why your sister's grass is always greener and her carpet's always cleaner.

The book includes tests for determining whether you're a good sister and tips for improving your relationship, getting your piece of action at the dinner table, and 14 surefire ways to drive your sister crazy. Mom Loves Me Best is a hilarious and knowing expose that ponders the age-old question: If she wasn't your sister, would she be your friend?

Linda includes loads of personal anecdotal ammunition. After all, she wrote this book for her sister, Susan, whom she loves, despite telling her to drop dead often enough when they were kids. 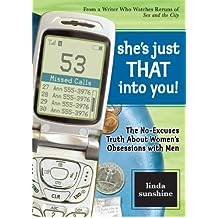 She's Just That Into You!: The No-Excuses Truth About Women's Obsessions with Men Nov 6, 2012
by Linda Sunshine
( 4 )
$4.99
A book for both women and men, She's Just That Into You! hilariously explains the naked truth about women's obsessions with men. If you're obsessing over a man, if you're the object of an obsession, if you have a friend in either camp, you need this book.

For him, she's just that into you:
For her, some early warning signs you're obsessed:
Ex-girlfriend and author Linda Sunshine will keep you laughing as she divulges the secrets of obsessive love. 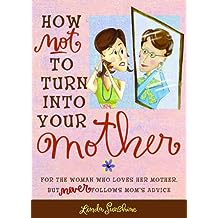 How Not to Turn into Your Mother: For the Woman Who Loves Her Mother but Never Follows Mom's Advice Jan 1, 2009
by Linda Sunshine
$9.99

Every time I yell at my kids, my mother's voice comes out." --Kelly Ripa

How Not to Turn into Your Mother is an uproarious view of the mother-daughter relationship, featuring "What Not to Do!" "A Defense Manual for Daughters," and "Alternative Solutions If You've Already Turned into Your Mother."

How many times have you caught yourself saying or doing the exact same thing your mother said/did (you know, the thing you swore you'd never say/do)? It's something you try to avoid your whole life-turning into your mother.

Have you ever looked into the mirror and found your mother (or worse, her body) staring back at you?

This tongue-in-cheek book offers hilarious advice and tips on how to avoid the snare of actually becoming her. And it's not too late; it even contains a special section if you've already turned into her.

Chapters such as "Can Mom Read Your Mind? Yes! And Here's How She Does It!" "Seeking Self-Help: Stop Mothering Yourself," and even "The Benefits of Sulking" are all included.

How Not to Turn into Your Mother also features the "Power Struggles Between Mommy and You" chart, which follows the stages of development in your relationship from prenatal to old age, as well as a sample mother-daughter contract (should you need to go that far). 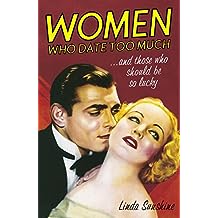 Women Who Date Too Much . . . and Those Who Should Be So Lucky: Happy Dating, Great Sex, Healthy Relationships, and Other Delusions Sep 27, 2005
by Linda Sunshine
$4.99
Have you been looking for love in all the wrong places? Are you so fed up with blind dates that you’re considering the merits of celibacy? Is even the geekiest Mr. Wrong beginning to look like Mr. Right?

Frustrated singles, don’t spend another Saturday night in front of the TV with a pint of Häagen-Dazs!

This fully revised edition of Sunshine’s 1988 classic includes everything you need to know in the search for the man of your dreams—or at the very least, the man of your mother’s dreams. From online and blind dating to more eccentric methods such as surrogate dating, the quest for your dream date has never been more hilarious. You’ll learn:

•Where to find prospective dates (off-track betting, seedy bars, and the Alaskan Tundra are top picks)

•How to prepare for a date in just under six minutes–or six hours, depending on your schedule

•How to turn that tawdry affair (one date) into a lasting, meaningful relationship (two dates)

Complete with helpful tests and quizzes (“How Desperate Are You?” and “Am I a Good Lover, or What?”), Women Who Date Too Much offers single women everywhere this compelling message of hope: “Most people aren’t really in love. They just act that way to aggravate their friends.”
Read more
Other Formats: Hardcover , Paperback