A Lion Among Men: Volume Three in The Wicked Years and millions of other books are available for Amazon Kindle. Learn more
Share <Embed> 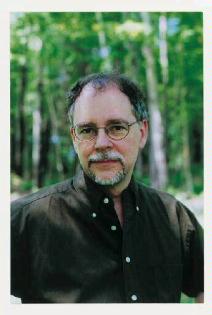 In the long-awaited third volume in the Wicked Years series, a grown-up fairy tale based on THE WIZARD OF OZ, we travel back to Oz and follow the exploits of Brrr (the Cowardly Lion), who is caught in the conflict between the invading emperor of Oz and the beleaguered Munchkinlanders. It's a most entertaining journey down the Yellow Brick Road with John McDonough's stentorian voice leading the way. He is a compelling guide to the intrigues of Ozian warfare, as well as to the souls and psyches of the lion, Brrr, and the oracle, Yackle. But even McDonough's tremendous power can't overcome the too long, exhausting path to the end--a door into the next book. M.T.B. © AudioFile 2008, Portland, Maine
Start reading A Lion Among Men: Volume Three in The Wicked Years on your Kindle in under a minute.

4.5 out of 5 stars
4.5 out of 5
814 global ratings
How are ratings calculated?
To calculate the overall star rating and percentage breakdown by star, we don’t use a simple average. Instead, our system considers things like how recent a review is and if the reviewer bought the item on Amazon. It also analyzes reviews to verify trustworthiness.

J. Brazill
5.0 out of 5 stars Five Stars
Reviewed in the United Kingdom on April 8, 2017
Verified Purchase
I loved the whole series
Read more
Report abuse
See all reviews
Pages with related products. See and discover other items: lion king books
Back to top
Get to Know Us
Make Money with Us
Amazon Payment Products
Let Us Help You
EnglishChoose a language for shopping. United StatesChoose a country/region for shopping.
© 1996-2021, Amazon.com, Inc. or its affiliates