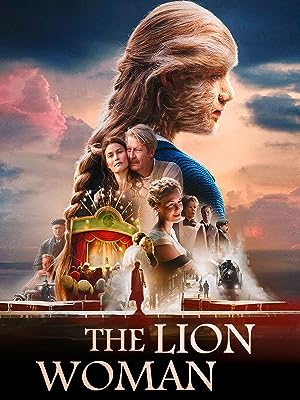 (29)
6.61 h 57 min2016R
In 1912 a train station agent in a Norwegian town see his wife dying during birth of a daughter. Little Eva is covered in fair hair all over her body. Shameful he tries to hide her, until it's revealed.

Valencia EdgecombeReviewed in the United States on August 22, 2020
4.0 out of 5 stars
A Touching Movie
Verified purchase
I began to watch this movie on Netflix but cringed at the poorly done American voice over - I am an avid British radio drama fan and I felt that the voice over acting was quite weak. So I decided to rent this video on Prime and read the English subtitles which I am used to doing anyways because I love watching international films.

I enjoyed the movie and the acting but would have liked if there was more time invested into Eva's adult years. I felt that the ending was a bit abrupt.

Robin MayhallReviewed in the United States on December 19, 2019
3.0 out of 5 stars
Endearing film with a touch of fantasy
Verified purchase
This is a bit of a weird movie, but endearing—and in the end, worth watching. It’s in a Slavic language (maybe Finnish) with subtitles, but I watch a lot of foreign-language films and wasn’t bothered by that. It sometimes has a little of that ineffable European-ness that I find just a little odd, as an American entertainment consumer, but the acting is good and the script makes the uncanny events seem possible. Basically, if you like your films with a touch of fairy tale in them and are okay with subtitles, I think you’ll like this one!
One person found this helpful

SandiaReviewed in the United States on July 31, 2019
5.0 out of 5 stars
Well done
Verified purchase
Great story

Cheryl ClarkeReviewed in the United States on April 5, 2019
5.0 out of 5 stars
This is an excellent movie, interesting and good weekend movie.
Verified purchase
Entertainment

JbowbowReviewed in the United States on March 27, 2018
3.0 out of 5 stars
Beautiful Norwegian storytelling but the plot was a bit uneven
A beautiful film adaptation of a Norwegian book of the same name about a girl born with hypertrichosis or long hair covering her entire body. I liked that the film felt very Norwegian, in that the characters emotions were very understated and settings/ colors were very stark. This film shows how much acting can be done with just the eyes. The problem was the film's pacing was very uneven. Too much time was spent on her early childhood and not enough time on (spoilers ahead) how she magically transitioned from being a sideshow freak to being a well respected mathematician. I think this is because the book's plot (I haven't read it but according to wikipedia) ends when she is 13 or 14 and the film is pretty solid until that point, then it suddenly continues on with her woman-hood and feels pretty absurd. Even if she is a brilliant mathematician, it's unlikely she would have ever been accepted because of both her appearance and sex during that time period.

It was also kind of a bummer that the title character was so defined by the men in her life. She has one short/ sweet scene with Sparky but a very melodramatic outburst when he leaves. There needed to be more time spent on their bond to merit that reaction and the viewers emotional investment in the Sparky character. On the other hand, Hannah, her surrogate mother and one steadfast defender just gets a literally one word letter when she leaves. Very uneven. Likewise, the films ends not with her being defined by bringing herself up to respected status in the academic world, but instead defined by finding that her father loved her after all, despite his shame, emotional abuse, and inability to express it.