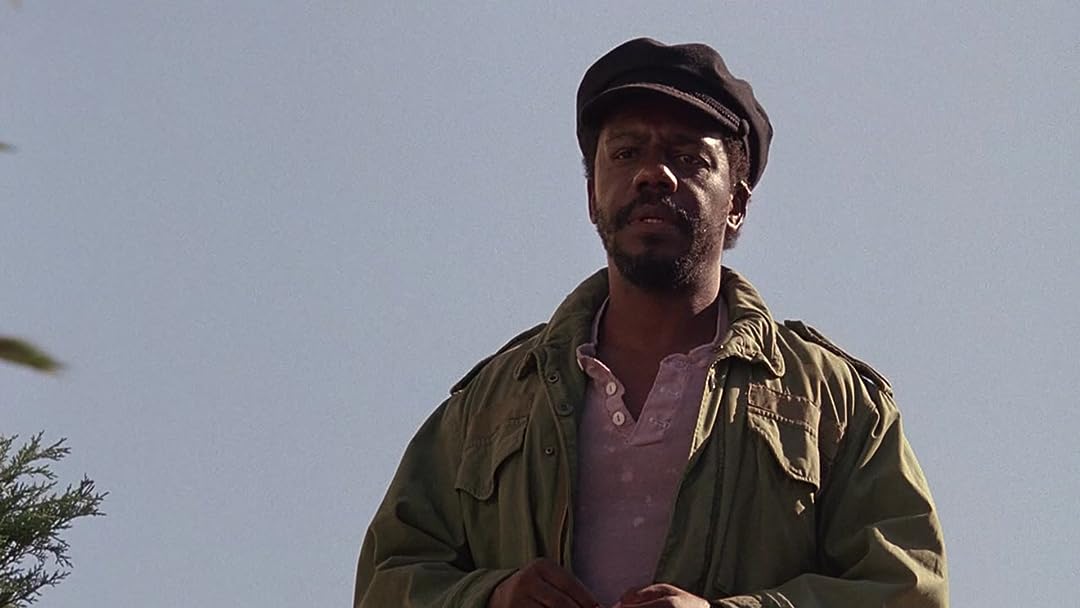 (1,054)
6.21 h 44 min1991R
An Ex-French Solider begins participating in underground street fights in order to make money for his brother's family.

S. J. VolkReviewed in the United States on May 1, 2019
5.0 out of 5 stars
“LIONHEART"…ITS ACTION IS OFF THE CHART!!!
Verified purchase
"LIONHEART" (1990) is one of the best action-adventure movies of all time. Great story. And every aspect of the production is top caliber. Embraced by an heroic musical score, the directing, acting, cinematography and editing are flawless, and never require a viewer to suspend disbelief. From the time of the opening credits, the suspense & action never lets up!

It’s the fast-fisted adventures of a French Foreign Legionnaire’s justified desertion, and his desperate journey to return home. This leads to some spectacular action scenes as he gets involved with an illegal street-fighting trio and an immediate way to earn money. His mission is to reunite with and help his sister-in-law and his young niece who were devastated by the murder of his brother.

This dynamic movie wields a big fistful of the most hyper personalities and off-beat fights ever to appear on the big screen. Among the many memorable scenes in Lionheart is the one where a cocky street fighter sneers at Van Damme and says, "Hey, you're kinda pretty... I don't know if I wanna fight you or f*** you!" Our hero's response is a swift crushing jab to the guy's genitals that instantly ends the fight with the surprised opponent collapsing in agony.

The varied, fast-paced action in this movie continues to rivet your attention until the final scenes. And the story culminates in an upbeat crescendo of a surprise ending! LIONHEART is a timeless kickass classic that you can proudly add to your martial arts film library.

Lone WolfReviewed in the United States on October 26, 2020
5.0 out of 5 stars
Great movie
Verified purchase
This movie is of course a little cheesy but the fight scenes were well choreographed and the storyline wasn't too bad. Van Damme plays a French legionaire, Lyon who escapes northern Africa to take care of his brother's widow, who's husband (Lyon's brother) was murdered in a drug deal gone bad.
Throughout the movie, he's fighting men in these underground fights for money to give to his sister in-law so she doesn't end up homeless since Francois was murdered and was probably taking care of them with drug money.
He also has to legionaires who followed him, tasked with bringing him back to Africa to face charges for abandoning the legion without permission. Michel Qissi who has also been in a couple of other movies with Van Damme, reprises his role opposite Jean Claude again as the villain.
For Van Damme fans, you'll remember Qissi as the psychopathic killer Tong Po in Kickboxer 1 & 2.
All in all, 5 stars 🌟
2 people found this helpful

Graeme SmithReviewed in the United States on October 14, 2021
2.0 out of 5 stars
Stupid movie with annoying characters
Verified purchase
Long and boring and the plot makes no sense. Director Sheldon Lettich claims that people love the characters, especially Harrison Page's motor-mouthed sidekick. He must be dreaming. Nobody likes characters like that! They're all the same, and they're all annoying! Brian Thompson (who I generally like) and Deborah Rennard play two of the most cartoonishly evil villains I've ever seen. Seriously, when they're sitting in the back of a limo laughing and drinking champagne, they might as well be saying: "Nyah ha ha! We're so evil!" And if the French Foreign Legion wanted Lyon back to be court-martialed, all they had to do was contact INS and they'd have him deported, since he's an illegal alien. Of course, the two guys sent to collect him end up letting him go so he can be with his family and continue living in the country illegally, because: Consequences? What are those? On the plus side, JCVD's acting isn't bad, and the fight scenes are well done, if ridiculous, since no human being could possibly survive that much punishment.

Mike's tech reviewsReviewed in the United States on August 1, 2021
5.0 out of 5 stars
JCVD's absolute best work!
Verified purchase
This is easily Van Damme's best movie of them all. Not only is he in his physical prime, but he's really got his acting chops down as well.

And this was totally from the heart, as he had a hand the script as well. Believe it from someone who has seen nearly all his films, that absolutely none of them have JC acting as sincerely as in this one. This truely was JCVD's "Rocky".

JCVD is enough of a bad-ass in real life, but everyone likes to imagine himself as even better ... he's really proud of his French (actually Belgian) heritage in this one, and plays a Foreign Legionnaire, known for their incredible toughness.

This gem is as touching a story as a martial arts flick gets, and nearly good for all ages, as the profanity and nudity are at a bare minimum. In fact, I find it hard to recall a single death scene.

Great acting and stunts from all the supporting cast. Awesome movie!

ValerieReviewed in the United States on August 4, 2018
5.0 out of 5 stars
Just Awesome
Verified purchase
I realize many of Van Damme's movies are very similar, but this movie carries great nostalgia for me and my folks. I love it, they love it. And when my daughter is old enough, hopefully she'll love it, too! I saw this in theaters when I was WAY too young, and I love it to this day! Van Damme is awesome!!
7 people found this helpful

JaredReviewed in the United States on September 10, 2017
5.0 out of 5 stars
my absolute favorite JCVD movie ever
Verified purchase
First of all, the name of this movie is LIONHEART. It's never been LEON. This isn't even the correct spelling, it is LYON. This is hands down, my absolute favorite JCVD movie ever. I can't recommend this movie enough. This movie was created in the era when action movies were new and exciting. When the combat scenes were brilliant and the actors were experienced fighters whom actually had extensive backgrounds in several styles of martial arts. The story unfolds as Lyon, becomes an A.W.O.L Legionairre from the French Legion and escapes to the U.S.A to help the wife and child of his drug addict brother, who was recently attacked in a drug deal gone wrong. After his trials of endurance lead him to the U.S.A, he quickly meets "Joshua," a street wise petty fight organizer who takes Lyon under his wing, and introduces him to some "people." To make money for his sister in law and her daughter, Lyon begins to fight in an underground fight circuit which is run and bet on by rich people, namely a sinister woman named Cynthia, whom can be compared to Cruella de Vil. How far will he actually go though, that you have to watch and find out. This is also a classic story of will and strength, determination and beating the odds. Great action, and of course JCVD at his best, when he was young, in great shape, and extremely flexible. I would recommend this movie to everyone.
15 people found this helpful

JohnReviewed in the United States on May 15, 2020
5.0 out of 5 stars
My favorite Van Damme movie
Verified purchase
I regularly re watch this movie for its heart. It's one of Van Damme's best 'B' movies in my opinion and my favorite. The actor playing Joshua- Harrison Page does a great job. Even the legionnaire soldiers sent to fetch him back show compassion at the end. Van Damme's character Lionheart is also well done. Throughout the movie and the violence he stays focused on what really matters and that's his family. Everything he does is for them and he stays true to that purpose. Just a solid "B" movie that has a great ending and makes you feel good when it's over.
One person found this helpful

N/AReviewed in the United States on August 4, 2021
4.0 out of 5 stars
Great Martial Arts Action
Verified purchase
One of my favorite films of his. Fighting style is a bit dated but still very watchable and he still has the best looking kicks in a Martial Arts films. Scott Adkins and Jason Statham styles come across as more brutal and I love watching those guys as well as both are exceptionally talented. I would like to see Van Damme update his films with a more current action film style. Seeing all three together would be enjoyable as well.

Defintely worth a watch if you haven't seen it.
See all reviews
Back to top
Get to Know Us
Make Money with Us
Amazon Payment Products
Let Us Help You
EnglishChoose a language for shopping. United StatesChoose a country/region for shopping.
© 1996-2021, Amazon.com, Inc. or its affiliates