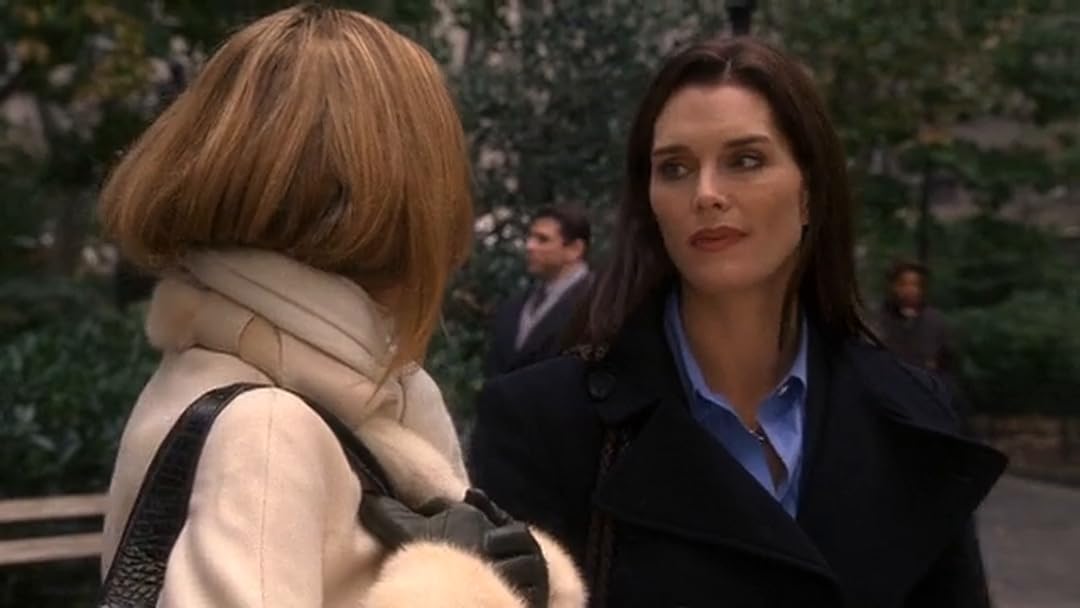 (265)6.52008TV-14
On the list of New York's most powerful women, they're on top. Based on the best-selling book by Candace Bushnell, this sexy drama follows the adventures of three high-powered friends as they navigate the demanding landscape of relationships and the pressures of success.

littlemissrockstarReviewed in the United States on April 20, 2009
4.0 out of 5 stars
This show was a mid-season replacement during a year where a writer's strike had decimated the rest of the shows.....
Verified purchase
First off, this show is great. It is compared to Sex and the City, and yes there is a bit of SATC-ish about it; but it's truly a great show on it's own. And- is it just me or whenever there is now a new show that has a strong female lead- is there not the inevitable comparison to SATC- either by the Public or the press? Moving on....

Second- yes there is a short amount of episodes on this DVD- but it is because it's a mid-season replacement show- it did not debut with other shows in September. Plus- the year it came out- all the shows had been shut down because of the writer strike. So, yes, it's a first season; but people should know and understand that it's not the typical first season before they start taking stars off for shortness of season.
Think of this season as the first season of Grey's Anatomy- which only had 9 episodes- was a mid-season replacement and STILL sells for 20 bucks on Amazon...

The show:
The show centers on the lives of Wendy, Nico, and Victory. Wendy is in a marriage with a husband that loves her and 2 children that wishes she was around a bit more. Wendy is a succesful woman- and is trying to do it all- be a wonderful mother and wife and have the glowing career.
Nico is in a s-e-x less marriage. Her husband Charles does not pay attention to her or her needs.He does love her, though- but in a less passionate way than she wants. He's a bit of an alpha male- wanting Nico to conform to his idea of the perfect woman. Nico also works in the same corporation as Wendy- and is quite the business woman herself.
Victory is younger than the other ones- has had a share of success, until her most recent fashion show and is still reeling from the critics. She is not married- and meets Joe Bennet- a wealthy man who wines and dines her and becomes a share holder in Victory Ford fashion.

This show has sadly been cancelled by NBC, I beleive. The second season ended in February and I don't believe that it is being renewed for a 3rd season. Which is a crying shame- as that it truly is a good show- with a cast that is funny and plays well off one another.
If you have read the book, the plot lines are similar; but the women in the book are older (or at least Victory in the book is- on the tv show, I believe Victory is in her late 20's/early 30's- but in the book, she is in her 40's)
I think you should give the show a try for another smart and funny show. It was one of my favorite shows to watch in it's limited time on television

WIAPilotReviewed in the United States on January 26, 2010
5.0 out of 5 stars
FAR Better than Sex and the City!!
Verified purchase
I just finished watching the complete series of LIPSTICK JUNGLE on DVD and I wish that this series could have absolutely gone on FOREVER. I never saw it on television as I had assumed that it was like Sex and the City, which never really was a favorite of mine.

This series is SO GOOD that I swear that if I had the capital, I would reassemble the cast and produce it myself. The acting is SUPERB; the storyline is fresh; and it tells the beautiful tale of three friends. I would kill to have long lasting friendships with women like that.

When I look at the crap that is being shown on television right now, I have to ask "WHAT are the executives thinking??" They yank really GREAT shows after 1 or 2 seasons (if not before!) and never really give them the chance to catch on. I can definitely tell you that if I had even caught one episode of this great series while it was on the air, it would have been TiVoed each week!

I believe that everyone involved in this production should feel enormously PROUD to have been affiliated with such a great show. BRAVO.
2 people found this helpful

L. GreerReviewed in the United States on July 8, 2010
5.0 out of 5 stars
How did I miss this series?
Verified purchase
I am truly not a big TV watcher. I mean the most I look at is Oprah, The View and some shows on MTV and VH1.

I decided to see what Lipstick Jungle was and I was so pleasantly surprised I watched all 8 episodes in one day and I was kicking myself for not buying both seasons at one time.

I was searching for the next one just to find out that it has been cancelled...That was very disappointing. I have seen some unworthy shows stay on for long periods of time. I think they should have given this show a little time to find an audience or advertised it more because I didn't even know the show was on TV.

This is one of those shows that need a reprieve because I would love to see more of it and what happens in these three young ladies lives.

I am so sorry I was late in finding this Gem of a TV Show!!!
One person found this helpful

Little Miss CuteyReviewed in the United States on June 5, 2008
5.0 out of 5 stars
Fantastic show :-0
Verified purchase
I had been looking forward to this for so long. I'd seen all the casts interviews on Today so long ago and couldn't wait to watch this. Because in Australia we yet again don't keep up with the rest of the world, I bought this on dvd and it was as good as I thought it would be. I really love Candice Bushnall and she didn't disappoint with this series.
Brooke plays Wendy Healy, Kim is Nico and Lindsay is Victory. They are longtime friends who are challenged with keeping up with complicated business and personal lives. Wendy is a film executive and a wife to a musician husband Shane whose own career takes a backseat to hers. Victory had a top notch fashion career that she's trying to start again. And lastly Nico who's the editor of a top fashion magazine and her marriage has issues too. That's the main premise and with each episode we see their lives go through ups and downs professionally and personally.
When my copy arrived, I watched it all in one weekend. It's addictive and I found it really enjoyable. Victory is my favourite character and yet they all make the show. I don't think there is one particular stand out role. This is a great new program that you'll really enjoy if you loved SATC. It's different and yet just as good and I hope it gets the same kind of longevity. I highly recommend this.
21 people found this helpful

Robin MReviewed in the United States on February 28, 2021
5.0 out of 5 stars
Enjoyable pastime viewing
Verified purchase
A saga I think women would enjoy!

Smile1x4meReviewed in the United States on February 5, 2020
4.0 out of 5 stars
Its good
Verified purchase
Its a group of friends living out everyday life. Its not family friendly though

SincerityReviewed in the United States on January 5, 2019
5.0 out of 5 stars
Ahead of it's time
Verified purchase
This show was so entertaining and ahead of it's time with women in power, light hearted and just good. I was so disappointed that it didn't continue.

Brenda CarsonReviewed in the United States on October 13, 2009
4.0 out of 5 stars
Love Lipstick Jungle
Verified purchase
I was a little disappointed, upon opening the box to see there were only 2 discs. But then I realized, it must have been a short season. It was a really good show & I've watched both season's several times. I really wished the show had not been cancelled, especially so early on as there were so many scenarios that could have had a really interesting outcome. I thought the show's writers were right on in their depiction of what it's like in the "Female Corporate World" & what it takes to juggle a home life & a career.

BRING BACK LIPSTICK JUNGLE!!!
See all reviews
Back to top
Get to Know Us
Make Money with Us
Amazon Payment Products
Let Us Help You
EnglishChoose a language for shopping. United StatesChoose a country/region for shopping.
© 1996-2021, Amazon.com, Inc. or its affiliates