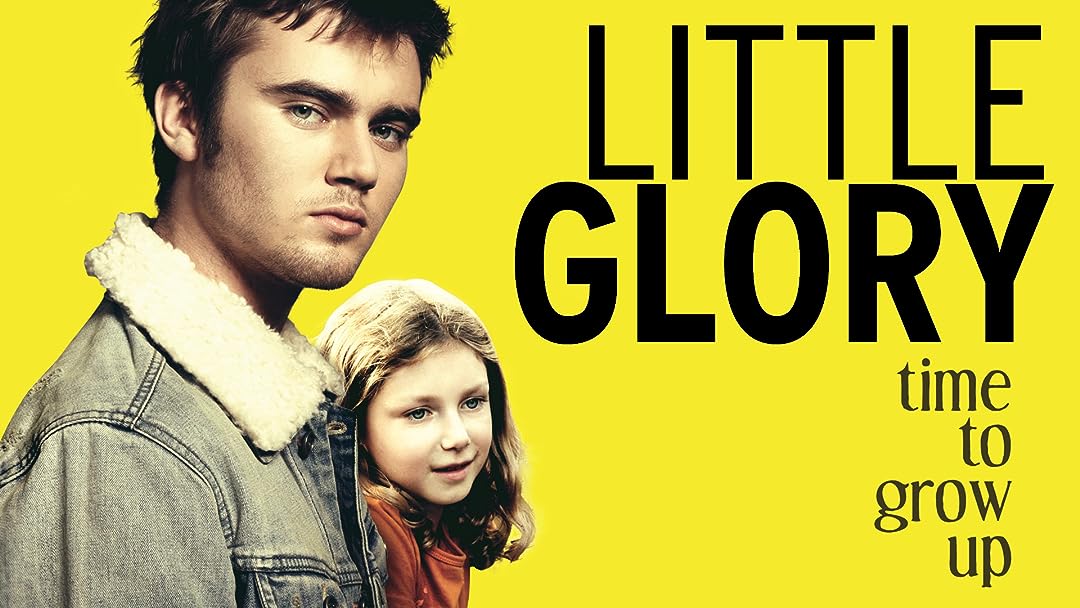 (11)
6.11 h 43 min20157+
After his parents' death, Shawn (Cameron Bright), 19 and mildly delinquent, tries to look after his little sister (Isabella Blake-Thomas) to cash in on his dad's life insurance. But you can't buy love -- and you sure can't ignore it. Co-stars Hanna Murray (Game of Thrones)

Alan DormanReviewed in the United States on October 28, 2015
3.0 out of 5 stars
Three Stars
Verified purchase
good
One person found this helpful

Maria GaglianoReviewed in the United States on September 28, 2015
5.0 out of 5 stars
Solid Performances By Young Actors
The 411 by Maria:

I had no expectations for this movie. I wanted to review because I saw that someone from Twilight was starring in it so I was pleasantly surprised when the movie had my total attention.

Hands down this movie was worth my time. Stellar performances by three young actors. Cameron Bright (The Twilight Saga), Hannah Murray (“Game of Thrones”) and little Miss Heartbreaker Isabella Blake-Thomas.

Siblings 19 year old Shawn and 9 year old Julie have been living with their dad since their mom's death. Shawn is a drop out and dad is an alcoholic. Life seems pretty dreary and not getting better. When dad dies on the job, Shawn is forced to grow up fast as he prepares to fight his aunt for custody of his sister.

The movie is dark to emphasize the dreary life these kids live. We watch Shawn struggle to fit the shoes of a responsible adult capable of caring for his sister and fight with out own feelings of what is best for her. Julie has guilt about her parents being dead and sleeps with a toy gun to protect herself from the bad dreams she has. She needs love and attention and I spend the whole movie wanting to hold her.

Cameron Bright, a cross between Zac Efron and Robert Pattinson and Isabella Blake-Thomas (a Dakota Fanning and Abagail Breslin cross.) have my emotions running the gamut. I am happy for them. I am heartbroken. I want to punish them I want to hug them. Probably the same emotions Shawn is feeling as he does his best to grow up and be the man his sister needs him to be. Their strong performances carried this movie and I hope many people see it!

The only part I was confused about was girlfriend, Jessica. I am not sure why she is even introduced other than to give Shawn a girlfriend that he could make out with and roll around on a bed. Or that young girls watching the movie could fantasize about having him as a boyfriend. She may be a great actress but I spent most of my time wondering why she was there.

Definitely a well done movie. I loved every moment including the soundtrack.

Grady HarpReviewed in the United States on September 8, 2015
4.0 out of 5 stars
A dysfunctional ‘family’ and permutations
Writers John Engel and François Verjans and Director Vincent Lannoo have dished up this sad sack of a movie that has very little redeeming qualities. The focus is coming of age in America and the effects of abuse and near poverty on sibling relationships. It is a story that has been told before and likely will be told again: life on the wrong side of the tracks is tough and has negative effects on a pair of siblings.

No one is upset when abusive alcoholic Bill (Bruce Geduldig) drops dead, least of all his 19-year-old son, Shawn (Cameron Bright) and young daughter, Julie (Isabelle Blake-Thomas). Shawn’s secretly grieving for his late mom, but isn’t exactly the responsible type, stealing car parts with friend Matt (Martin Swabey). When their Aunt Monica (Astrid Whettnal) wants custody of Julie, Shawn balks, goes before a judge (John Flanders) to challenge that ploy, and the judge gives him a month’s probationary period before making a decision about taking custody of Julie – and with it the life insurance money. The dialogue is raw and repetitive and that needed tiny beam of redemptive light fails to appear – even as Shawn pleads his case before the judge. But perhaps the strength of the film is that unspoken energy between older brother and younger sister that despite the motivation for Shawn’s posturing for the life insurance and the custody, there still is a bonding between the two that is brighter on the side of Julie and of Shawn.

A small film that may make it on the small screen if the dialogue can get past the censors. Grady Harp, September 15
2 people found this helpful

Bright (Shawn) and Blake-Thomas (Julie) play siblings living with a widowed, abusive, alcoholic father. When he suddenly dies, Shawn is sure he can raise Julie on her own, counting on his father's life insurance policy. Their Aunt Monica is just as sure that Shawn can't raise Julie and sues for custody.

Of course, the viewer wants Shawn to step up and take charge. But despite his proclamations that he can do it, he falls short over and over again. And the viewer despairs - and begins to despise Shawn for his selfishness and the hurt that he causes to Julie. And he does some pretty crappy stuff. Bright plays the part well - he's absolutely believable as a swaggering young punk. (There's a wee bit of an Elvis-like smolder in the eyes, don't you think?) Blake-Thomas was really good as Julie - she gives a strong performance as a kid used to navigating the moods of her male relatives, but needing and craving more from life. The one role I had trouble embracing was that of Jessica, Shawn's girlfriend. I found their initial meeting oddly awkward and unconvincing. Her attempts to be enigmatic just seemed stilted and somewhat foolish. I never really bought into their relationship. The supporting cast of Shawn's friends were perfectly played - vulgar, rude, arrogant and one of them is downright dangerous.

Balancing the ugly out are some poignant moments as both siblings grieve for their mother. And there are bright spots as Shawn does step out of his immature, self-absorbed state and interacts positively with Julie - and you hope that it sticks......

Little Glory is another take on 'coming of age' from writers John Engel and François Verjans and Director Vincent Lannoo. I had thought things would play out as I expected, but a nice little twist was thrown in at the end.

The movie is set in a worn out working class neighborhood and is shot in somewhat sepia tones in the beginning, echoing the tiredness of it all. The soundtrack was quite good. Take note that this film is unrated - there are a few disturbing scenes.
4 people found this helpful

Anne C BrightReviewed in the United States on September 16, 2015
5.0 out of 5 stars
I absolutely love this movie
I absolutely love this movie. So thrilled that it is finally available to the public. Buy one...you won't be disappointed.
One person found this helpful
See all reviews
Back to top
Get to Know Us
Make Money with Us
Amazon Payment Products
Let Us Help You
EnglishChoose a language for shopping. United StatesChoose a country/region for shopping.
© 1996-2022, Amazon.com, Inc. or its affiliates