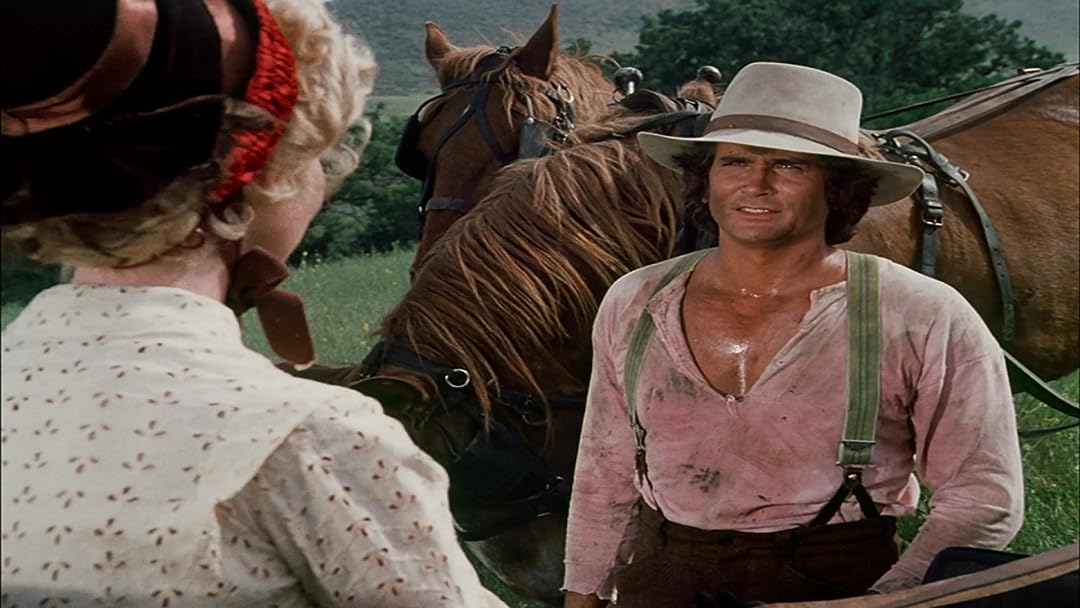 Little House On the Prairie

(1,482)
7.51976X-Ray13+
Enjoy more of the classic series "Little House on the Prairie" with all 21 episodes from season 2 --presented in their original and uncut versions with fully restored picture and sound.

kjdReviewed in the United States on March 4, 2019
5.0 out of 5 stars
Both my 12 year-old son and my 4 year-old daughter love this series
Verified purchase
Certain stories and characters never "get old," and that certainly is true for this "Little House on the Prairie" TV series. Not only is the series as a whole excellent, but every single episode is both entertaining and uplifting for my entire family, from dad to the littlest kid; no episode is a dud. At a time when so much of what is offered up as entertainment both on television and on the Internet is poorly produced and inappropriate for kids, "Little House" has become a reliable source of high-quality screen time--some of the only screen time we offer our children, in fact. All of the main characters present excellent role models of how to operate as a family, work hard, study well and make good decisions while facing the everyday challenges of putting food on the table and living in a community. If you haven't seen the "Little House" series before, give yourself a treat and try it. If you watched the original series years ago and think that you don't need to revisit it, think again; "Little House" may be even MORE relevant and useful to families today than it was when it originally aired. Highly recommended.
14 people found this helpful

TexasKayakerReviewed in the United States on September 16, 2017
5.0 out of 5 stars
Bluray quality vs DVD quality
Verified purchase
You would think that after hundreds of reviews on the seasons of this show, someone would tell you which version was of better quality.. DVD or bluray? Is the bluray of Little House on the Prairie worth the extra cost?

In short, yes. Even with both versions of DVD and bluray bring remastered... the bluray is noticeably superior. Is it worth $10 more per season or more? Probably not, it if you want more clear video and nicer audio, bluray version is the way to go.

Played season 1 on bluray and season 2 on DVD on my Xbox One S on my Vizio 47" LED HD tv and came to the above conclusion.

I hope this review answers some burning questions for y'all. Either version you buy, you'll enjoy it no matter what. LHOTP is a great family show... They certainly don't make them like they used to.

Highly recommend this show to everyone. Make sure to start with Season 1 and move down the line, don't skip!

RichardReviewed in the United States on November 2, 2019
4.0 out of 5 stars
Top notch decent moral programming
Verified purchase
My wife and I both LOVE this WHOLESOME clean series. This unfortunately seems to be VERY RARE in the day we live. Thank God there were people like Michael Landon that believed in delivering decent moral programming.
13 people found this helpful

Slim PickensReviewed in the United States on July 19, 2014
5.0 out of 5 stars
Excellent Quality, Finally
Verified purchase
It's unfortunate that the reviews for the new Blu-ray versions are lumped in with the old DVD versions, because they share almost nothing in common. The picture and sound of the Immavision DVD releases were atrocious and the episodes were time-compressed, making Michael Landon sound like he had been inhaling helium. Honestly, the DVD versions are among the worst commercial releases I've seen of any TV show, just abominable and terribly unprofessional. I vowed to not buy anymore seasons until the product was improved.

Well, I'm here to report that day has arrived. In contrast to that old garbage, these new Blu-ray releases have sharp picture, nicely saturated color, and good sound. I haven't been able to detect any trace of time-compression. Where the DVD versions were a besmirching of the series, these are a must for the Little House fan!
30 people found this helpful

L. L. BowersReviewed in the United States on August 22, 2018
5.0 out of 5 stars
My Codes Still Worked
Verified purchase
So far we've purchased Seasons 1 and 2 of the remastered blu-ray versions that include digital versions. They have been purchased within the past month, and both of our codes still worked when I went to redeem them. One says, "Code may not be valid after 3/15/15," while the other has the date of 9/9/15. I redeemed them on vudu.com and both codes worked - I have access to both Seasons 1 and 2 under My TV. I did purchase these from Amazon, and not a vendor.

Now, as to the blu-rays. The picture and sound are very good - better than if I catch an episode on cable. We haven't had any issues with the discs playing and look forward to purchasing more seasons in this format.
4 people found this helpful

Stephen DobbinsReviewed in the United States on September 8, 2014
5.0 out of 5 stars
Another superb release from Lions-gate!
Verified purchase
This is a superb release. The sound quality deserves 5 stars as well. The audio is crisp and clear. Exactly what you would expect from a HDMA audio track. The picture quality is way better than I ever remembered it. It has a very smooth film like appearance and is crisp and clear. Once again Lions-gate has done it right! They delivered a quality product. Season two looks just as good as season one. They obviously put a lot of painstaking care and love into the restoration of these episodes. Every Little House fan will be pleased with these new re-leases. These absolutely are the original un-cut releases. The only thing I wish is that they would use these re-mastered versions on TV when they show the re-runs. I am proud to have these new remastered Seasons up on my shelf alongside all my other blu-rays. I want to give out a big THANK YOU to Lions-Gate for giving Little House on the Prairie the blu-ray treatment. Michael Landon would be so proud of these releases if he were alive to be able to see them. If you purchase Season 2 you will not be disappointed.
8 people found this helpful

HannahReviewed in the United States on July 7, 2017
5.0 out of 5 stars
Buy It Now!
Verified purchase
I can't tell you how much I love that Little House was released on Blu-Ray. The picture and sound are both amazing! I haven't noticed any flaws whatsoever. I am an owner of the original DVD releases from several years ago and I think we can all agree those are less than satisfactory, but the remastered Blu-Ray seasons of Little House will not disappoint you! If you are a fan of Little House do yourself a favor and purchase this ASAP!
5 people found this helpful

There are in all twenty one episodes in this set, and they are all excellent. Some of my favorites had to deal with problems with the Ingalls children like in "Four Eyes" where Mary finds out she needs glasses, and the hilarious episode where Laura and her friend find "gold" in "At the End of the Rainbow." In extremely sad episode from season two is "Remember Me" where the Ingalls's neighbor, a widow named Julia Sanderson discovers she does not have long to live and asks Charles to find a good home for her children, in fact this episode is one of the most heartbreaking from the whole series. But don't worry; there are some less serious episode like "In the Big Inning", "The Gift" and "the Spring Dance." But each episode from this season is fantastic, I think Little House is special because every episode is a must have for any collector, they're all absolutely fantastic.

We get more of the same (which is a good thing) in the packaging department for season two's collector's edition release, there are some nice photos of Melissa Gilbert and Melissa Anderson, and Michael Landon and the photos for the disc are nice as well. There also is a pamphlet which includes every episode synopsis for season two. We also get more of the same, (which is a bad thing) the only bonus feature is a photo album (not very impressive) a Little House quiz which frankly is a tacky add on and character profiles. Another complaint (although small) is the quality of the picture in season two, it has been improved slightly it still has its problems. But put that aside and this set is a very good buy.

Well I've said about all I can say, a little more effort and this set would be fantastic but hey, who wants to miss out on one of the best television series of all time?
2 people found this helpful
See all reviews
Back to top
Get to Know Us
Make Money with Us
Amazon Payment Products
Let Us Help You
EnglishChoose a language for shopping. United StatesChoose a country/region for shopping.
© 1996-2021, Amazon.com, Inc. or its affiliates