Flip to back Flip to front
Audible Sample Playing... Paused   You are listening to a sample of the Audible narration for this Kindle book.
Learn more
ISBN-13: 978-1447461388
ISBN-10: 144746138X
Why is ISBN important?
ISBN
This bar-code number lets you verify that you're getting exactly the right version or edition of a book. The 13-digit and 10-digit formats both work.

This volume of the Golden Age of Illustration Series contains Hans Christian Andersen's 'The Little Match Girl', first published in May of 1824. This classic fairy tale has been continuously in print in different editions since its first publication, with many, many, different artists illustrating the story over the years. This edition features a beautiful collection of the best of that art, taken from the likes of Arthur Rackham, Mabel Lucie Attwell, Harry Clarke, Honor Appleton, Maxwell Armfield, among others.

This series of books celebrates the Golden Age of Illustration. During this period, the popularity, abundance and - most importantly - the unprecedented upsurge in the quality of illustrated works marked an astounding change in the way that publishers, artists and the general public came to view this hitherto insufficiently esteemed art form.

The Golden Age of Illustration Series, has sourced the rare original editions of these books and reproduced the beautiful art work in order to build a unique collection of illustrated fairy tales.
Read more

"Mrs. Rochester's Ghost" by Lindsay Marcott
In a modern and twisty retelling of Jane Eyre, a young woman must question everything she thinks she knows about love, loyalty, and murder. | Learn more 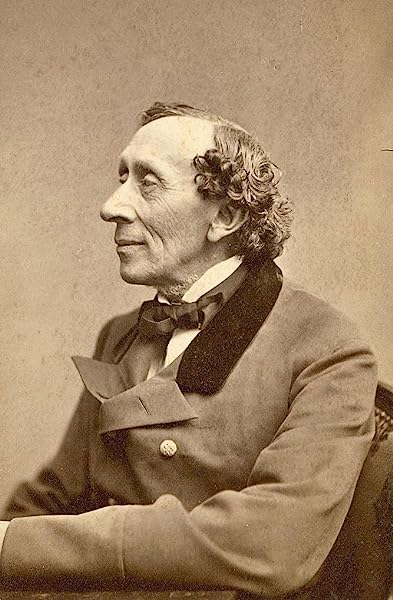 Hans Christian Andersen (/ˈhɑːnz ˈkrɪstʃən ˈændərsən/; Danish: [hanˀs kʰʁæsd̥jan ˈɑnɐsn̩] ( listen); often referred to in Scandinavia as H. C. Andersen; 2 April 1805 – 4 August 1875) was a Danish author. Although a prolific writer of plays, travelogues, novels, and poems, Andersen is best remembered for his fairy tales. Andersen's popularity is not limited to children; his stories, called eventyr in Danish or "fairy-tales" in English, express themes that transcend age and nationality.

Andersen's fairy tales, which have been translated into more than 125 languages, have become culturally embedded in the West's collective consciousness, readily accessible to children, but presenting lessons of virtue and resilience in the face of adversity for mature readers as well. Some of his most famous fairy tales include "The Emperor's New Clothes", "The Little Mermaid", "The Nightingale", "The Snow Queen", "The Ugly Duckling", and many more.

His stories have inspired ballets, both animated and live-action films, and plays.

4.4 out of 5 stars
4.4 out of 5
54 global ratings
How are ratings calculated?
To calculate the overall star rating and percentage breakdown by star, we don’t use a simple average. Instead, our system considers things like how recent a review is and if the reviewer bought the item on Amazon. It also analyzes reviews to verify trustworthiness.
Top reviews

Cup of tea
5.0 out of 5 stars probably for older kids
Reviewed in the United States on August 19, 2020
Verified Purchase
It is a classic short story by Hans Christian Andersen, probably more suitable for older kids. It's a sad story, at the same time there is some brightness and hope in an unexpected way.
Did you know that Andersen did not think of himself as kids writer?

Danial
5.0 out of 5 stars Grat Book
Reviewed in the United States on November 17, 2021
Verified Purchase
One of my childhood favorites and the illustrations make it perfect.
Read more
Helpful
Report abuse

Marylyn May
5.0 out of 5 stars Great story to help kids learn about poverty and the toll it takes on it’s victims.
Reviewed in the United States on September 6, 2019
Verified Purchase
We loved the illustrations. I bought it to read with my 6 year old granddaughter.
Read more
2 people found this helpful
Helpful
Report abuse

Mew 409
5.0 out of 5 stars Touching & beautiful.
Reviewed in the United States on February 8, 2018
Verified Purchase
A real heartbreaking story about a young wanting something more out of life. If this story doesn't break your heart nothing will.
Read more
2 people found this helpful
Helpful
Report abuse

Frances Dunton
5.0 out of 5 stars Good
Reviewed in the United States on December 20, 2018
Verified Purchase
This was a book for a book group and we all loved it
Read more
One person found this helpful
Helpful
Report abuse

Deborah collingwood
5.0 out of 5 stars Beautifully humbling story.
Reviewed in the United Kingdom on January 4, 2019
Verified Purchase
Beautifully humbling. A childhood story told to me by my mother. Bought now for my grandaughter...remember never to leave anyone out in the cold.
Read more
Report abuse