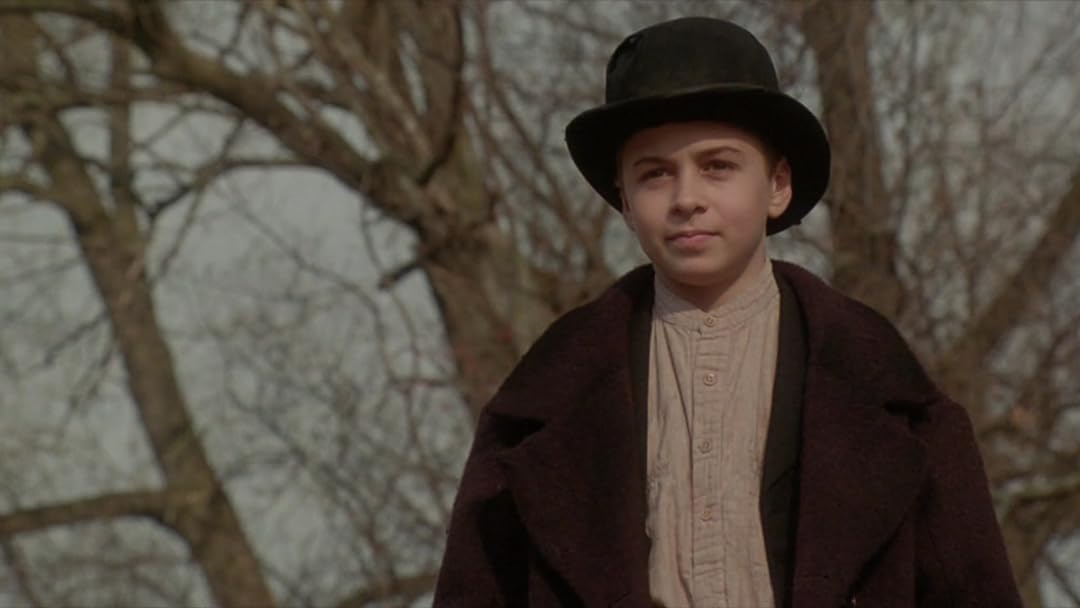 (139)
1 h 37 min1998PG
Based on the classic novel by Louisa May Alcott. When two homeless boys from Boston find themselves at Plumfield, a rural boarding school run by Jo and her husband, the boys learn both academic and life lessons they won't ever forget.

Amazon CustomerReviewed in the United States on July 15, 2018
1.0 out of 5 stars
If you have actually read the book-steer clear of this movie, it is a sad disappointment.
Verified purchase
There was so much changed from the book, it was rather disappointing. The relationship between Mr. and Mrs. Behr was strained where as in the book they worked together. Mr. Behr was a completely different man, not kind and forgiving, but rather quick to judge Dan and want him out. And seriously, leaving out the March family entirely and making John Brooke rich?!?! And Nat and Nan, really?!?!
Don't waste your time on this cheesy version. The book is so much better. The movie is not even worth the time.
15 people found this helpful

Charles J. PetersenReviewed in the United States on December 30, 2019
5.0 out of 5 stars
Great Movie!
Verified purchase
I've NOT read the book--and like "Little Women," I'm sure this movie falls short of the book. However, the movie was replete with moral principles, character building, and strong emotional content--and one of the greatest themes of all--redemption. Good prayers, hymns, songs, etc. throughout. Excellent movie.
4 people found this helpful

Caitlin StuckerReviewed in the United States on June 15, 2019
5.0 out of 5 stars
Call the family
Verified purchase
A wonderful place with love and laughter lessons learned from lies to honesty a little man who knows how hard life is and has endured a great loss will learn to smile again but knowing what right from wrong and The fairy real consequences of your actions. Take the ride and enjoy little man and I thoughtful hope heartwarming message to kids and adults alike little man y’all have you watchen it all over again and again for generations to come.
2 people found this helpful

Sharon OrestadReviewed in the United States on September 9, 2020
2.0 out of 5 stars
Why stray so far from the book?
Verified purchase
I absolutely adore the book and read it with my little kids who also loved it so we decided to watch the movie and it was so dark compared to the book that my kids didn't want to watch it. Not the same!
3 people found this helpful

Just_a_regularReviewed in the United States on February 3, 2021
5.0 out of 5 stars
Great movie
Verified purchase
I use to watch this movie as a kid and then I decided to buy it because I haven't seen it in forever. Definitely a must watch if you like little women or Oliver twist. It's about a orphan who finds a home. And deals with kids who had a rough up bringing and having a guard up. Very touching and great movie to add to your collection.

SELECTIVE CONSUMERReviewed in the United States on December 31, 2020
5.0 out of 5 stars
Nice Family Movie
Verified purchase
Louisa Mae Alcott was my favorite author as a young child and right through my teens. I've read many of her books. Little Men told a good story but it was my least favorite. I just was not interested in a story about boys. The movie was both interesting and enjoyable, however. I do recommend it to families.

M. NewmanReviewed in the United States on September 18, 2012
4.0 out of 5 stars
An abridged version, but at least they kept Fritz. Worth a view!
Verified purchase
Don't let the reviews of this film turn you completely away.
It's a fun film, especially if you watch it with appreciating children, and worth at least one viewing.

Though it is abridged somewhat disappointingly, I thought this version was entertaining. It is true that Jo is just not Jo in this film (where's the spunk?), but I rather liked Chris Sarandon as Friedrich, even though his portrayal is rather more rough than Alcott's character (hey, let's just be thankful Bhaer was in this version at all--I love this character.) The children cast was good, if not occasionally cheesy in their line delivery.

Actually, the only things I really disliked about this version was the narration, (which seemed only to exist to fill gaps from where they skipped over places), the lack of Laurie and Rob Bhaer, or any other Marches, and how they handled John Brooke's death...but this is coming from someone who has re-read all of these books so many times, no movie could ever live up to my high expectation of its charm.

So yes, watch this movie, and look over its faults. I was just so relieved to find that the makers had respected the book and kept Fritz that the movie is thereby fantastic.
9 people found this helpful
See all reviews
Back to top
Get to Know Us
Make Money with Us
Amazon Payment Products
Let Us Help You
EnglishChoose a language for shopping. United StatesChoose a country/region for shopping.
© 1996-2022, Amazon.com, Inc. or its affiliates