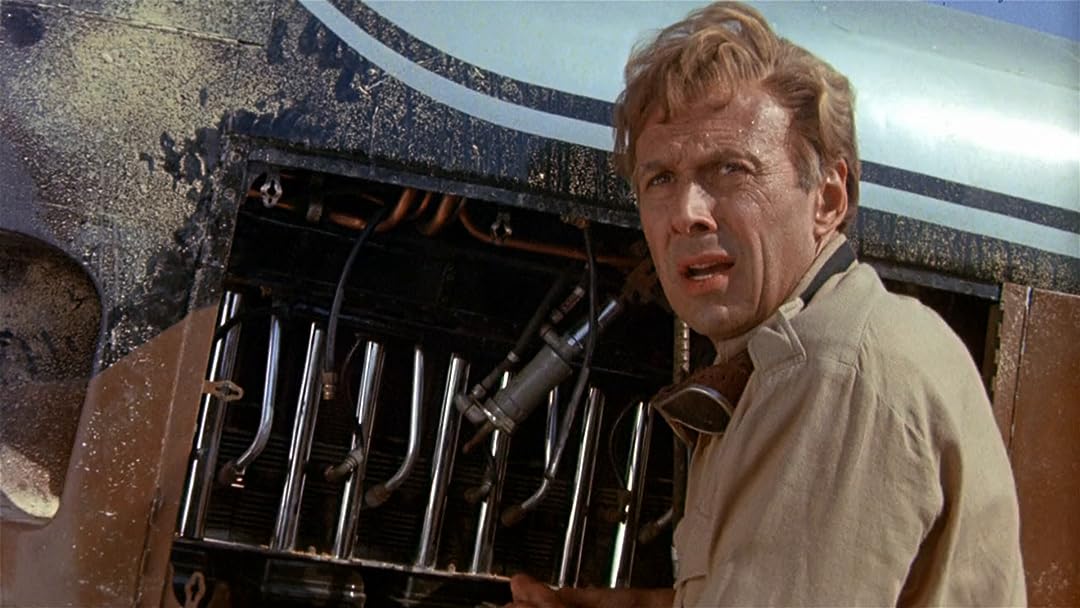 A. MoeReviewed in the United States on September 5, 2016
5.0 out of 5 stars
Delightful, poignant performance of a classic tale
Verified purchase
I purchased this movie after the recent death of Gene Wilder. I had seen this movie years ago when it first came out, and remembered that I loved that Gene had played the character of the Fox in the movie. Having loved this story for years, it was delightful to re-watch it again. I had forgotten that the movie had been turned into a musical, featuring the music of Lerner and Loewe (which won a Golden Globe for one of the songs). Richard Kiley is perfect as the pilot who encounters the Little Prince in desert, and has a wonderful voice to boot. Bob Fosse becomes the humanized form of the Snake - and he's amazing. But it's Wilder's personification of the Fox and his exchange with the Little Prince about being tamed that steals my heart every time. Reading it in the book is one thing - watching Gene Wilder's facial expressions is something else entirely. While Wilder is a comedic genius, this performance makes the movie, at least for me. I bought it so I can now watch it over and over.
18 people found this helpful

Florida PhDReviewed in the United States on September 18, 2020
5.0 out of 5 stars
Favorite Broadway Cast--Classic
Verified purchase
My wife and I went through French lit and Spanish lit in college. Try reading "El Cid." Actually my favorite bit of Francophone Literature is a short 100 page or so masterpiece--"The Little Prince." A story about a withdrawn gentleman pilot that crashes into a serious mid-life crisis when his plane goes down in the desert with no hope of rescue. While attempting to repair his engine he is confronted by a sword weilding little boy that appears from nowhere and seems very familiar.

This is a film adaptation of the popular Broadway musical based on the book. This is by far my favorite version and favorite cast. This is similar to the version of "Willie Wonka and the Chocolate Factory" that had Gene Wilder play Wonka when I was a kid. It's a classic. (Sorry Johnny Depp--your Wonka didn't Work.) Wilder plays a minor part as the Fox in this, but is perfect for the role. Each character is believable and entertaining. "Get off of my planet." "I'm just a Snake in the grass." And so on.

Ronald SheikhReviewed in the United States on August 6, 2018
5.0 out of 5 stars
A Musical Little Prince? YES!
Verified purchase
Frankly, I was a bit skeptical when I heard The Little Prince was a musical. But when I saw the movie I was delightfully
surprised! Fun Music, Great adaptation of the book, and wonderful performances by Richard Kiley and Stephen
Warner--but Gene Wilder steals the show with an awesome Fox. I agree with the reviewer who said: "This is the best
Little Prince movie ever!" Well Done!

Anonymous Amazon UserReviewed in the United States on September 28, 2019
5.0 out of 5 stars
This adaptation is truly enchanting! With Gene Wilder and Bob Fosse making appearances too!
Verified purchase
I have to admit, I was a bit skeptical when I was buying this, I wasn't sure how well the story was going to be adapted when compared to the book. For the most part I was very pleased that it honored it's source material very well, I respect this film adaptation highly for the willingness to go the distance of sticking to the book's story and not diverging elsewhere. With that said, I have to admit I was somewhat confused, if not put off, by one of the aspects of the film's narrative. That would be "the General" and his planet. You see, the General is never mentioned a single time in Antoine de Saint-Exupéry's book. Not only that but the General tells the Little Prince about Earth (which contradicts the book because it's actually the Geographer, aka the Historian, who was supposed to tell the Little Prince about Earth. Also, the cover art of the DVD box is deceptive. When I saw Bob Fosse dancing on the Lamplighter's planet, I thought Bob Fosse was the Lamplighter and not the Snake. I was a bit put off by the lack of the Vain man, the Drunkard, and the Lamplighter. Understand that it is still an adaptation of a story if you plan on buying it, there are aspects omitted and something needlessly added (the General). I like the musical aspect though, it is charming in its own respect. I would give this film 4.5/5
One person found this helpful

Just meReviewed in the United States on June 13, 2020
5.0 out of 5 stars
Yes sir, I like it!
Verified purchase
I grew up watching this movie on beta tape...wow I'm getting old.

This 1974 telling of the Little Prince is a musical with songs by Lerner and Lowe. It stars Richard Kiley (we sparred no expense), Gene Wilder and the one the only Mr Jazz Hands himself Bob Fosse.

This film is beautiful, it's simple but to be fair it is rather dated. The music is wonderful. Songs like "It's a Hat/ I Need Air" or "Closer and Closer" get stuck in my head all day. The closing song, simply titled "Little Prince" never fails to get the tears flowing.

This movie has been a staple in my life since I was a baby. I've shared it with a few people to mixed reviews. I really don't know if I can recommend it or not but my life wouldn't be complete without it.

Christine M.Reviewed in the United States on May 24, 2021
5.0 out of 5 stars
FAVORITE MOVIE....
Verified purchase
My dad brought me to NYC to see it, i guess in the mid 70’s....something I will never forget, so that adds to why i love this movie...The message is perfect, especially right now dealing with climate change & so many other issue & learning experiences you can get out of this movie....Richard Kyle is superb & the Little Prince has always been etched in my mind, his laugh is contagious....I’m still in awe as to why it has never really got the credit for it...

Kindle CustomerReviewed in the United States on February 1, 2018
5.0 out of 5 stars
Delightful adaptation of the well-loved story!
Verified purchase
One of my all-time favorite stories! I saw this on TV years ago and was delighted to find it available to watch here! The story is as relevant today as when it was written, the characters brilliantly played and the little prince charming. This follows the story line quite well, but reading the book is a must regardless.
One person found this helpful

Victoria WinifredReviewed in the United States on August 23, 2014
5.0 out of 5 stars
The Best Movie Version of The Little Prince
Verified purchase
I read "The Little Prince" to my elementary classes from 2nd grade and up. It is accessible on so many levels, and besides, children understand things more deeply than GROWNUPS ;) can imagine. Watching this movie afterwards is always a special treat. Richard Kiley and Steven Warner are a magical match. It is remarkable to watch children, yes even of this generation, become delighted and touched by this story, and by the musical numbers and singing. Richard's voice is exhilarating and very moving, especially during the last song. Read all the other highly rated reviews here; all the good things are true.
There are definitely parts of the opera DVD that I like also, such as the children/stars, the lamplighter, and the drunkard, and occasionally I will show those clips too. But if you need to pick just one version to show, this is it.
3 people found this helpful
See all reviews
Back to top
Get to Know Us
Make Money with Us
Amazon Payment Products
Let Us Help You
EnglishChoose a language for shopping. United StatesChoose a country/region for shopping.
© 1996-2022, Amazon.com, Inc. or its affiliates