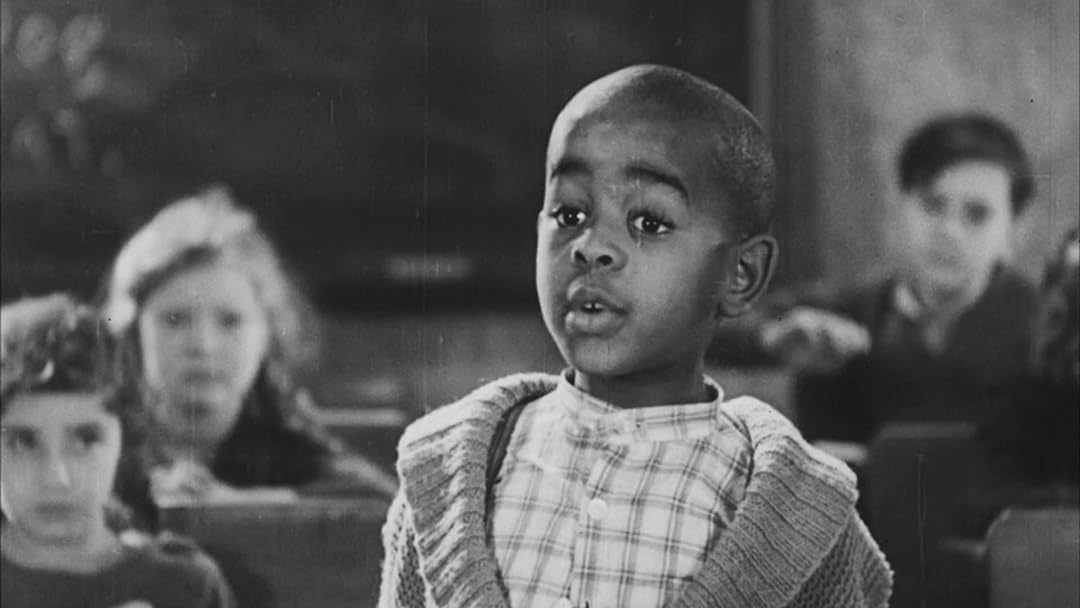 (63)
1 h 36 min19327+
Join Spanky, Stymie, Buckwheat and the rest of those Little Rascals for five feature episodes that are both hilarious and heart-warming! You'll see Stymie and Spanky help weed out two small thief's posing as children in Free Eats, watch the Gang band together against their over-bearing care-taker in Mush and Milk, and even find out how far Farina will go to do nothing on his day off in Lazy Days!

Tamara DReviewed in the United States on February 22, 2015
5.0 out of 5 stars
I'm glad I purchased it
Verified purchase
I used to watch this every morning when I was a kid. The little Rascals were always so resourceful and imaginative when when they played. I find children now mesmerized by their antics. I'm glad I purchased it. I wouldn't want to lose this vintage children's show. It beats present-day kid programming hands down.
12 people found this helpful

LJReviewed in the United States on August 9, 2018
5.0 out of 5 stars
Little rascals
Verified purchase
I never tire of little rascals
2 people found this helpful

Andre M.Reviewed in the United States on September 7, 2011
3.0 out of 5 stars
Mixed bag of Rascalism
Verified purchase
This DVD set is a mixed bag of the good and bad of the Our Gang/Little Rascals.

THE GOOD-3 Classics and one that's almost there. FISH HOOKY (1933) is by far one of the best examples of Rascalism. This is where the then-grown 1920s gang (Mickey Daniels, cutie pie Mary Kornman, Joe Cobb, and Allen "Farina" Hoskins) mix with the then present crew of Stymie, Wheezer, and Spanky, et. al. Joe and Farina mislead the smaller fry into playing hookey from school. Lots of classic stuff here. The phony notes, (Deer Teecher, Pleeze eskuse Wheezer, he caught a skunk), Mickey's tall tale about reform school, and the chase through the amusement park, oh what a joy to be had! FREE EATS (1932) has the gang attending a kiddie picnic with some midgets ("fidgets" as Stymie calls them) who are out to rob a safe. Look for Spanky's debut as he spins a tall tale. MUSH & MILK (1933) has our heroes and a vile orphanage run by an evil witch (a remake of the rarely seen 1927 silent BRING HOME THE TURKEY). On a par with their 1935 orphanage epic SHRIMPS FOR A DAY (not included here). These alone are worth the price of admission

The almost classic is the 1926 silent THE 4th ALARM, with the gang as firefighters. This appears often in public domain Rascal compliations. Some good and amusing moments (especially when the hose whips Farina through the air). This was remade in 1932 with Spanky and Stymie as HOOK & LADDER.

THE BAD- LAZY DAYS (1929) was nothing to write home about. This is all Farnia moping around about how tired he is and whining about having to take care of his baby brother (with his real life sister Jannie bamboozled into waiting on him. The novelty of sound in 1929 must have been the initial attraction for this one.

THE UGLY-BIG EARS (1931) is often considered one of the worst of the Hal Roach era sound Rascals, and for good reason. This is where Wheezer lears his parents are divorcing, so Stymie and Dorothy raid a medicine cabinet to feed Wheezer the contents to make him sick to stop his parents' plans. This is utterly awful from start to finish! A divorce has no place in the world of the Rascals (although the bit where Donald Haines cruelly tells Wheezer what the word "divorce" means rings true to anyone who has witnessed bigger kids sadistically destroying the innocence of smaller fry). The "humor" of the idea of children raiding a medicine cabinent is ghastly, and the father makes a racial slur at Stymie (usually when this happens in other films such as FREE WHEELING and DOGS IS DOGS, the bigots are shown to be in the wrong. Not the case here). This is/was rarely if ever shown on TV, for good reason.

So you get at least 4 good comedies and two pieces of junk. Overall, not bad for the money.

jayReviewed in the United States on November 5, 2018
5.0 out of 5 stars
Very enjoyable lots of laughs
Verified purchase
Entertaining
One person found this helpful

BarefootdogReviewed in the United States on May 19, 2017
4.0 out of 5 stars
timely funny stuff....
Verified purchase
Worth watching....dated....a view of kids and life in another era...the kids humor is still terrific..
One person found this helpful

Amazon CustomerReviewed in the United States on September 25, 2017
5.0 out of 5 stars
Five Stars
Verified purchase
Nice reflection of the time in which the show was written. LOVE IT!

AKSteveReviewed in the United States on May 1, 2015
5.0 out of 5 stars
Five Stars
Verified purchase
Item as described - quick delivery.
One person found this helpful
See all reviews
Back to top
Get to Know Us
Make Money with Us
Amazon Payment Products
Let Us Help You
EnglishChoose a language for shopping. United StatesChoose a country/region for shopping.
© 1996-2022, Amazon.com, Inc. or its affiliates