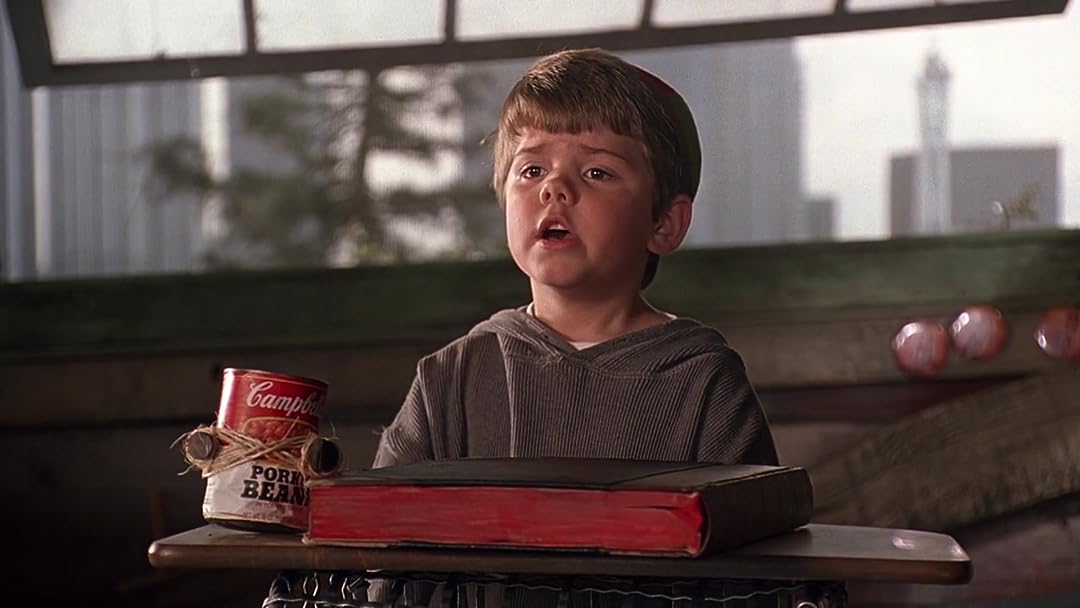 (10,983)
6.31 h 23 min1994X-RayPG
The He-Man Womun Haters Club is in danger of losing one of its members when Alfalfa falls in love with darling Darla. Featuring cameos from Whoopi Goldberg, Mel Brooks, Reba McEntire.

Joseph A. ArdineReviewed in the United States on October 16, 2017
4.0 out of 5 stars
Missing that Hal Roach magic!
Verified purchase
Let's discuss the product first; which is an extremely basic Blu-Ray, lacking any and all special features save for the movie trailer. I'm not an expert on picture quality, but the film and audio seemed to be standard Blu-Ray quality.

As far as the film goes, it's lost between being a loving homage to the original vision and a standard PG joke fest complete with double entendre and bathroom jokes. Personally, I would have preferred a full G rating with more emphasis on capturing the spirit of Our Gang.

What's missing? The illusion of real friendship. The movie suffers from a severe lack of chemistry between the lead buddies, Spanky and Alfalfa. Throughout the film it's difficult to believe that these two children are best friends. A much better job is done with the characters of Porky and Buckwheat; it's too bad all the casting wasn't better.

On the topic of casting, certain roles overall seem wasted. I hate to critique children so harshly, but the lackluster performance of Spanky, Stymie and Darla truly heightens the admiration I hold for the raw talent of the original actors! The most noticeable is Darla, who might have been cast solely based on appearance. This is an odd shame when one remembers how well the original Darla could sing, dance and act with a good degree of comic timing.

Basically, if you enjoy the Little Rascals and keep an open mind, you should enjoy watching the classic gags being updated. Just try not to judge this Rascal crew too harshly; there was only one George McFarlane after all!

LeLeReviewed in the United States on June 18, 2020
5.0 out of 5 stars
Love this movie! Watching it was a blast from the past!
Verified purchase
My son love love loves this movie and we watch it at least once a day! He is only two but quotes several spots in the movie and it is one of the ones on our constant rotation. I loved that I can buy it digitally so that it can be not only on our Firesticks but also on his iPad and other devices where he can watch it wherever we are. I remember going to the theaters when I was small and watching this and it is so wonderful to me that my own son now enjoys it as much as I did when I was younger!
6 people found this helpful

Nana+4Reviewed in the United States on September 7, 2020
5.0 out of 5 stars
ONE OF THE BEST MOVIES EVER MADE FOR KIDS
Verified purchase
I absolutely loved it when it first came out...my daughter, nieces and nephews have all loved it....and now my grandsons are loving it! It's a family tradition with all the kids I've shared it with, and will continue to share it with. It's just a shame that there weren't sequels to it, like was done with The Sandlot 1,2,3. That would have been awesome!!! I can't imagine anyone, at any age, wouldn't love it. It's a true depiction of much happier times, and a snapshot of what childhood should really be all about...adventure, exploration, using imagination, friendships....before all the electronic baby-sitters that have stolen these opportunities for kids to be kids in the times we're now in...
3 people found this helpful

KaylaReviewed in the United States on August 19, 2020
5.0 out of 5 stars
A classic!
Verified purchase
I have three kids, (ages four, five, and seven), and we recently watched this classic during a Friday night family night. Even though it is not animated, it held all of my kids attention and they really enjoyed the movie! In fact, they have asked me to buy the DVD so that they can watch it more often! Such a cute funny movie!
3 people found this helpful

Mark N.Reviewed in the United States on December 22, 2019
5.0 out of 5 stars
Funny then, funny now. OTAY!
Verified purchase
Made me laugh as much this time as when I first watched it 20 years ago. Timeless. Forgot about the Trump cameo. HA!
5 people found this helpful

kindlemom1 (My Guilty Obsession Blog)Reviewed in the United States on January 20, 2021
5.0 out of 5 stars
Still One of the Cutest Movies Out There!
Verified purchase
This movie is a family favorite (has been for years!) and still never fails to put a smile on our faces and make us laugh out loud regardless of how many times we've watched it.

Evelyn H.Reviewed in the United States on March 16, 2020
1.0 out of 5 stars
NO VOICES ON SOUNDTRACK- CANT HEAR THE DIALOGE!
Verified purchase
I saw this movie years ago and loved it, so I purchased this DVD. I was extremely disappointed, because although there is background sound and you can see the actors lips moving, there are ZERO voices! I wanted to return it, or at least get my money refunded, but probably because this is a movie, no option exists for that; So, a double disappointment. The seller still gets paid even though they sold a dud DVD, and I have no recourse. DO NOT PURCHASE!
3 people found this helpful
See all reviews
Back to top
Get to Know Us
Make Money with Us
Amazon Payment Products
Let Us Help You
EnglishChoose a language for shopping. United StatesChoose a country/region for shopping.
© 1996-2022, Amazon.com, Inc. or its affiliates