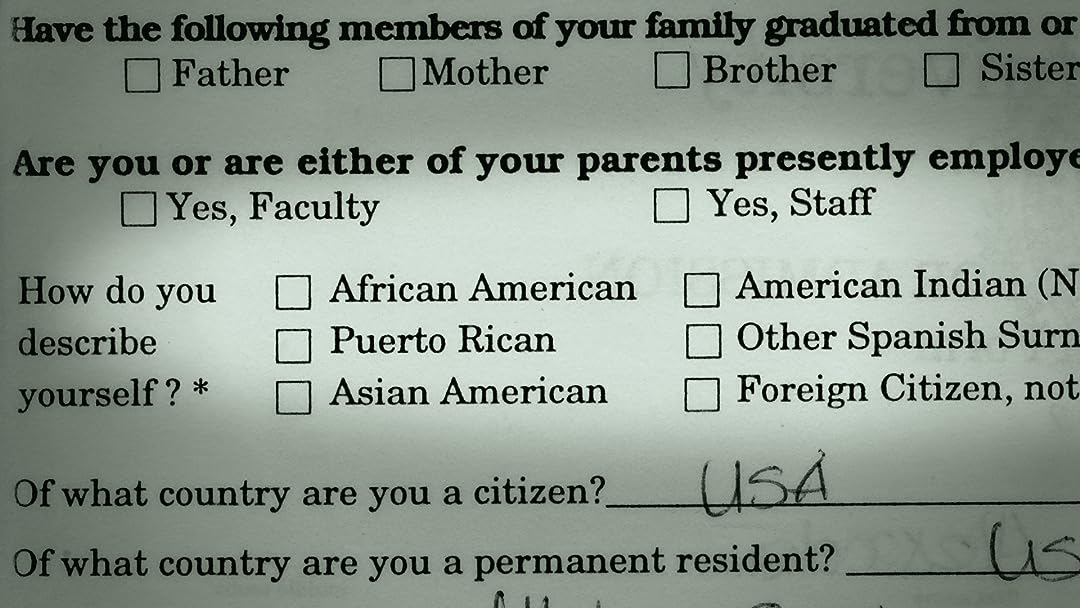 (553)
7.21 h 5 min201413+
Lacey Schwartz grew up convinced she was white. She has copper skin, black curls, and full lips - features which distinguish her instantly from her Jewish parents. But it wasn't until she was 18 that she learned the truth: her real father was black. Eight years in the making and put together by Lacey herself, Little White Lie tells the compelling story of an uncomfortable, unacknowledged truth.

CGonReviewed in the United States on July 31, 2018
5.0 out of 5 stars
Daddy of Her Heart
Verified purchase
Very compelling movie. Let's not forget that everyone that was in it consented before the film was released to the public. Sad to read hate in some of the other reviews - and some didn't even watch the whole film and they're criticizing!!! If you don't care about other people's lives and struggles, don't watch documentaries about their lives! Problem solved for you. I love Lacey's bravery, and the courage of the family members who took part in the film. To Lacey's Daddy: You are the Daddy of Her Heart. Don't forget that. God bless Lacey and her husband and family.
130 people found this helpful

Amazon CustomerReviewed in the United States on May 26, 2020
1.0 out of 5 stars
Shameless
Verified purchase
I feel really sorry for the father, not only did his wife cuckold him but also allowed herself to get pregnant by her lover then she proceeds to lie about the parentage and even brings the lover around to family functions!!! And to top it off she doesn't act the least bit remorseful. As far as the daughter, it's not her fault how she came into the world but it seems like she turned her back on her father once she decided to "be black" when she's biracial, you can embrace both cultures! I don't know what the point of this documentary was, I personally would be embarrassed to air such dirty laundry for the world to see.
59 people found this helpful

Cambria AndersonReviewed in the United States on June 15, 2020
4.0 out of 5 stars
There's a lot to unpack in this
Verified purchase
As a black woman watching this, the thing that stood out the most to me was her white family's (particularly her mother's) complete lack of understanding of just how important our Black identity is to who we are as Black people. I think this speaks to the root of some of the issues that enabled her family and friends to ignore or avoid her blackness in the effort to remain comfortable in a simplified reality that they understood. If her mother truly could have grasped what she was taking from her daughter by removing her blackness from her identity, I wonder if she would have still made the same decision. This whole documentary could be used as an example for why the "colorblind" way of thinking about race is so problematic and can be so harmful to POC and can also speak to what an impactful and powerful thing Blackness is that I don't think a lot of white people truly grasp.

Another thing that really stuck out to me, that I think also speaks to the time that this documentary was created and how people's views change.... I found it very interesting that in her discovery of her blackness and her claiming of her newfound identity as a "black woman" she clearly stated that she no longer sees herself or identifies as a white woman. This was particularly interesting to me, because in her mind the two are mutually exclusive. She understands that she is biracial, but even though she was raised in a white culture and has lived life as a white woman for the majority of her life, the "one drop rule" is immediately something she attaches too and can either only see herself as white or as black, but not both. When discussing blackness with her college friends she says something along the lines of "I view being mixed as a part of blackness, but not as a part of whiteness". I found that very interesting and have my own feelings on the subject, but that need to make a choice is very interesting because it didn't seem like anyone was pushing her to make that choice. It was something she felt she needed to do.

Either way I think this was a brave endeavor and she is a lot more understanding and forgiving than I think I'd be.

kiaskyReviewed in the United States on August 17, 2019
1.0 out of 5 stars
Big White Lie
Verified purchase
A family full of lies. The entire family knew Lacy was half black. I'm so annoyed with the entire film.
50 people found this helpful

she_thinks_a_lotReviewed in the United States on August 25, 2018
5.0 out of 5 stars
Very poignant and candid autobiographical documentary
Verified purchase
Lacey, thank you for sharing your meaningful journey into your bi-racial identity with the world. Your story matters, and it was so beautiful that you had the courage to share it with us. I happened across it on PBS a few years ago, and I liked it so much that I watched it again when I saw that it was on Prime.

What I think that people don't realize is that at the time you came into your identity as a young adult, the term bi-racial was not used. People were literally seen as either black or white. Period. So discovering yourself as someone who didn't fit into a 'neat' category must have been more challenging that other people can really appreciate. Not only did you navigate your difficult racial journey well, you seem to have come out so much more fulfilled for having done so.

As a side note, the way that your husband looked at you on your wedding day was so loving and caring. So it looks like you made a great choice for your own marriage. Wishing you many happy years together.
55 people found this helpful

Craig HaynesReviewed in the United States on June 9, 2020
5.0 out of 5 stars
Extraordinary story of corrupt human values.
Verified purchase
This is less an autobiographical documentary about race, class, and culture and more about truth and honesty. It is depressing because all the wasted years of lies can never be reclaimed—all the years Lacey’s mother lied, year after year, robbed everyone of living truthful, honest lives...why? What happened in Lacey’s mother’s life, that rendered her such a cruel and unsympathetic person. I know the pain. My mother did the same to me. Ancestry.com, revealed the truth to me at age 63! I have no idea who my biological father is. This is not an easy story to watch. Lives were damaged forever. And truth takes a back seat to denial, secrets and coverups. More damage. A good sequel to this would be what happened to Lacey’s mother that made her so callous to her husband and family. Well produced and courageous.
20 people found this helpful

Robert E. MaloneReviewed in the United States on June 11, 2020
4.0 out of 5 stars
Contrived? It's real lives - some spoilers
Verified purchase
Some reviewers complain about how contrived the story is, but real life isn't pretty. It is a complicated story and viewed considering the framework of society in the 1960's and 70's. Lacey's parents met as teenagers and followed a typical pathway to happiness promoted at the time. The American Dream. But at the same time, it coincided with the end of the "free love" period of the early 60's and the introduction of birth control in the 1970's. Lacey's Mom went to work in the inner city in 1968 at 21? Most men at the time probably would have said what the heck was her Husband thinking? Point being that there was a lot more to this than discussed in the movie, although some say there is too much personal information as it is. Her Father willfully lived in denial and her mother was in denial and actively supporting the overall denial for decades. Most people avoid conflict. Sad but true. Her Mother didn't want to be a single Mother and her Father was content enough to live with it day to day until Lacey started exploring race on her own. Nobody is guaranteed a happy ending. Most don't get one.
19 people found this helpful

Dan SchaeferReviewed in the United States on August 17, 2020
1.0 out of 5 stars
Selfish Privileged Girl Uses Film to Bludgeon Family & Get Revenge For Being Lied to All Her Life
Verified purchase
"Lacey needs to stop playing the victim and realize that she had a good, nurturing childhood, even by her own account.

And now she wants to drag her family through the mud in order to "be black". Here's a hint: You can do that without leaving your parents as carnage.

And her claim that she didn't realize she might be biracial because her town didn't have racial diversity? Sure....if she grew up under a rock with no link to the outside world like TV.

If she wanted to identify as black? Go for it. Just don't leave a body count because of it."

This previous review summed things up perfectly.
23 people found this helpful
See all reviews
Back to top
Get to Know Us
Make Money with Us
Amazon Payment Products
Let Us Help You
EnglishChoose a language for shopping. United StatesChoose a country/region for shopping.
© 1996-2022, Amazon.com, Inc. or its affiliates