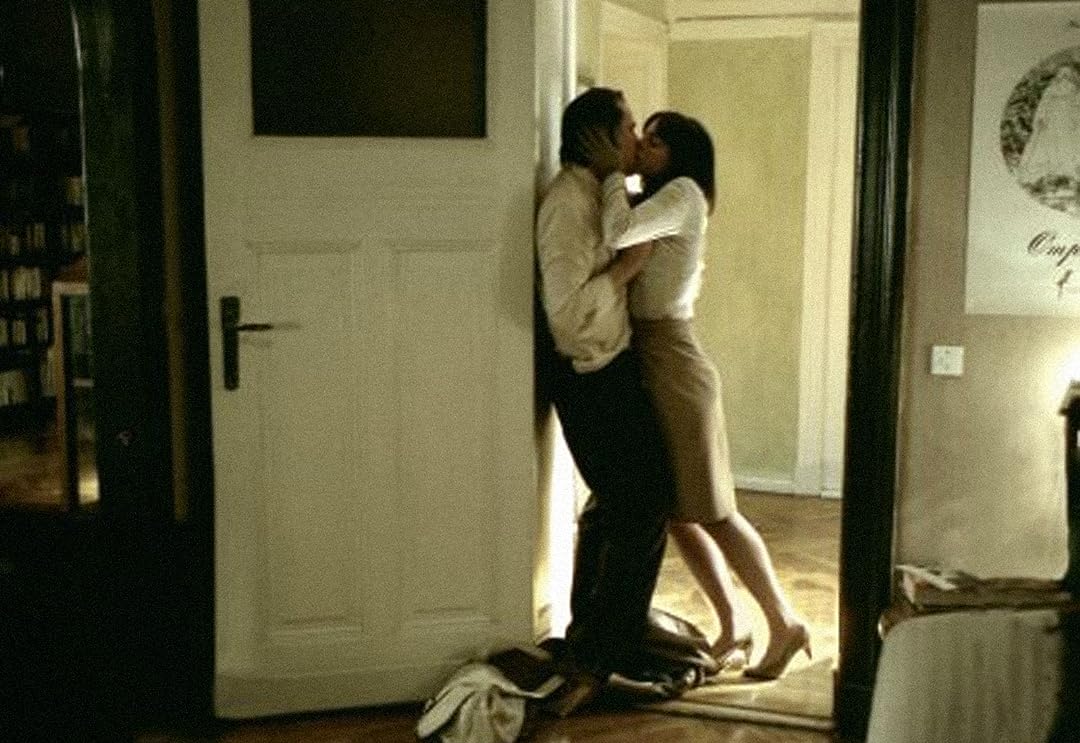 The Lives Of Others

Jill LefforgeReviewed in the United States on November 7, 2017
5.0 out of 5 stars
Don't Miss!!
Verified purchase
The Lives of Others
Amazon Video
German with English subtitles

This is one of my all time favorites. Released in 2006, it won an Oscar for Best Foreign Film and with good reason. It’s a first rate story of spies, intrigue, romance and betrayal.

In 1984, the East German Secret Police decide to investigate a famous playwright Georg Dreyman ( Sebastian Koch) and his lover actress Christa-Maria Sieland (Martina Gedeck) for possible subversive activities. The investigator assigned to them, Hauptmann Wiesler (the late Ulrich Muhe) is the definitive “grey man,” a pale, precise bureaucrat who has given his life to his grey country but finds himself intrigued by these dissidents.

What none of them can imagine is how enmeshed their lives will become.

The film richly recreates the look and feel of a waning East Germany.
After my six or seventh viewing, I’m still in awe of writer-director Florian von Donnersmarck’s sly storytelling and subtle characterizations. And the film is loaded with exquisite acting.

Gedeck’s Christa-Maria is filled with cross purposes she struggles to hide, the effects of living in a political system with all checks and no balances. Muhe plays a lonely man surprised by the forbidden. Watching him experience a seismic shift in values is a master class in restraint.

It’s worth the subtitles.

Eric MayforthReviewed in the United States on November 9, 2017
5.0 out of 5 stars
The Communists Were Mega-Control Freaks
Verified purchase
"The Lives of Others" is set in Communist East Germany in 1984. Georg Dreyman (Sebastian Koch) stars as a playwright who comes under state scrutiny and who smuggles a report embarrassing to the East German regime out of the country.

The report is one describing the high level of suicides in the GDR, and is not surprising considering the ubiquitous attacks described in the film on the dignity of those trapped in East Germany. The Communists conducted ruthless surveillance, employed brutal interrogation techniques, found insidious ways to play people (including family members) against each other to create an atmosphere of constant fear, suspicion, and distrust, and found countless other ways to intimidate East Germans.

One sequence shows someone being interrogated about another person who fled to the West—apparently the obtuse apparatchiks never asked themselves that if Communism was so great, why did so many risk their lives (including Vietnamese and Cubans who fled in non-seaworthy vessels) trying to flee Communist countries.

"The Lives of Others" reveals the extent to which the Communist system forced people to wrestle with their consciences and whether to cooperate with the regime and sell out those close to them or whether to resist and face terrible consequences. The movie has a key character that shows even some members of the Stasi were conflicted, and there is one key glimpse of the extent to which ordinary people knew the East German regime was evil.

Unsurprisingly, even after the Berlin Wall fell, it took some of the characters quite some time to come to terms with some of the psychological aftereffects of living in such a squalid regime, and one of the film's key themes is the loss of hope and purpose that comes from living in such a "society." "The Lives of Others" would certainly give any American a renewed appreciation for the Bill of Rights.

"The Lives of Others" won the Academy Award for best foreign-language film for 2006. The film is in German with English subtitles and is rated R for adult content. It is a moving portrait of what it was really like and a reminder of just how terrible it was to "live" under Communism.
29 people found this helpful

David MillerReviewed in the United States on June 21, 2020
4.0 out of 5 stars
No English Subtitles
Verified purchase
I bought this film because I really enjoyed it when it was released, and I also like to watch German language films so that I don’t entirely forget the 4 semesters of German that I took in college. So, I purchased this film with the hopes of rewatching a great film and hearing the language. However, there are no subtitles whatsoever on the disc. I will just consider it a challenge for my vocabulary, but given that most Americans speak only English, you will be disappointed if you purchase this, expect English subtitles, and you don’t understand any German.
To be fair, I did not notice that there were no subtitles in the product’s description when I read it, and I assume that many others will not notice that either.
8 people found this helpful

Norma VazquezReviewed in the United States on May 30, 2015
5.0 out of 5 stars
... movie and after it won an Academy award for Best Foreign film
Verified purchase
After readings a few reviews of this movie and after it won an Academy award for Best Foreign film,I decided to watch it.
It covers a period in the DDR,which was the Eastern part of Berlin occupied by the Russians. The inhabitants lives are constantly under surveilance by the ruthless Stasi apparatus(a spy network). The story centers on an actor/writer,his girlfriend and his friends who are
constantly watched and recorded by the master spy of the Stasi who eventually questions his actions and their consequences on the people he has been orderedd to surveil. What I found absolutely profound is that the actor who portrays the spy, actually lived in the Eastern part of Berlin during this time and after the Berlin wall fell, discovered in the secret files stored on him, discovered to his surprise and dismay,that his wife,and some friends had betrayed him by providing the Stasi information on everything he said and did.
The actor died shortly after making this movie. I recommend this film highly. One has to put up with sub-titles,but it's worth it.
Truly a gripping tale.
40 people found this helpful

nc2716Reviewed in the United States on May 1, 2016
5.0 out of 5 stars
Engrossing personal stories in the backdrop of East Berlin
Verified purchase
Engrossing movie of life behind the Iron Curtain in Germany in the early 1980's. It provided eye-opening insight into a socialist culture where people accepted that their words and actions were being watched and judged by secret police and informants, and that they could be pulled in by police for interrogation or imprisonment at any time, for the good of society. Yet the people went on with their lives, until the government over-reach negatively impacted them personally. I especially loved the change in the street activity, store exteriors, clothes, and cars after the Wall came down - a subtle but powerful comparison between socialism and capitalism. Besides this insight into socialism, the story line of the movie was touching and still has me thinking about it several days later. This movie is a must-see for all Millennials who think Socialism is great.
20 people found this helpful

RextrentReviewed in the United States on May 26, 2021
5.0 out of 5 stars
Tragic story that should be showed to children in public schools
Verified purchase
Great movie.
No pie in the sky.
No woke jive.
Reality from a dark past.
Prophecy of freedom abandoned and squandered, as if everything is invested in fool's gold.
Who will pull us back out of the Marxist/ Stalinist crock of crap?
The chilling answer is crickets.
One question for the idiot scumbags running the broken system with the crooked gears and the propaganda machine of unadultersted BS.
WTF!?!
3 people found this helpful

majjgReviewed in the United States on August 11, 2021
1.0 out of 5 stars
Does not play even in a "universal" blu ray dvd player
Verified purchase
This dvd is labelled for Blu Ray Region B (I think. The labeling is not clear to me, but it is a hexagon with a "B" over a globe inside the hexagon.) My Samsung DVD player is labelled "DVD Regions 0 - 8 and Blu Ray ABC, Dual Voltage".
I have played Region 2 dvd's (British) successfully in this player. However, the dvd of this movie, "The Lives of Others", brings up an onscreen message, "This disc will not play due to the region code setting of the player."

So, either my dvd player is not really "universal", the regional coding of the dvd is outside the wide realm of the playable dvd/blu rays listed on my Blu Ray player, or there is no player on which this dvd would play. Which is a shame, as I saw this movie through a streaming service a few years ago and found it engrossing, despite having to follow the dialogue through subtitles. A true masterpiece of story telling and acting.
See all reviews
Back to top
Get to Know Us
Make Money with Us
Amazon Payment Products
Let Us Help You
EnglishChoose a language for shopping. United StatesChoose a country/region for shopping.
© 1996-2021, Amazon.com, Inc. or its affiliates