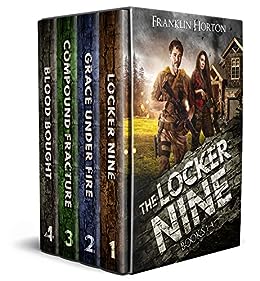 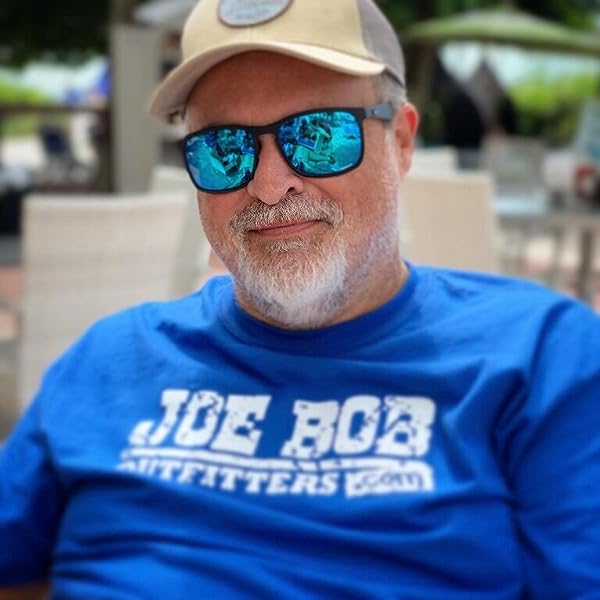 by Franklin Horton (Author) Format: Kindle Edition
See all formats and editions
Sorry, there was a problem loading this page. Try again.

For the first time ever, the complete four-book Locker Nine series is available in a box set. A #1 bestseller in both the post-apocalyptic and dystopian genres.

When Grace left home for college her parents were concerned about the state of their world. They made sure she had the supplies and skills to stay safe if the worst happened. Then it did.

A bestselling survival classic, Locker Nine is available as an ebook box set or as individual paperbacks. You can also get all four audiobooks as a single download!

A determined young woman and a disturbed young man clash in the apocalyptic aftermath of a nationwide terror attack.

Grace's dad taught her survival and self-defense, then sent her away to college hoping she'd never need those skills. All he wanted was to give her a fighting chance if something bad ever happened to her.

Near the end of Grace’s freshmen year, coordinated terror attacks take place at dozens of locations around the country – including on the campus of Grace’s university.

Grace and her father barely have time for a single rushed phone call before they lose signal. With her roommate in tow, Grace embarks on a treacherous journey home and ends up in the crosshairs of another desperate traveler -- a seriously disturbed gamer who sees nothing but opportunity in a world that now resembles that of his favorite video games.

Franklin Horton lives and writes in the mountains of southwestern Virginia. He grew up an obsessive reader who dreamed of being an author since he was thirteen years old. He went on to get a totally useless degree in English from Virginia Commonwealth University. From there he went on to hold a diverse variety of jobs including radio announcer, hotel desk clerk, photo processor, delivery driver, substance abuse educator, retail store owner, carpenter, general contractor, project manager, maintenance director, and finally full-time author.

He's written over thirty science fiction and thriller novels and now lives a hermit’s life on a remote mountaintop along the Clinch Mountain chain, splitting his day between writing and tinkering in his shop like one of his characters. You can visit him on the web at www.franklinhorton.com. Please subscribe to his newsletter for updates, promotions, and giveaways.

4.6 out of 5 stars
4.6 out of 5
90 global ratings
How are ratings calculated?
To calculate the overall star rating and percentage breakdown by star, we don’t use a simple average. Instead, our system considers things like how recent a review is and if the reviewer bought the item on Amazon. It also analyzes reviews to verify trustworthiness.
Top reviews

Kindle Customer
5.0 out of 5 stars Mission accomplished but it came at a price
Reviewed in the United States on July 7, 2021
Verified Purchase
This series didn't disappoint. A terrorist attack puts the U.S. on edge and most Americans are not prepared for the lack of power, clean water or normal transportation. Those that are prepared need to hunker down and be prepared to fight to keep everything they own. And so it all begins...
Read more
2 people found this helpful
Helpful
Report abuse

Amazon Customer
5.0 out of 5 stars Compelling and Believable
Reviewed in the United States on July 2, 2021
Verified Purchase
Well written and actually believable, and thank you, Franklin Horton. Definitely provides for for thought regarding survival when civilisations fall.
Read more
2 people found this helpful
Helpful
Report abuse

SteveM
5.0 out of 5 stars Humanity in dystopia?
Reviewed in the United States on September 15, 2021
Verified Purchase
I have now read all of Franklin Horton's 'Mad Mick' and 'Locker Nine' books. Mr Horton manages to inject a huge amount of humanity into his stories. Not every author, particularly those who write in the dystopia genre, is able to do that. Moreover, the stories follow a logical path in an illogical universe. I enjoyed all of Mr Horton's books, and I look forward to reading more of his work.
Read more
Helpful
Report abuse

Kindle Customer
4.0 out of 5 stars Short And Sweet
Reviewed in the United States on November 27, 2020
Verified Purchase
Nice series. Good characters, lots of storyline twists (like life really) and some nice prep hints. Many thanks to the author and his staff. Ill be keen to take up his future tales.
Read more
One person found this helpful
Helpful
Report abuse

E. Hairston
5.0 out of 5 stars Another great series!
Reviewed in the United States on October 8, 2021
Verified Purchase
I read the series out of order but it really didn’t take away from the total story. Great characters & lots of excitement and adventures.
Read more
Helpful
Report abuse

George Rapson
5.0 out of 5 stars Good book
Reviewed in the United States on July 23, 2021
Verified Purchase
There is more to running a chainsaw than gas. It also has to have some bar oil to keep the chain lubricated and cool. Other than that one little discrepancy I think you did a good job of keeping the story realistic.
Read more
Helpful
Report abuse

Susie
5.0 out of 5 stars Couldn't put them down
Reviewed in the United States on October 13, 2021
Verified Purchase
Thoroughly enjoyed these books
Read more
Helpful
Report abuse

James Crowell
5.0 out of 5 stars Good stuff
Reviewed in the United States on October 25, 2021
Verified Purchase
Some post-apocalyptic fiction is good. Some, not so much. Franklin Horton's yarns are good reads.
"Five more words are required"
Read more
Helpful
Report abuse
See all reviews