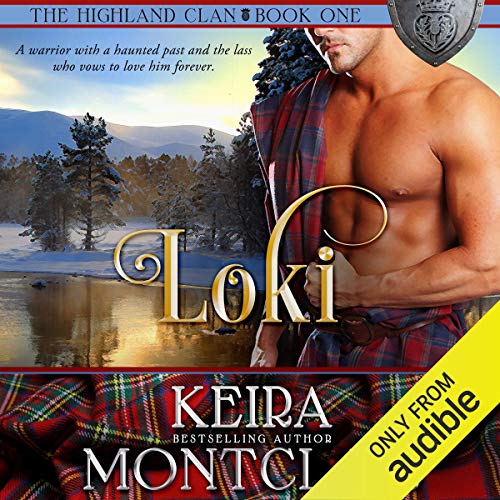 4.3 out of 5 stars
4.3 out of 5
653 global ratings
How are ratings calculated?
To calculate the overall star rating and percentage breakdown by star, we don’t use a simple average. Instead, our system considers things like how recent a review is and if the reviewer bought the item on Amazon. It also analyzes reviews to verify trustworthiness.
Top reviews

Stephanie Noonan
5.0 out of 5 stars Read The Clan Grant series first!
Reviewed in the United States on January 10, 2018
Verified Purchase
It's a great story! My advice would be, before you read this, go back and read The Clan Grant series. That way you have everyone's backstory. I have read ALL of both series, and I'm waiting on Jennet's story. Alex & Maddie's and Bethia's stories are my favorites.
Read more
27 people found this helpful
Helpful
Report abuse

Amazon Customer
1.0 out of 5 stars Sappy. Syrupy. Stupid. Written at a 10 year old reading level.
Reviewed in the United States on April 2, 2017
Verified Purchase
Awful! I agree with the reviewer who said that this book is written for a ten year old (without the sex, which was poorly written as well: "Aye, more, please.") Written on the level of a Nancy Drew Mystery both in plot and prose, I spent most of the read thinking 'really???' The hero just happens to have a lock pick on him in his jail cell to conveniently get himself out of his manacles? The couple pretends not to be married since her father doesn't want an adopted member of the clan for his daughter? She goes back to being a kitchen wench and he remains with the clan nobility? He cannot bring himself to tell his (albeit adopted) parents he loves them? Can the adoption (vs) birth parent issue be hammered any further into the ground? Stop! Just stop, already!!! Sadly, it never stops. On the 'sap and syrup' front, I was getting cavities. “Bella, Bella, what shall I do without you? Ever since that day many moons ago when you kissed me and swore to love me forever, you’ve had my heart.” Ick. If this stuff is what you're into, go for it. For me, no thanks.
Read more
50 people found this helpful
Helpful
Report abuse

KGin
5.0 out of 5 stars New Series to love
Reviewed in the United States on August 2, 2016
Verified Purchase
This is a wonderful read. Maybe I'm drawn to it because I was adopted, but everyone will be drawn to it by the family love and the internal struggles of the hero, Loki. There are a few climatic moments, which keep the reader on edge. Plus, the birth father is something I didn't suspect! Truly a wonderful read!
Read more
25 people found this helpful
Helpful
Report abuse

LoriB
3.0 out of 5 stars Too Bad, really
Reviewed in the United States on April 17, 2018
Verified Purchase
Agree with a majority of the negative reviewers. Not well-written, lots of oddly worded phrases to give the impression the author isn't as educated as a reader might like.
Also, another Highland novel set in the wrong time period (medieval sounding regency) yet writing the hero to sound 21st century in thought, word, and deed. This incongruous trend needs to stop, as the stupid idea that it is even possible gives me a migraine.
If you are so hell-bent on making a Highland Warrior from the 1200s think like a feminist sympathizer, please just stick to Contemporary drivel and let the rest of us enjoy a true Historical romance, please. The Alpha-male isn't just for paranormal, folks.
The story had promise, and it would have been a winner had it been written by someone with more experience.
Not interested in reading any more in this series as I'm sure it is all written the same, elementary-style way.
Read more
6 people found this helpful
Helpful
Report abuse

Crystal Callaway
5.0 out of 5 stars Love the Highland series and Scottish romance books!
Reviewed in the United States on August 8, 2016
Verified Purchase
I love Keira Montclairs Highland series! I have been reading one after the other. They are so real that I can see myself in the highlands back in this time period. I am on the edge of my seat until the end of the book and I cannot wait to read the next one to see what will happen. I highly recommend these books.
Read more
23 people found this helpful
Helpful
Report abuse

Iread2xs
4.0 out of 5 stars I enjoyed it
Reviewed in the United States on July 11, 2016
Verified Purchase
For the most part I enjoyed the first book in the next generation of the clan Grant/Ramsay books I'm sure we may get into the rest of the clans too but let's start with the Grants. Loki Grant started out as a street urchin in "Love Letters from Largs" when he was assisting Brodie Grant to track Celestina. They adopt him at the end of the book. As far as the Grants are concerned, he is a Grant, and he and Arabella have been in love since they were 14ish, which is where my first question arises,
Bella kissed him and tells him she will love him forever in Jenny Grant's book after Loki saves her, so why is she at the Grant Clan and not the Cameron clan keep?
Bella's father won't accept Loki because he is not a Grant by birth or a noble, so he is tryingbto find out who his birth parents are. This causes problems that I'm not even going to go into because that would be a spoiler alert, they are page turning developments.
Next thing that I want to know is, how does she keep sneaking past the guards in the castles that are supposed to be well guarded?
Next
Torrian is traveling with them and no mention of his special diet is ever made and they seem to be eating things that would make him sick.
And
She never got the directions from the messenger to find Loki so finding him from where she was would be like finding someone in Portland, Maine after leaving the white mountains of New Hampshire not knowing where you were going, its just rediculous.
Except for the head shaking, I don't believe it moments, I enjoyed the book, that why it still got 4 stars
Read more
29 people found this helpful
Helpful
Report abuse

Cynthia Boss
5.0 out of 5 stars Loki(The Highland Clan Book 1) by Keira Montclair
Reviewed in the United States on July 23, 2016
Verified Purchase
I loved it. It had twist and turns deep sighs. I loved the name Loki God of mischief. I love the double back story that he gave back the good deeds he had received. I loved getting the endings I wished for. Love, great villains, passion and heroic deeds. Everything I want and need in a historical romance novel.
Read more
19 people found this helpful
Helpful
Report abuse

NavyWave62
TOP 1000 REVIEWER
3.0 out of 5 stars REPETITIVE!
Reviewed in the United States on December 9, 2017
Verified Purchase
l loved Loki when he was first introduced, but this Loki was unsure of his status in the clan and just on about everything. He doesn't just voice this once, but over and over and can't accept the fact he is loved and wanted.

I did like the h, but she put herself into danger to many times. The last part of the book was somewhat redeeming and enjoyable. There was suspense and some surprises too.

There is lovemaking within marriage that was passionate. We do get HEA and another surprise that will be waiting for us I assume in another book. There is no cliffhanger but a young women appears at the end and you wonder if she is tied to Loki.

I loved the family feeling you get from the Grant Clan. I am not going into the premise of the story as many have explained it better than I, just what you may get out of reading this. (ljb)
Read more
3 people found this helpful
Helpful
Report abuse
See all reviews

Mrs B A Sims
5.0 out of 5 stars Brilliant - Clan Grant at its best.
Reviewed in the United Kingdom on December 3, 2015
Verified Purchase
I just finished reading Loki and really loved it. So many different elements and emotions both shown and felt - happiness, sadness, worry (mine that for the first time it wasn't going to end well!!!), annoyance, a whole lot of love and a perfect final line. Loki has grown into a very fine man. I particularly love how Keira Montclair finishes her stories so perfectly and doesn't leave loose ends - except perhaps for the naughty teaser which was slipped in but which only makes me want to read the next story in the series even more. Thanks for a great read and long may the series continue.
Read more
6 people found this helpful
Report abuse

Anne
2.0 out of 5 stars Disappointment
Reviewed in the United Kingdom on October 29, 2018
Verified Purchase
The attempt at using Scottish vocabulary ruined any chance of taking this book seriously. No Scotsman would have used the term Mama - ever. It was clear that the author had no real knowledge of the terminology used in Scotland. Perhaps stick to writing stories about areas and dialects you have had personal experience of.
Read more
One person found this helpful
Report abuse

maureen betts
5.0 out of 5 stars Five Stars
Reviewed in the United Kingdom on September 2, 2016
Verified Purchase
i am looking forward to reading this book and the others the follow this series.
Read more
One person found this helpful
Report abuse
See all reviews
Back to top
Get to Know Us
Make Money with Us
Amazon Payment Products
Let Us Help You
EnglishChoose a language for shopping. United StatesChoose a country/region for shopping.
© 1996-2021, Amazon.com, Inc. or its affiliates