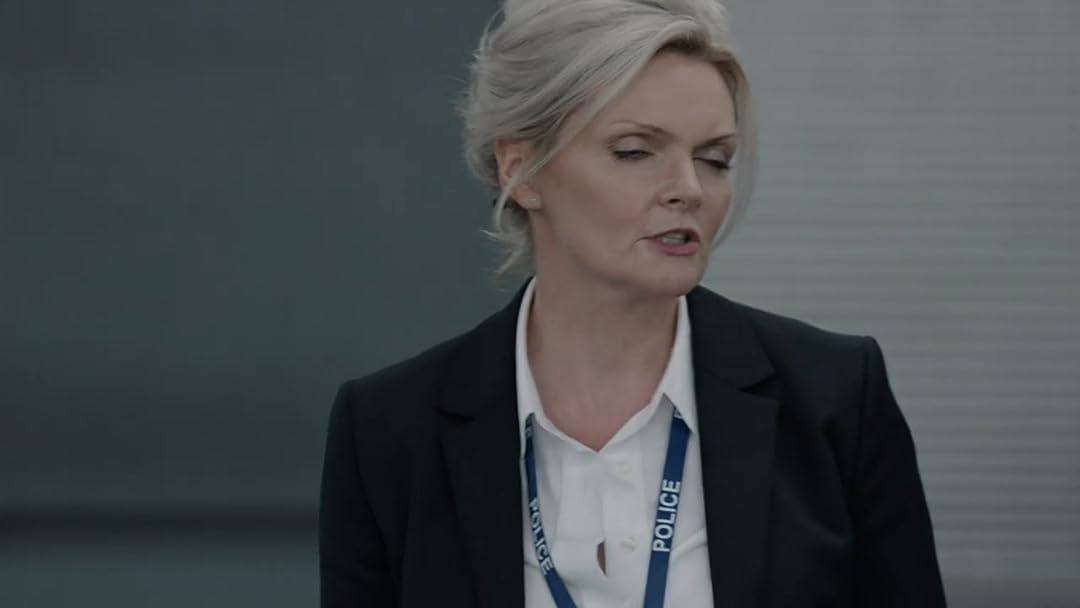 (184)
6.72019X-Ray13+
London’s best detectives take on its worst crimes in this sleek mystery series from the creator of Suspects. DI David Bradford (Hugo Speer, Father Brown) heads an elite murder squad, but the one case he can’t crack is the one closest to him-the disappearance of his wife. Also starring Sharon Small (The Inspector Lynley Mysteries), Bailey Patrick (Bodyguard), and Tori Allen-Martin (Unforgotten).

Chris SavageReviewed in the United States on March 2, 2019
3.0 out of 5 stars
Lets see if they can salvage this show.
I agree with the other criticisms in the reviews of this show. So the producer, director(s) and writers should take those to heart. I have read other reviews that compare the show to Vera and other great English crime procedurals. Not yet, not even close. Going forward: First, lose the whole deal about the boss DCI being all upset and conflicted about his wife's disappearance . . . after five episodes it already has whiskers. It's a plot contrivance to create fake pathos and an edgy boss. Maybe she woke up one day, realized she was married to this self-absorbed bore and jumped off the London Bridge. Let's get him on to earning his salary and scratching our hard-nosed supervising cop itch without all his personal enui. Once they pull his wife out the Thames, let's pair him up with a Gillette Mach 3. The grunge I'm-my-own-man look for a DCI is unprofessional - and every male model for Sears and Macys has beat it to death. Oh yeah, and House, the rebel American doctor. Enough, please. If you're you're young and sexy, in some quarters (like film and TV writers) it might still be cool, but not for any male over 35. Also, the drama with his cow step-daughter, let's lose that too. Bosch has a better relationship with his real daughter and that's enough cop show dad-daughter stuff for the Amazon Prime / Acorn streaming world. Writing-wise, you've had your one: drive-across-London-and-up-16-stories-to-arrive-just-in-time-to-save-a-victim fake suspense incident . . . don't try it again. Also, I know this is England where much of the police force doesn't carry fire arms, but let's get some in the unit weapons-qualified and packing. It's a homicide unit up against mentally disturbed killers. Leave the "Call for armed backup" to Vera out there in Northumberland. As with the parking garage nonsense, some previous reviewer pointed out that the homicide squad room is unpopulated except for the four "stars". Acorn needs to pony-up for a few more extras and, at the risk of being unkind, a little more writing talent. . . let's say to flesh out a good writing team to carry this show into future seasons. It's a tough show-eat-show world out there in the streaming universe, so there's little time for anything less than "tough love" from your reviewing viewers.
81 people found this helpful

Susan A HeckmanReviewed in the United States on February 21, 2022
1.0 out of 5 stars
canceling
Verified purchase
i’m trying to cancel this accidental order
2 people found this helpful

EllenReviewed in the United States on July 16, 2020
3.0 out of 5 stars
Good
Verified purchase
Good

michaelReviewed in the United States on February 28, 2019
2.0 out of 5 stars
Waste of time bad writing and acting
Happy to see Amazon release a new police drama. Unfortunately watched all 5 episodes and was very disappointed. They show looks like it was thrown together very quickly a combination of bad acting and terrible storylines. Also the fact that it looks like they skipped over an episode or two didn't help. One last thing they couldn't even reenact a real police station or the show four detectives looks like they're the only occupants in the police station except for one or two scenes where they show other officers. Just weird. Also looks like one of the worst run murder squads I've ever seen in a movie or television series this whole show is a joke and waste of time.
26 people found this helpful

BaucomReviewed in the United States on February 28, 2019
2.0 out of 5 stars
Confused
This has to be an attempt at comedy . Picture this: two murder squad officers race out of the building, race across town (possibly London), not meeting any traffic, then race to the top of a 16 story parking garage just in time, that's just in time, to save a women from her crazed husband.

Don AnastasReviewed in the United States on February 28, 2019
3.0 out of 5 stars
Sub-Par Script & Performances
I have watched my fair share of crime drama from the UK. Much of it is 5-Star quality with scripts & actors who are at the top of the profession.

In the instance of "London Kills" (the title alone is disturbing) the actors are amateur at best. If you find they won awards some place take that with a grain of salt. The script jumps around, I told my wife I needed a bigger scorecard to keep track of events. Themes disappeared only to reappear much later in the story. i.e. Episode 1 provides one theme, then it goes away, forgotten, then suddenly we're back at it in Episode 5.

It seems as though production time was limited, budgets were being stressed so they pushed the storyline along to find a conclusion. And what a conclusion it was, or should I say season ender. WOW!! I hope they renew for those hooked on this series, if not you really wasted your time. I will say, Episode 5 was the best, and they wet your appetite for more because they left a giant "hook" for the viewer to swallow. Maybe they'll clean up the script, have some professionalism to the characters and their parts. There is too much of that typical scripting we see now in the contemporary shows with police in their own class warfare, disrespect, unprofessionalism which I'm sure exists in the real world but in this instance it takes away from the theme of the story. We want to be realistically entertained without all the personal distractions. 3-Stars at best, my wife votes 1-Star!!

tennismomReviewed in the United States on March 5, 2019
3.0 out of 5 stars
Good plot driven show that misses on details
This show has a lot of potential. The season ending was unexpected. The actress playing Billie I didn't find believable. The other actors were really good. I watch a lot of Brit police procedurals and this one is average but has so much potential. As others mentioned this show doesn't follow procedures like booties at the crime scene etc. They should have sent patrols units that could be closer but were to believe they raced to locations all in one car together and make it on time. The plot is there. The director simply didn't give the fine details in execution that should have been there. These are simple things about police procedure. Itoo felt that the wardrobe was lacking for all characters. Makes me wonder what type of budget this show had. I hope there is a second season and that more attention to is given to the details.
16 people found this helpful

LindahReviewed in the United States on June 11, 2019
1.0 out of 5 stars
Oh come on Acorn
I joined Amazon Prime, Netflix, Acorn, PBS to get away from American Television/Movies. A show created by Acorn would surely stay in line with most British/English shows, where the content is on a great storyline, not on sex appeal. This show may as well have been created by American writers. The cheesy emphasis on the cop in the fitted suit where we have to watch him walk into a room with arms swinging wide to catch his physique. If you want a show that focus on sex appeal and not substance, this one is for you. I'll move along and watch a Swedish show where I have to read subtitles, which is preferred to this garbage. Sorry Acorn, you did such a nice job with Blood.
13 people found this helpful
See all reviews
Back to top
Get to Know Us
Make Money with Us
Amazon Payment Products
Let Us Help You
EnglishChoose a language for shopping. United StatesChoose a country/region for shopping.
© 1996-2022, Amazon.com, Inc. or its affiliates