Lone Star Rising: Vol. 1 and millions of other books are available for Amazon Kindle. Learn more 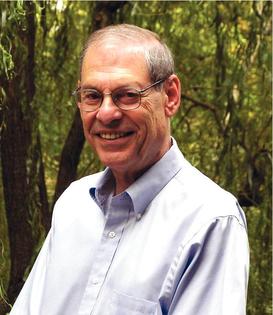 by Robert Dallek (Author)
4.1 out of 5 stars 38 ratings
See all formats and editions
Sorry, there was a problem loading this page. Try again.
Read more Read less
Previous page
Next page

Dallek sums up his subject, the 36th U.S. president, in this generous and touching sentence: "If Lyndon Johnson demanded much and took much, he also gave much in return." In the initial book of this two-volume biography, Dallek ( Franklin D. Roosevelt and American Foreign Policy, 1932-1945 ) reconstructs Johnson's Texas childhood, his 1937 election to the House, his war experiences as a Navy officer, election to the Senate in '49, his years as "the greatest Senate majority leader in history," and finally his selection as John Kennedy's running mate in 1960. LBJ as wheeler-dealer is already a familiar figure, but Dallek, tracing the origin of the War on Poverty and the Great Society to Johnson's experiences and observations as a young man, reveals that much of the wheeling and dealing was an expression of Johnson's genuine interest in helping the disadvantaged. One of our least-admired presidents, Johnson (1908-1973) has been portrayed in recent years by Robert Caro and others as a monster of ambition, greed and cruelty. Dallek's LBJ is a somewhat more complicated, contradictory and sympathetic character, "struggling with inner demons that drove and tormented him." Photos. 50,000 first printing; $60,000 ad/promo.
Copyright 1991 Reed Business Information, Inc.

Dallek, a historian best known for his studies of American foreign policy, has taken on Robert Caro's formidable work ( The Years of Lyndon Johnson , Vol. 1: The Path to Power , LJ 12/15/82; Vol. 2: Means of Ascent , LJ 4/15/90) with this solid biography. Like Caro's, this is a work in progress--the first of two volumes. However, Dallek offers a more focused, balanced, and traditional view of Johnson, and his work may emerge as the standard LBJ biography after the controversy over Caro's approach has waned. Dallek acknowledges and documents Johnson's darker, "self-serving impulses" but also emphasizes his deep "concern for the national well-being." From this perspective, his view of LBJ is similar to that of Doris Kearns Goodwin's Lyndon Johnson and the American Dream ( LJ 6/1/76). Dallek, however, has had greater access to papers in the LBJ Library, supplemented by at least 100 other manuscript collections and oral histories. His work is the product of seven years of careful research, and the concluding volume will be eagerly awaited. Highly recommended for academic and most public libraries.
- Thomas A. Karel, Franklin & Marshall Coll. Lib., Lancaster, Pa.
Copyright 1991 Reed Business Information, Inc.

Readers who find Robert A. Caro's LBJ too Manichaean can turn to this hefty study (first of a projected two volumes), which covers the life and career of the young politico-in-a-hurry through the 1960 election. UCLA historian Dallek (Ronald Reagan, 1984; The American Style of Foreign Policy, 1983) believes that Johnson's current low esteem (a 1988 Harris poll ranked him at or near the bottom of 11 categories among recent Presidents) reflects one-dimensional portraits that highlight his pettiness and slight his tremendous achievements. In Dallek's view, LBJ was a ``liberal nationalist'' who consistently backed laws that boosted the fortunes of America's disadvantaged, as well as ``the greatest [Senate] Majority Leader in American history.'' This biography supplements Caro's in several crucial respects, including fuller discussions of LBJ's early, albeit halting, efforts on behalf of blacks, and of the rough-and- tumble Texas political wars, including Johnson's disputed 1948 Senate race (conservative opponent Coke Stevenson is not, in this telling, the good government pillar of Means of Ascent). Yet Dallek sometimes belabors the obvious in detailing Johnson's legislative wizardry (the founding of NASA, the first civil-rights act since Reconstruction, the indispensable bipartisan aid for Eisenhower's foreign policy). Solid if redundant on Johnson's sterling legislative record, but nowhere as brilliant as Caro in depicting LBJ's almost demonic energy. For that reason, despite its balance and careful research, it may be, as Dallek hopes, ``the scholarly biography of Johnson for the foreseeable future,'' but certainly isn't the most readable or vivid one. (Thirty b&w photographs--not seen.) -- Copyright ©1991, Kirkus Associates, LP. All rights reserved.

"A triumphant portrait of Lyndon Johnson as rich and oversized and complex as the nation that shaped him. It should stand for years to come as the most rounded portrait we have of this compelling, formidable, flawed giant. This is biography in the grand style."―Doris Kearns Goodwin. "Dallek offers a more focused, balanced, and traditional view of Johnson [than Caro], and his work may emerge as the standard LBJ biography....His work is the product of seven years of careful research, and the concluding volume will be eagerly awaited."―Library Journal.


Robert Dallek is Professor of History of the University of California, Los Angeles. He is the author of several books, including Franklin D. Roosevelt and American Foreign Policy, for which he won a Bancroft Prize and was nominated for an American Book Award.

Read more
Start reading Lone Star Rising on your Kindle in under a minute.

4.1 out of 5 stars
4.1 out of 5
38 global ratings
How are ratings calculated?
To calculate the overall star rating and percentage breakdown by star, we don’t use a simple average. Instead, our system considers things like how recent a review is and if the reviewer bought the item on Amazon. It also analyzes reviews to verify trustworthiness.
Top reviews

Mike's
5.0 out of 5 stars Great read fair and a must for anybody interested in LBJ
Reviewed in the United States on June 1, 2020
Verified Purchase
Great biography fair well written complex. I do warn the reader I thought LBJ was a great man. I think the author did too.
Read more
2 people found this helpful
Helpful
Report abuse

Shirlely White
4.0 out of 5 stars Lone Star Rising
Reviewed in the United States on December 2, 2013
Verified Purchase
I bought the book after I had a discussion with my brother about just why almost everyone has a very low opinion of L.B.J.
And I was curious as to know the real reasons, because I knew he was responsible for many many advances in Civil rights legislation. I also knew what a debacle his Vietnam policies were. My guess was that he angered both ends of the spectrum with these said issues. I was also extremely curious to know how he was able to get some very unpopular bills through the House and Senate and keep his seat as the representative from
Texas.
I gave the book four stars instead of five because LBJ' s faults were glossed over and given very little exploration.

givbatam3
4.0 out of 5 stars Fascinating Look at a Public Man
Reviewed in the United States on December 15, 2000
Verified Purchase
John Connally, former Secretary of the Treasury and Governor of Texas, who was very close to LBJ for many years once said that Johnson was a "strange and complex man who could be whatever he wanted to be", cruel or compassionate, crude or charming, selfish or generous. These traits are illustrated well in Robert Dallek's two volume biography of Lyndon Johnson. Fortunately, recent years have shown a more realistic view of Johnson as this complex man and not just the warmongering fiend the anti-Vietnam War people perceived more than 30 years ago. One of the most important points that Dallek brings out is that LBJ learned lessons from Franklin Roosevelt's deceptive policies of trying to bring the US into war with Nazi Germany, against American public opinion (which the Japanese attack on Pearl Harbor ultimately proved unnecessary) and applied them to his almost surrepitious effort to engage American troops in South Vietnam. I highly recommend these 2 books for anyone interested in American History or the study of political leadership.
Read more
10 people found this helpful
Helpful
Report abuse

Darren Merryman
4.0 out of 5 stars Good read
Reviewed in the United States on March 31, 2020
Verified Purchase
Very detailed book about the rise of LBJ. Good book and generally an easy read but there were times I got bogged down in the details.
Read more
Helpful
Report abuse

Frederick
4.0 out of 5 stars A Detailed Account of LBJ from His Birth to His Assuming the Presidency
Reviewed in the United States on April 25, 2013
Verified Purchase
This book presents a detailed account of LBJ from his beginnings and birth to a time two months after he assumed the presidency. I learned a great deal about LBJ that explains his personality and his character. It's a great book for people that want to understand LBJ and the positions he took. Great read.
Read more
2 people found this helpful
Helpful
Report abuse

roland swanson
4.0 out of 5 stars Lots of Details
Reviewed in the United States on August 29, 2014
Verified Purchase
Very interesting biography of a controversial character. Quite informative but it gets bogged down in a lot of minutiae from time to time. A good overall book to read.
Read more
Helpful
Report abuse
See all reviews

Stephen Horton
5.0 out of 5 stars Great biography of a man who has achieved much.
Reviewed in the United Kingdom on February 29, 2016
Verified Purchase
Brilliant biography, BUT being the first Volume of four and massive in bulk my only criticism is that it's TOO detailed. It's more for the scholar of history than your average reader (like me). However, the last 50 pages leading up to JFK's nomination is riveting. Johnson emerges as a driven complex figure, eager for his own advantage but at the same time genuinely wanting to better the lot of the poor and disadvantaged. He also emerges as a champion of the Civil Rights movement. His problem in the light of history is that Vietnam has overshadowed all the achievements which we now see as belonging to others. So, yes this is a biography that re-dresses the balance. A must for any student of recent American history.
Read more
One person found this helpful
Report abuse

Rich
5.0 out of 5 stars Excellent
Reviewed in the United Kingdom on May 24, 2017
Verified Purchase
Excellent condition & value
Read more
One person found this helpful
Report abuse
See all reviews