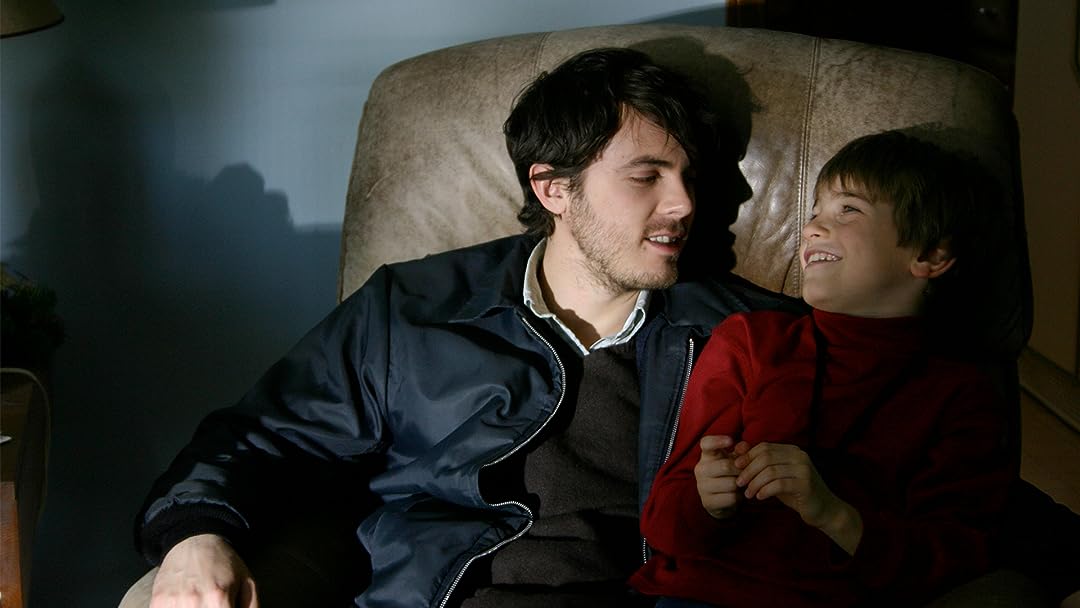 (95)
6.61 h 31 min2005R
Steve Buscemi's comedy follows Jim as he returns to life in his rural Indiana hometown. This film stars Casey Affleck, Liv Tyler and Mary Kay Place and was nominated for the Grand Jury Prize at Sundance.

neaReviewed in the United States on May 24, 2021
3.0 out of 5 stars
What a strange movie, calling it a comedy is a stretch.
Verified purchase
I am of the mind to say that Casey Affleck doesn't really act, he just does this deadpan thing, and I think in the two movies I have watched him in, he did this both time,s so not sure he is actually acting or just being himself. I shall have to see if there are more of his movies out there so I can see if this is the way he always is. The only other movie I saw him is was Manchester by the Sea and he was exactly the same in that movie as this one.....never smiled totally straight faced.,. Having said this I will add, he was the PERFECT actor for this movie, because it didn't require ANY emotion of any kind. I wouldn't call the movie funny, sad, drama.....I don't think my blood pressure elevated once during the entire show. Maybe it would have gotten more dramatic if there had been more, but the show ended just when things were looking up......I read that it got an award at Sundance.....makes me wonder who does the voting. haha He is pretty, Casey, that I will give him credit for. He got a Golden Globe for best Performance by an Actor for "Manchester by the Sea." I guess the voters like his deadpan style of performance. But Shakespeare it is NOT. It is fine though, I truthfully don't need screaming and yelling and lots of tears. I don't mind deadpan, however, I still am not convinced it is really acting.

Affleck has a good supporting cast. Kevin Corrigan is his brother who Affleck calls a complete tragedy. Mark Boone Junior is his uncle who only talks about getting high. Jack Rovello is Liv Tyler’s young son who always has something smart to say.

I never really thought much of Casey Affleck but this is the second movie I’ve seen with him in the lead and he can really carry a story.

Reynaldo AlvaradoReviewed in the United States on November 1, 2020
5.0 out of 5 stars
A little known gem
Verified purchase
Steve Buscemi directed this little known film starring Casey Affleck in his first lead role, Liv Tyler, and Mark Boone Junior (of Sons of Anarchy, and recently seen in The Mandalorian) who all give wonderful performances.

A genuine and heartfelt film in the style of the 90s indie films like Slacker and Clerks which first invigorated the genre, Lonesome Jim was shot on Mini-DV for just $500,000 and debuted at the 2005 Sundance festival where it was nominated for the Grand Jury Prize. The early digital low resolution is a little distracting, and it's unfortunate there is no way to upgrade the quality, but in some ways it adds to the film's charm. For indie film fans everywhere, this is definitely worth a watch.
One person found this helpful

Amazon CustomerReviewed in the United States on December 23, 2020
5.0 out of 5 stars
A Real Gem for A Real Cinephile!
Verified purchase
This film really caught me by surprise. I borrowed it from the library, and totally expected it to be a throw away title - something to use as background noise and take a nap to. But this film turned out to be a true gem. Down to the last detail, every actor was carefully selected, every line in the script carefully written, and the direction was superb. I am the type of person who not only enjoys independent films, but I appreciate the details: Liv Tyler pointing out cartoon characters on a plastic cup with her son over dinner, the daughter steals a glance at Casey Affleck as he steals money from his mother's purse, Mary Kay Place unfazed by Casey's nudity as she "bothers" him while he's in the tub - all things done without little to no words that would be wasted in a big picture production. When the mom explains that the dad must not have known how bail bonds work, the camera cuts to his face, and we - as the audience, realize that he left her in jail on purpose, is truly heartbreaking (if you have a heart). This snuck up on me and became one of my all-time favorite movies!

Todd M.Reviewed in the United States on April 26, 2020
5.0 out of 5 stars
It was cute, clever and entertaining.
Verified purchase
There is some dry humor but it’s more of a drama than a comedy and Casey and Liv make it work. It’s understated, dark and somewhat dreary but it all works without being depressing and that says a lot when just about all the subject matter in this one is depressing it somehow doesn’t feel that way. It’s a feel good movie so don’t expect a surprise ending.

BingoReviewed in the United States on September 16, 2021
2.0 out of 5 stars
Home town
Verified purchase
Only reason I watched this is because it wa s filmed in and around my home town. Still, wasn’t the worst movie I’ve seen.
One person found this helpful

SonyaReviewed in the United States on March 29, 2017
5.0 out of 5 stars
I find it more humorous each time I watch It 👀
Verified purchase
Love it. This is true Steve Buscemi humour and it is hilarious in this style. Casey Affleck and Liv Tyler are both soft spoken and there is something very wholesome and believable about the story. I love it. If you love indie films you'll appreciate this story and film. The characters are beautiful and flawed; and it is hilarious and becomes more so each time I watch it.
2 people found this helpful

Ron BlachmanReviewed in the United States on September 30, 2021
1.0 out of 5 stars
Film might be okay or not, video quality is the worst ever, unwatchable.
Verified purchase
I wanted to give this a chance even after I found the video quality to be AWFUL, It is very, very fuzzy. Still, I watched until Liv Tyler's first appearance in the movie - couldn't even recognize her - it could have been Lon Cheney for all I could tell.
See all reviews
Back to top
Get to Know Us
Make Money with Us
Amazon Payment Products
Let Us Help You
EnglishChoose a language for shopping. United StatesChoose a country/region for shopping.
© 1996-2022, Amazon.com, Inc. or its affiliates