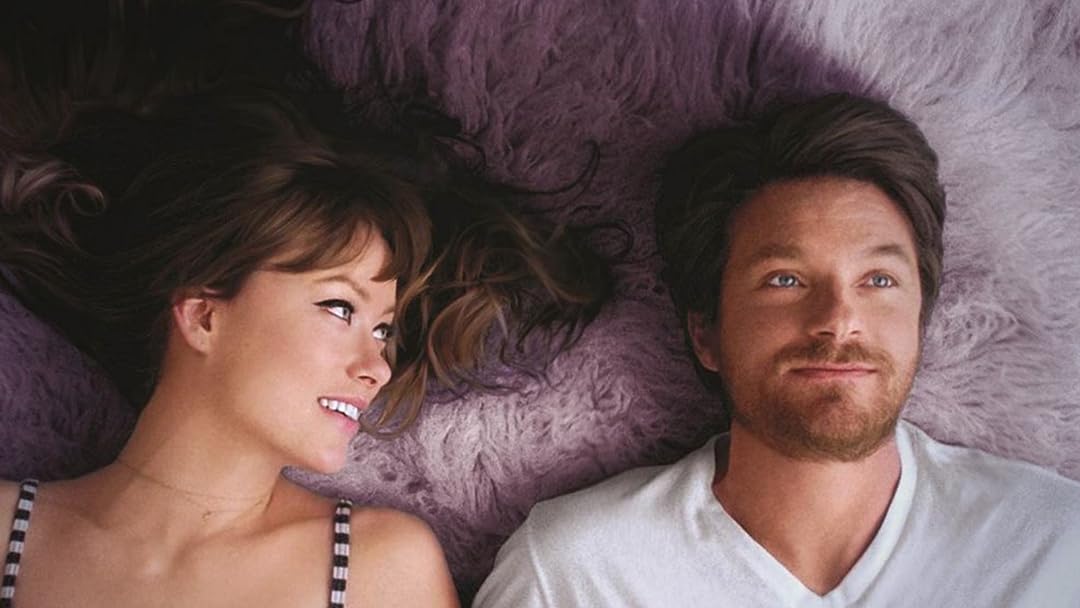 (379)1 h 26 min2014X-RayPG-13
Kicked out and cut off at the age of forty, Conrad Valmont's life of leisure gets turned upside down. Crashing with his only friend, Dylan, Conrad finds himself in trouble when he begins to fall in love with Dylan's girlfriend, Beatrice.

RichReviewed in the United States on September 1, 2018
2.0 out of 5 stars
Some Movies Are Like Taking Ambien
Verified purchase
I could only give this movie 2 stars. I didn't hate it, but I also didn't really care for it. There's a lot of good actors and actresses that I like a lot in this movie, but the storyline is really slow and pretty dumb. Conrad (Jason Bateman) grew up a lonely kid whose parents didn't want anything to do with him. He was raised by butler's and nannies. One day his parents decide to cut him off from living the life of a spoiled kid/adult. He is also supposed to move out of his parents house and live on his own. (Sound exciting yet? Remind you of an updated Arthur in a way?) He then meets a gorgeous girl, Beatrice Fairbanks (Olivia Wilde) who is absolutely gorgeous, but this is where the movie gets long, predictable, and boring. I'm not going to ruin anything in case you want to watch this, but I definitely don't recommend it at all!
20 people found this helpful

MaryReviewed in the United States on January 30, 2019
2.0 out of 5 stars
Bizarre in that you will enjoy the whole time but then wish you had that 2 hours back
Verified purchase
It was the oddest kind of movie in that you are interested the whole time you watch it but are left feeling pretty unsatisfied and empty at the end. Silly commentary on the problems of the rich? I don't know. It was hard to get a handle on what the message of the movie was other than how a rich person can waste their life and take forever to grow up. Maybe there was more to it but it just didn't provoke me to t think much about it to get to the bottom of it. You kind of didn't have enough of a good movie experience to want to ponder it. At least it wasn't profanity laden like so many movies are now.
15 people found this helpful

seaheatherReviewed in the United States on August 26, 2019
3.0 out of 5 stars
WEALTHY INEPTITUDE
Verified purchase
An interesting exercise in voyerism of the rich and entitled at play, if that's your thing. Script fails, however, to create much in the way of verisimilitude despite lavish cinematography and settings. For one thing, Conrad, the heir apparent to a vast fortune, is left high and dry by a sudden and not clearly rendered upset in his parents marriage. The viewer is expected to believe that a man of forty would have no resources whatsoever after living most of his life in hedonistic splendor -- not so much as a bank account or credit card to his name. This makes no sense. Seemingly well-educated [he spouts literary references in casual conversation] and having sustained a long term friendship with Daryl, an elite and sophisticate of his class, we are supposed to think he has no alternative and has to take the subway and find shelter on his friend's couch! Worse, we are also supposed to think that he has no qualm whatever in taking money from Daryl and sleeping with Darly's most recent flame! These affronts to civility feel at odds with the air of camaraderie between these characters, attitudes that cannot be totally explained by wealth or by ennui and which undermine our connection with the story that follows. Something of a waste as there is good acting and terrific scenes of a Manhattan most of us will never see. Seems like a waste of effort for all those involved.
6 people found this helpful

TigerlillyReviewed in the United States on June 10, 2018
2.0 out of 5 stars
Ennui City
Verified purchase
The acting was good, the lighting, cinematography and music are great, but the story is dull and none of the characters are likable. That the pace of the film drags doesn't help. This could have been titled, "How Being Super Wealthy and Pampered, While Being Ignored By Your Parents is Crippling". Or, "Ennui and Lying to Yourself and Others". I suppose the writer tried to avoid the cliche of Jason Bateman's character being financially cut off by his parents and him actually trying to make it on his own; but I would have preferred to see that. At least this film ended with him finally finishing his book, but the way it was presented was also so filled with ennui there was no joy in it.
10 people found this helpful

Original Toe KneeReviewed in the United States on January 19, 2020
3.0 out of 5 stars
Hard to describe.
Verified purchase
I want to give this movie less stars... but I can't seem to do it. It is well made, with a point to the story... but the premise of a view inside a wealthy priveleged spoiled person trying to find a way to grow up, well... let meput it this way; I sometimes really wonder why hollywood keeps making these...and what is the market, who are the viewers, really?

Perhaps we all have a curiosity to try to see inside a life where there are no real money problems... where if you want something, you get it... where your contributions to regualr society are just therefore marginal. What is this curiosity to depict a life of such privelege and why do some of us peak in?

On the plus side...it's a decent sotry... on the minus side, the beautiful Olivia Wilde never changes her incredible make-up. what is this? Reality? Not sure.

I guess Ienjoed the competition between the main characters...the beauty of Olivia... and I guess I just needed a time filler while moving today... stopping and starting... to keep from thinking about my own burdens... but also wondering, what kind of world is this where quite a few people live like the ones shown in this movie...the stars playing the parts...the lives of the wealthy so far off...what is this world? This is real? wow,... wow.

UnknownReviewed in the United States on June 2, 2018
5.0 out of 5 stars
Charming
Verified purchase
Derivative of both Woody Allen and Wes Anderson; to which the director would say "Thank You." A very charming film. Olivia Wilde, although her character is not perfect, she makes you fall in love with her, for both her beauty and wit. Billy Crudup shines, plays his character perfectly. Jason Bateman also nails his portrayal of Conrad. What makes it most lovely is the chemistry between Bateman and Wilde's characters. I can't wait to make other people watch this film. I'm surprised I've never heard of it before. My one complaint is believing that Jason Bateman's character has yet to turn 40. I could gush about Olivia Wilde ad nauseam, watch the film and you'll know why.
9 people found this helpful

PhineasReviewed in the United States on November 5, 2019
3.0 out of 5 stars
Too much tell; not enough show
Verified purchase
One way to describe “The Longest Week” is that it is what the 1981 comedy hit, “Arthur,” would have looked like had it instead been directed and written by French new wave director, Jean Luc Godard. Indeed, there are moments in The Longest Week, when one might think one were watching a French film from the 1960’s. And why was the director of The Longest Week imitating a decades old French New Wave look? I don't know; it didn't seem to enhance the film's story. Unlike "Arthur" (whose main character was also a middle-aged immature inebriated heir living in NYC], which was a broad comedy; “The Longest Week”, while having some wry humor, tries to attract us with the intellectual, both in the film's dialogue and in it's lengthy narration. For my money there is too much “tell” in this movie and not enough “show.” Whereas in Arthur, Dudley Moore’s character revealed his neuroticism in attention-getting behavior, in The Longest Week, Jason Bateman’s character, by contrast, seems mostly detached and his behavior indicates he doesn't care much about anything or anyone. I don't regret having watched The Longest Week but it could have been a lot better.

Tiffany M RuffnerReviewed in the United States on December 30, 2018
1.0 out of 5 stars
Skip this if watching on Prime
Verified purchase
I cannot believe I just wasted an hour and a half watching this...
8 people found this helpful
See all reviews
Back to top
Get to Know Us
Make Money with Us
Amazon Payment Products
Let Us Help You
EnglishChoose a language for shopping. United StatesChoose a country/region for shopping.
© 1996-2021, Amazon.com, Inc. or its affiliates