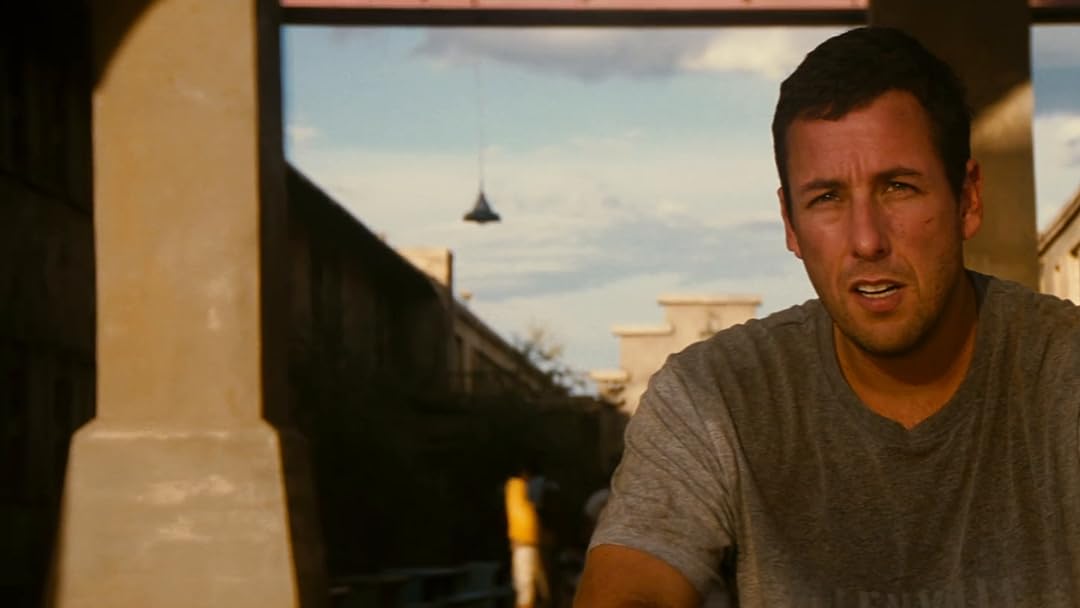 (8,244)
6.41 h 53 min2014X-RayPG-13
Adam Sandler, Chris Rock and Burt Reynolds star in this remake of the classic sports comedy about a former NFL pro who is sent to prison and puts together a brutal football game of inmates versus guards.

joel wingReviewed in the United States on January 2, 2021
3.0 out of 5 stars
Funny re-make of 1974 original with just as many jokes as football
Verified purchase
This is a re-make of the 1974 Burt Reynolds movie. Adam Sandler plays an ex-football star who is thrown in prison and then is put in charge of creating a football team out of his fellow inmates to play the guards in a game. The movie mixes comedy with the misfit cast of characters that he meets in prison and sports with the football he ends up playing while being incarcerated. Reynolds even shows up in the film to coach Sandler’s team to connect the old with the new.

Some of the characters they created for the inmates are just caricatures. Yeah I know it’s a comedy but c’mon they could have done a much better job.

Now for the good. There are some really funny moments like when Sandler’s team is practicing and one guys just kicks another in the face to stop him from tackling Sandler. Another time during the inmate-guard game one of the refs keeps on making calls against the prisoners. Sandler responds by throwing the ball right into the guy’s nuts. The game proves to be pretty good as well.
C

JemaReviewed in the United States on November 13, 2019
5.0 out of 5 stars
Football
Verified purchase
“Oh I ain't saying you did or you didn't. All I'm saying is that you could have robbed banks, sold dope or stole your grandmother's pension checks and none of us would have minded. But shaving points off of a football game, man that's un-American.”
One person found this helpful

A comedy with a few tears, action, and drama.
All and all a pretty good game with some musical entertainment.

😍Love Adam and Nelly in their football bottoms.😘😊

😆tons of other great charachters. Chris Rock and others.👍

YendorReviewed in the United States on October 14, 2005
3.0 out of 5 stars
The Longest Yard Scores Modestly.
Verified purchase
Under the guiding hand of producer/star Adam Sandler, THE LONGEST YARD is a formulaic sports prison movie that accomplishes its goal to entertain for a couple of hours. Its goal is not to outdo the original, but it makes a decent, companion piece to the great and classic Burt Reynolds original. The inspired Sandler had the good sense of casting Burt Reynolds in the film in a key support role of 'Nate Scarboro'(originated by Michael Conrad-HILL STREET BLUES) and Reynolds had the good mind in accepting it because it was tailor-made for him now that its 30 years since the original was released. In an interview with Reynolds, he stated that he was apprehensive of the whole remake concept along with the fact that he created the 'Paul Crewe' character. However, he realized that the film wasn't 'Shakespeare', so why not? Robert Aldrich directed the first 'YARD' which had a familiar theme from some of his earlier films (FLIGHT OF THE PHOENIX, THE DIRTY DOZEN), showing men in dire situations rising to the occasion. Peter Segal directs the sequel with men making smart-alec remarks in comedic situations. In the original there are characters. The remake has caricatures. Also, the original worked as a dramedy, whearas the remake is more comedy. The original film had a bit more suspense with plot twists in the storyline that leads up to the big game. In the remake, the plot simply has to get from Point A to Point B. Lastly, the creators completely missed the meaning of the title of the film which is exemplified by the final play of the game. Sandler/Paul Crewe scores the winning touchdown and the inmates (The Mean Machine) win the game. If one watches the original version compared to the remake, one will see why the film is called THE LONGEST YARD. If the people involved were more creative, they should have had Burt Reynolds reprise the 'Paul Crewe' character and do a sort of THE HUSTLER/COLOR OF MONEY-type sequel. Overall, a typical Adam Sandler crowd pleaser that retains most of the original film's screenplay with some added contemporary themes. (Note: In a weird ironic twist, actor Eddie Albert-tv's GREEN ACRES- who originated the role of 'Warden Hazen' in the first film, died the same weekend the remake was released. - and - Question: Was that Courtney Cox' real cleavage in the film?)
3 people found this helpful

D. BagwellReviewed in the United States on August 13, 2020
4.0 out of 5 stars
It's and adam sandler flick...
Verified purchase
So its hard for me to give it 5 stars, but it is absolutely one of his best ever, and it even features the star of the original in a very nice smaller part. I give it a solid 4 stars.
One person found this helpful

LAURIEReviewed in the United States on January 29, 2021
5.0 out of 5 stars
One of Sandlers greats.
Verified purchase
I love Adam Sandler, but not all of his movies are great. This one is. And to top it off, Burt Reynolds is in it too.
See all reviews
Back to top
Get to Know Us
Make Money with Us
Amazon Payment Products
Let Us Help You
EnglishChoose a language for shopping. United StatesChoose a country/region for shopping.
© 1996-2022, Amazon.com, Inc. or its affiliates