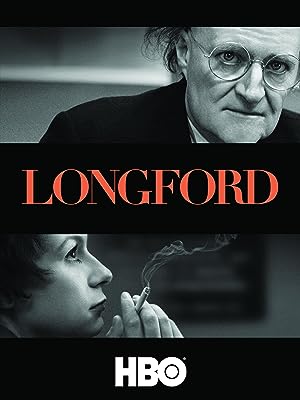 anonReviewed in the United States on March 1, 2020
2.0 out of 5 stars
don't let your determination to be a forgiving Christian blind you to who someone is.
Verified purchase
at the end, when myra says evil can be spiritual? I guess if date nights consisted of helping my psychopathic boyfriend torture and murder some kids and then burying their bodies in the romantic, moonlit moors of England, then I, too, might confuse the accompanying adrenaline rush with spirituality. i bet those terrified kids felt super spiritual, too. one with the universe, and everything.

what did I like about the movie? the acting was good. I like that they pointed out the ridiculous double standard of people not thinking of women as being evil or murderers. and that the male child-killers were released more often than female child-killers due to widely held beliefs that some men are just violent, so it doesn't make the news and no one ever hears about it when they are paroled. but when a woman kills, we never forget her, and they don't parole her the same way they parole the men. to which, my argument is, while it *is* unfair to judge women and men differently when it comes to parole for the same crime, I don't actually care if its a man or a woman who kills a kid; let them all serve life in jail, no parole for either male or female murderers. It seemed like the movie expected us to feel sympathetic toward myra because of this double standard, which is why it gets two stars. its just a ridiculous viewpoint. don't parole any of them, and the double standard wont apply. simple enough. of all the harmful double standards about gender we *should* address, the "unfair" parole of murderers doesn't deserve a second glance. let them all rot without parole.

about Longford being surprised that a serial killer also happened to be a manipulative liar? grow up. i felt zero sympathy for him. longford knew early on that myra was lying to him, as he learned that she ridiculed him in her letters to ian brady. don't let your determination to be a forgiving Christian blind you to who someone really is. you can forgive myra of her sins *and* simultaneously recognize shes a manipulative psycho, regardless of whose "influence" she was under. forgiveness doesn't mean pretend it didn't happen. it means recognize what she did, forgive her, and then keep the public safe from further harm by keeping her off the streets til she dies; don't parole her because you want to think of yourself as a forgiving christian. no need to torture her, just keep her away from decent people. this kind of thinking is dangerous, as soooo many people allow others to behave in horrible ways because we are called to forgive them. this is how dangerous people prey on forgiving people. you can forgive someone their sins, but it doesn't mean you have to continue a relationship with them. Longford cared more about upholding his religious beliefs than about common sense.

HopeJoyReviewed in the United States on January 28, 2021
5.0 out of 5 stars
Redemption is not a pass
Verified purchase
Excellent acting and outstanding movie that is difficult to watch because the heinous nature of the crimes. I am not over religious, however, Christ did not plead with his father for the thieves to be released from the Cross the confessions and acceptance of their sins was to enter Gods paradise. My interpretation of redemption is accepting the punishment and giving peace to those injured it is not "Ok yes I did it I admit so I can go home now" the fact people like this monster child killer believed this as does the Charlie Manson tribe and all there kind shows the deepest of the depraved and darkest heart.

IDLFReviewed in the United States on October 19, 2020
3.0 out of 5 stars
I'm sure this is a really excellent film, BUT...
Verified purchase
Every single copy I have ordered from Amazon is defective. I have returned this DVD, received replacements and ordered it new all over again, yet not a single copy will play through. I even bought a brand new DVD player from Amazon before I tried to play a new copy but it will not play. Good luck to anyone who tries to watch this!

Pam GetwickReviewed in the United States on February 9, 2021
5.0 out of 5 stars
Based on a true story.
Verified purchase
One of my favorite movies with Jim Broadbent, my favorite actor; he’s brilliant in everything he does but particularly in this. It’s a dark story- - especially being a true story- - but done exceptionally well. A movie that gets you thinking about yourself and the dark side of human nature.

Carolyn P.Reviewed in the United States on June 1, 2015
5.0 out of 5 stars
Excellent portrayal of good vs evil in a true story
Verified purchase
This movie is based on a true story of Myra Hindley, who, along with her common-law husband committed numerous murders of children in Great Britain. Lord Longford was a kind and good man who believed that no matter how heinous the crimes, everyone has a right to have visitors in prison. He showed a true Christian attitude towards Myra, and then after she used and betrayed him, he still managed to forgive her for the damage done to him personally. I do believe that some of the dynamics of good and evil are portrayed here.
5 people found this helpful

Jairo DutraReviewed in the United States on December 26, 2013
5.0 out of 5 stars
No story of criminal girl. The story of brilhant man Longford!
Verified purchase
Many strong characters and interpretation of actors (the top three) are perfect. It looks like a film made for television, but if deeper would be perfect for film. Despite the particular subject of British society. It's a great film about hope and absolute dedication to an ideal of life. Even the mistakes made by poor people is still commendable follow an ideal and a philosophy of life. It is not a film about child killer but about a man who tried to help this person following all youself principles. For me it is a very interesting topic. It is a film about religious beliefs and believe that everyone deserves forgiveness. It is a real case and a great reference.
2 people found this helpful

RMBReviewed in the United States on January 28, 2016
4.0 out of 5 stars
Wonderfully Acted Story
Verified purchase
Mr. Broadbent and indeed each actor are excellent in this film. It is flawlessly acted and tells this story so well. Being an American, I'm a total outsider, but gathered from the film how controversial this subject was at the time it was happening. The back story of the terrible crimes committed was chilling and heartbreaking at the same time. Fair warning, some of the subject matter is very difficult to sit through, but only brief moments going over the actual crimes.
2 people found this helpful

ChancesRReviewed in the United States on July 23, 2014
5.0 out of 5 stars
Longford - the movie
Verified purchase
Longford - the movie. A very extraordinary performance by Jim Broadbent - whom I believe to be one of Britain's best actors. The movie is a study in misplaced confidence and in the total failure of the mental healthcare system, overall. The U.S. has the same lack of in depth review of such cases and everything seems to come down to pollyanna head-in-the clouds idealism when it comes to hard close-up scrutiny of truly unstable individuals. A stellar performance by all actors.
3 people found this helpful
See all reviews
Back to top
Get to Know Us
Make Money with Us
Amazon Payment Products
Let Us Help You
EnglishChoose a language for shopping. United StatesChoose a country/region for shopping.
© 1996-2022, Amazon.com, Inc. or its affiliates