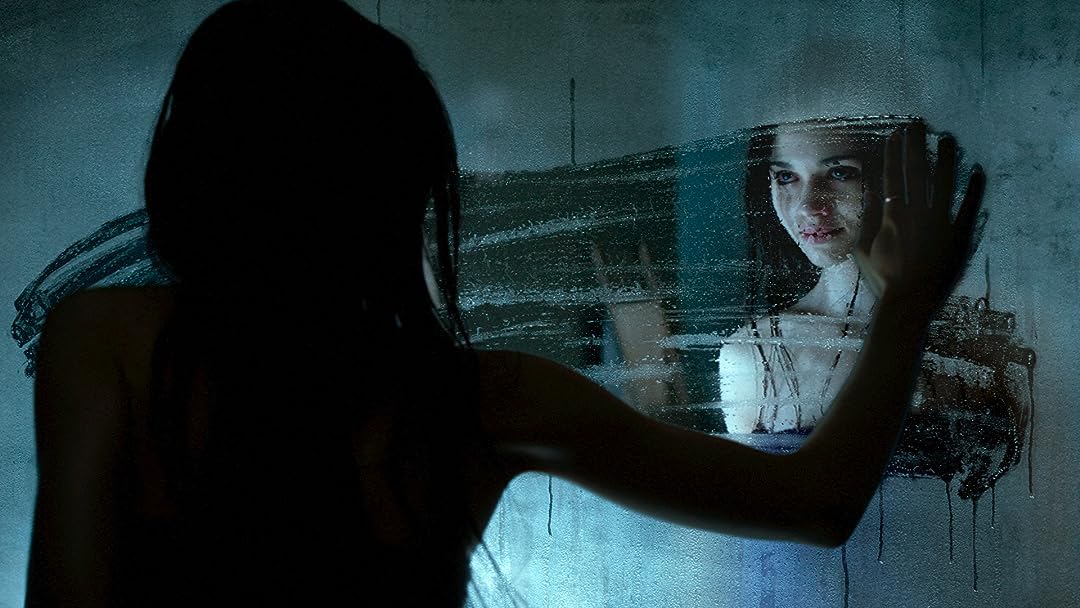 (2,709)5.81 h 43 min2018X-Ray18+
Maria, an alienated high-school student has her life turned upside down when she switches places with her sinister mirror image.

Jennifer EppleyReviewed in the United States on November 8, 2018
5.0 out of 5 stars
Amazing, scary movie for those wanting reallistic horror!
Verified purchase
Viewers that rated this movie poorly truly just don't understand what it's really about. Not every "horror" film is about ghouls and goblins. True scariness is not demons and exorcism. Have you actually seen a demon in real life? Seriously? Probably not. Nothing is more terrifying than a human's own brain. Nothing is more real than what a person's mental instability can drive them to do. Humans are scary. Mental illness is petrifying. Neglect and degradation of a child from birth is real-life foreshadowing of disaster. If you want kiddy "thrills and chills" go watch Halloween, Jason, Nightmare on Elm Street, Scream, etc.
87 people found this helpful

Barbara PReviewed in the United States on December 27, 2018
5.0 out of 5 stars
You will NOT be disappointed
Verified purchase
I absolutely loved this movie & I am not one to watch high schoolers in horror flicks- just not my thing and I usually skip them ... But this one is different -
The plot is great, twists and turns are great and unexpected for a change
The actors were surprisingly really amazing in this. I’m impressed and I don’t impress easily or give good ratings easily.
I don’t consider most so called “Horror” movies today “Horror” movies because to me gore & blood splashing everywhere in slasher & Zombie movies nowadays are not True Horror movies. Suspense and not knowing what’s going to happen next is horror... well, to me anyhow.
.. I give the highest rating, 5 star ! Actors were superb in this.
Plot was great, twists and turns, ending etc... Great !

ScorpioGirlinNashvilleReviewed in the United States on October 27, 2018
1.0 out of 5 stars
Not sure how this got such great reviews..
Verified purchase
Good actors, but I spent the whole movie waiting for something truly interesting and mind-blowing to happen, and it just didn't. I was so excited after reading the reviews on here. Maybe catch this one on Chiller, but don't spend any money renting it.
33 people found this helpful

EllieMiReviewed in the United States on February 21, 2021
5.0 out of 5 stars
Interesting take on Narcissistic Personality Disorder (spoiler alert)
Verified purchase
I believe that the movie represents a narcissistic, controlling, and perfectionistic father. and his impact on an impressionable teenage girl and a wife whom, through his manipulations. he has kept a prisoner. In the beginning, every scene begins with the perfect family, eating the perfect meal together with one hitch, his constant disapproval of everyone but himself. It is no coincidence that Airam is Maria spelled backward, since Maria's "twin" is her mirror image, real or imagined. The only thing the father is interested in is perfection, hence, his chosen profession. He corrects flaws in beauty, and is more concerned with the external image his family has in the world, than whether they are floundering and dying internally. His answer for his daughter's pallor? Not enough sleep or put on makeup, after all, the whole world will be looking at and judging you by the way he judges everyone, on the surface. Does he see his daughter as "beautiful"? No because there are his concept of "flaws" with her ears and her nose. There might have been twin babies and one was chosen not to survive because she lacked perfection, she was "deformed" so there was no sense saving her. The father keeps the mother sedated because he wants to erase the fact that she (not he because he lacks any semblance of empathy) lost a child who should have lived, could have lived, and as any mother, whatever deformity the child had, would not have prevented her from loving her daughter. "Look Away" is an apt title for a narcissist who cannot look at any imperfection in his family, because they are a reflection of him, and all things reflecting on him must be perfect. Whether Maria had dissociative personality disorder or not, whether there was a cosmic switch in the two young women or not, I do not feel is the point personally. The point is that the narcissist will do anything to manipulate others into doubting and loathing themselves. That is their strength, through manipulation and control. They have no empathy and the only important thing is how they see things and how others might see them.. He has his wife doubting the memory of her own delivery, and is making his daughter's fears and depression worse by constantly bringing up her flaws. Maria/Airam had to kill him. There was no other way to escape his narcissistic grip, no matter what the cost. The narcissistic father had perfect foils for his own personality disorder; two empathetic, weak and vulnerable women, until one emerges with enough strength to become killer.
12 people found this helpful

CataReviewed in the United States on January 27, 2021
3.0 out of 5 stars
Actress is good but this movie could have been directed better.
Verified purchase
I like the main actress India Eisley, but I felt like the director included so many nudity scenes for absolutely NO REASON. It was unfair to the actress. And even more disturbing-she is playing a underage girl and yet she is naked almost every ten minutes. I have no problem with nude scenes when they are appropriate and add to the movie. But this film left me feeling like the actress India Eisley was taken advantage of by the director. There was no reason for her to be nude at all in this movie. I loved India Eisley in the Curse of Sleeping Beauty, I thought she played both the good and bad person so well in that film and was hoping for something similar here. While India Eisley's acting was again fantastic and that is the only reason I rated this movie 3 stars, the unnecessary nudity left a bad taste in my mouth. Hopefully in the future, India Eisley will land parts with directors who won't take advantage of her or make her strip in order to land the movie part because that's honestly what it felt like here. Also felt like some ideas were confusing. The twins story and the mother staying with the father could have been explained better. The ending didn't really feel like an ending. Will she be caught for her crimes? Who knows.
7 people found this helpful

The most sci-fi unbelievable thing about this movie is that India Eisley could ever be considered ugly. But having gotten that suspension of disbelief out of the way, it's more a question of "is she ugly inside?"

One she has the upper hand, she seems to be out to mistreat everyone who has been rotten to her, to gain a guy who is repelled by her inner ugliness after she sort-of murders his GF (taking Mean Girls a step further). It seems you can't avoid being mistreated, teased or bullied at school (at least in this movie) without your parents saying if you looked better or acted more like the other kids, they would not do this, thereby condoning the bullies.

Maria may also have mental problems (her parents are on the verge of divorce) but I still couldn't help feeling that it was not just her Id getting the upper hand, but full on sociopathy, or demonic possession brought on by staring in the mirror all the time.

In Mean Girls, Caddie finally goes out of her way to infiltrate The Plastics (the leading group of girls at school) and has a couple of smart outcast friends who help her systematically humiliate the Queen Bee and make her fat, etc. (this is a "comedy" by the way), and transforms into Queen Bee herself, only to find that when she gets her chance to come on to the ex-Bee's boyfriend, he thinks she is repulsive for becoming just like his ex. He finds out she lied to him that she needed his help at math, etc. That she's just a phony. That is not why he liked her, he explains, but now she's just like all the rest. She also loses her smart friends, because she considers them too lowly/ugly/poor to invite to her party.

Look Away is a much more serious warning but the message is the same: you will always resent having to change yourself to be accepted by others, and if you do and you are, then the revenge always follows.

And revenge just isn't pretty. Even in a beautiful girl like India Eisley (who seems drawn to play these evil parts).

QvoxReviewed in the United States on April 28, 2019
3.0 out of 5 stars
I've seen this story a thousand times.
Verified purchase
It was Carrie meets American Psycho, mixed with some flavorings of the The Craft, and a few dozen other high school nightmare fantasy films.

Films where mean high school guys really do pick on, and physically bully girls (never). Where mean girl frenemies get what's coming to them but in the wrong way. Where ugly girls are really beautiful, but everyone acts like they're ugly. It's a movie about rich kids, private school, sex, drugs, alcohol, mean people, and murder, pushed to into maximum overdrive.

I gave it three stars because I thought it was pretty well put together. I thought the acting, script, editing, and all the rest were adequate.

The ending felt incomplete. But oh well.
10 people found this helpful
See all reviews
Back to top
Get to Know Us
Make Money with Us
Amazon Payment Products
Let Us Help You
EnglishChoose a language for shopping. United StatesChoose a country/region for shopping.
© 1996-2021, Amazon.com, Inc. or its affiliates