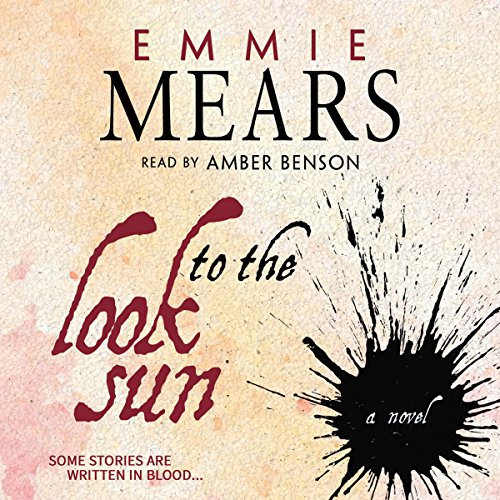 Look to the Sun

The National People's Voice speaks for Sanmarian and all of Kael. For 15 years, they have ruled Kael in relative peace. For 15 years, they have quietly snuffed out dissent wherever they found it. Rose Abernethy and Beo Mataya are two strangers drawn together by one thing alone: Red Sunrise, a book no one else seems to have read. A book only two types of people ever ask about - collectors...and the NPV. A book both Rose and Beo feel was written just for them. As winter falls in Sanmarian's cobbled streets and the 15 years of seeming calm seethe into violent protests in the city square, Red Sunrise's secrets pull Rose and Beo into the twisted mysteries of Sanmarian's past and into the center of a forgotten tragedy that inked itself into the city's very blood.

2 free audiobooks are waiting
Learn more about membership
List Price: $24.95
You Save: $2.96 (12%)
By completing your purchase, you agree to Audible’s Conditions Of Use
Sold and delivered by Audible, an Amazon company
Share

Moulder82
5.0 out of 5 stars Excellent and disturbing experience
Reviewed in the United States 🇺🇸 on November 2, 2021
Verified Purchase
There are a lot of things to love in this book. The author has a wonderful, flowery style and paints an amazing picture. It's quite easy to get caught up in the mood of Sanmarian.

The mood can be a heavy one, though. As the story unfolds, the oppression in Sanmarian becomes clearer and clearer, almost physical at times. The parallels to the real world are almost too easily drawn, and it's easy to see how certain developments feel like a step down a horrible path.

I'd recommend anyone to read this book - and fall in love with the main characters. Especially Rose!
Read more
One person found this helpful
Helpful
Report abuse

EFC
5.0 out of 5 stars Emmie Mears has written a sublime cautionary tale.
Reviewed in the United States 🇺🇸 on January 29, 2017
Verified Purchase
I could not put this book down and when I wasn't reading it I was thinking about it. I am one of those simple people who find love in all it's forms beautiful and this story tells a love story so relevant to today's' climate it's frightening. While this is not subtle in its telling it is told in such a way that the characters come alive and you truly want good for them all. In 20 years I hope we can look back on this time of our lives and laugh at our fears for our own future, maybe we can learn to fight for that future by reading the lessons in Look To The Sun.
Read more
One person found this helpful
Helpful
Report abuse

Laura Jefferson
4.0 out of 5 stars Beautifully written characters in a a bad situation
Reviewed in the United States 🇺🇸 on January 2, 2017
Verified Purchase
This book is hard to put down. It has a message, not a subtle one, but the place and people are so real you won't mind. It reminded me of LeGuin's The Dispossessed. I wanted more time in their lives. Great stuff.
Read more
3 people found this helpful
Helpful
Report abuse

Eleni Sakellis
4.0 out of 5 stars A Solid Adventure
Reviewed in the United States 🇺🇸 on April 2, 2017
Verified Purchase
Emmie Mears does it again with this fun and thought-provoking story. I could not put it down. With strong characters and a lot of action this is a must read for fans of dystopian fiction. Looking forward to the next book.
Read more
One person found this helpful
Helpful
Report abuse

Deidre D
5.0 out of 5 stars Warm and Charming
Reviewed in the United States 🇺🇸 on April 4, 2017
Verified Purchase
This is a tale of a corrupt, bigoted government coming into power through tactics of fear and, of course, it resonates with me. The characters are engaging, good, and kind people that you want to root for. The world feels real on the pages. And the tension and stakes rise appropriately throughout the book.
Read more
Helpful
Report abuse

Lukasz
4.0 out of 5 stars well-written and immersive.
Reviewed in the United States 🇺🇸 on October 31, 2021
The story deals with the rise of persecution (NPV - National Peoples Voice) towards “deviant.”
If you like categorization, I would describe it as a mix of dystopian political thriller and romance with elements of mystery and strong twists.

I found it well-written and immersive.
Read more
One person found this helpful
Helpful
Report abuse

Lov2laf
4.0 out of 5 stars Excellently crafted...
Reviewed in the United States 🇺🇸 on January 23, 2018
Though a "Look to the Sun" is not really fantasy in the usual sense it reads as a modern day fairy-tale. As with every fairy-tale this story has a dark undertone with real warnings and a heavy moral.

The author gives us a made up location in a made up time where technology is limited. But, it echoes of our recent past and, in many areas of the world, including the United States, of our present.

Basically the feel of the book is a picture of what it looks like when a sinister and fascist regime slowly seeps into society before it makes its ultimate grab for power. The parallel that comes to mind the most is what it must've been like at the beginning of the Holocaust.

The story is told from the perspective of two leads, Rose and Beo.

Rose is an independent woman that works for her aunts in their tea shop and grew up consuming the book her late father gave her which is a dystopian story of its own.

Beo is a photographer with a gift for capturing candid moments, many times the fascist presence inadvertently making its way into the frame.

When the two meet, they are pulled towards each other as the world falls down around them. When every person met is one to doubt, when every friend could be a traitor, when everything known previously is no longer safe, who can one turn to and what choices should be made?

Emmie Mears did an excellent job crafting this story together. The characters are strong and nuanced, the setting is vivid, and the slow insidious creep of "moral" evil tilts the world on its access bit by bit.

I've previously read Mears' "Ayala Storme" series and, aside from the high quality, the style is very different. Where the Storme books had elements of comedy with a master of sarcasm lead, Ayala, this story is not comedic in the slightest and there wasn't a sarcastic quip to be found. However, it's filled with heart and compelling, brave characters. Love and friendship vs fear and evil is at its core.

I admit that I predominantly read lesfic or stories with leads in an f/f relationship. This book is not that. However, it's a highly inclusive book with many "nontraditional" families and genders. Main supporting characters are f/f/f, m/m/f, m/m, and transgendered. Beo also would be considered pansexual because he dates both men and women regardless of their gender identification. As you can see, polyamory is also a main theme.

As if enough wasn't going on in the story, domestic violence plus love vs. control in a relationship are also explored.

For genre, it's a mix of dystopian political thriller and romance with some mystery and twists thrown in.

Overall, I really enjoyed this story despite the ominous feel throughout. It's very well done and definitely recommend.

Mrs Daryl Duncan-English
5.0 out of 5 stars Dont miss this
Reviewed in the United Kingdom 🇬🇧 on November 18, 2016
Verified Purchase
Set in the city of Sanmarian. Rose looses her father's treasured watch and is heartbroken. Beo captures her heartbreak when he takes her photograph. Together they begin their fight against the NPV (National Peoples Voice) a fight against fascism, bigotry, homophobia and anyone who is different.
Emmie Mears is very clever at drawing you into their world, as Rose and Beo''s lives unravel around them as they discover their families are more interwoven than they could ever have imagined.
This book has everything love, relationships, heartbreak and the fight against evil. Don't miss it
Read more
Report abuse
See all reviews