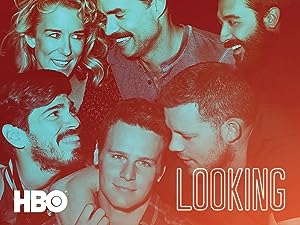 (126)
8.2201518+
[HBO] The unfiltered experiences of three gay friends living and loving in modern-day San Francisco continue in Season 2 of this series.

GryphonisleReviewed in the United States on June 15, 2015
3.0 out of 5 stars
Quietly Intimate Look At Ordinary Gay Folks Living Their Lives In San Francisco
Verified purchase
My first burning question is, do they really have raves in the redwood forests? Do they get away with it? The neighbors don't object? The environmental concerns don't wage war? Hmmm. Oh, I guess that's my only burning question.

This is a quiet show, with none of the dramatic characters one would expect in a major Hollywood gay themed series. No flashy drag queens. Not even very many witty comebacks---what was once the staple of a gay character. This is not San Francisco of the 1970's where gay folks were forming a visible community; or the nineties, when the gay community had not only established itself, but had become a formidable political bloc (both periods when "Tales of The City" was written, and when it became a PBS miniseries). Nor is it the gay world of either version of "Queer As Folk", where sex seemed to comprise the entire definition of being gay. This is a show about normal people who happen to be gay, in a city where being "just gay" is "so 20th Century" and where the Castro, as it transitions to just another expensive straight enclave, has become something of a bastion and refuge for broken people who desperately need to circle the wagons, even in San Francisco. In this the second season, almost none of the show takes place or is filmed in the Castro, and many of the scenes that are set out of doors are in parts of the Mission, including 16th between Valencia and Mission streets, which is frequented by "everybody" but isn't really classed as anything other than hip, or perhaps at its most descriptive yet still inaccurate, "metrosexual". In other words, not gay. And since this series was filmed, even Esta Noche, the only gay bar there, has closed.

I'm not surprised the show has been cancelled. If it were a story about straight people, would we have watched it at all? Not much is happening, as is often the case in Life among ordinary people. Given that it is now the finale of the entire effort, what was intended as the season finale was a piss-poor fade out. I'll try not to give away any spoilers, but two of the characters decide to move in together, but only at the very last minute (almost literally) they realize that they haven't really discussed whether theirs is an open or monogamous relationship, or what degree of either. Really? What makes this all the more important (and it's not a light subject to consider at any time) is that one of them will have to give up his rent controlled apartment (as of June 2015, the median SF rent has topped $4200/month---the median, not average). When I was single rents were much more affordable, so giving up an apartment to take a chance on a relationship wasn't nearly the risk it is today. What a stupid idea that these two would get this far without covering the most basic questions!

In the event, we'll never know.

Fact is, you'll probably watch this anyway, and it's not a bad time by any standard. There are lots of shots of SF, although for all the effort they make to film in real locations, it's amazing how very little actually ends up on screen---in shots that are often extremely intimate. It's a quiet night in, not much happens; there's not a lot of suspense, or action, or drama. And for a treat, you get a field trip to Modesto (Water Wealth Contentment Health), which figures as the highpoint of the season. Go figure.

Michael L. DesmondReviewed in the United States on January 12, 2022
5.0 out of 5 stars
These characters became my friends. I watch over and overfew months. months.
Verified purchase
Lots to appreciate. When I viewed initially, I though the story moved to slowly. Now I have grown accustomed to a slower pace and appreciate the richness of the music, cinematography, script and relatability of the characters. Wish it had continued.

AmazonCustomerReviewed in the United States on August 8, 2016
5.0 out of 5 stars
Excellent Acting!! Highly Recommend!
Verified purchase
This series is addictive. I stumbled onto this series and watched season 1 on DVD and was hooked. I pre-ordered season 2 but got a notice from Amazon that it was not going to be available on DVD anytime soon so I found and purchased it on my Amazon Prime. The acting is superb and the story lines are so real to life - I cannot believe this series ended after only two seasons - it is easily as well acted as "Queer as Folk" and more real to life than QAF in my opinion. I highly recommend this series. It is definitely for adults only as the language and sexual content - while not gratuitous - is for mature audiences only. The only thing I don't like is that it seems - like so many series that are about gay life - the relationships do not last and there are none that are long term - I realize that it is common in the gay (and str8) world for relationships to not last these days but there are many that do and would be nice to have one example on this series of one that lasted long term...
4 people found this helpful

JaymesReviewed in the United States on February 10, 2016
4.0 out of 5 stars
I'm sad to learn that there won't be a third season ...
Verified purchase
First of all, I'm sad to learn that there won't be a third season of Looking..... Once you start watching a series you want to see
what the characters will get into the next episode/season.
This series can't be compared to Queer as Folk which lasted 6 seasons. Each of the characters in Looking are doing that, just looking
and can't seem to settle down to one relationship, but that's fine. Personally I wanted to see what happens with Patrick and Kevin.... or will
Richie end up with Patrick? Does Dom develope a closer relationship with Lynn? And what will Doris do next...... Will Agustin clean his act
up and either hook up with Eddie or will he continue to spiril down that road of booze, drugs and sex? I hope that HBO will at least have a
special Looking movie to finally ask some of these questions and lay the series to rest.
One person found this helpful

Timothy Daniels JrReviewed in the United States on December 3, 2015
5.0 out of 5 stars
HBO +Amazon =
Verified purchase
There are many different shows that this happens to, I know, that draws you in and you get left hanging. Amazon did this when they premiered "The Event", and this show "Looking" was one i really got into. This show is a very big cleche but alot of truths to what the gay life is like for some. There are the managomous couples, and for once that would be nice to see. Hell, my gay life with my husband, and two teen son's, three dogs and a cat is filled with more drama like martha stewart + Liz taylor + richard simons + mommy dearest all wrapped in one scary yet very sureal life.

I digress, I am looking forward to the special that is planned to finalize this show. I just hope they do this show justice and make it as awsome as what i see here but with more of a conclusion without the leave you hanging feel. thanks, for reading.
One person found this helpful

James V. StoeckerReviewed in the United States on June 1, 2015
5.0 out of 5 stars
Particularity and Universality
Verified purchase
After going thru all 10 season 2 episodes in two days, I really have to conclude that this series offers the best insight into both the particularity and the universality of the gay male experience in the US, as portrayed in TV or film. The cast is uniformly excellent and the scripts very true to life. There are no false notes as our heroes live out their messy lives as honestly as they can. But sad to say, season 2 is over and out -- and we'll never know if Patrick and Richie work out their issues. But go back to last season and watch the episode centered on just the two of them as they meander around Land's End and clearly are falling in love. It's really a perfect half hour, as complete as can be, like a wonderful short story. For that episode alone, Looking would rate 5 stars.
7 people found this helpful

DylanReviewed in the United States on July 10, 2021
5.0 out of 5 stars
Niceeeeeee love the gayness!
Verified purchase
I love this show! Wish they come thru with some more series!!

Mr ToadReviewed in the United States on January 31, 2016
5.0 out of 5 stars
Beautifully done on all counts.
Verified purchase
This show is beautifully written, wonderfully acted and over all is excellent. I have not connected to a TV show like this for a long time. And though if a third season ever occurred it would be appreciated, the ending of the second season was a perfect mix of unexpected but true and satisfying. I loved the diversity within it- I don't understand the complaints in this regard- there is a limit to how may characters one can follow and this story is about a specific group of people- and within that world it felt really honest. Well done.
One person found this helpful
See all reviews
Back to top
Get to Know Us
Make Money with Us
Amazon Payment Products
Let Us Help You
EnglishChoose a language for shopping. United StatesChoose a country/region for shopping.
© 1996-2022, Amazon.com, Inc. or its affiliates