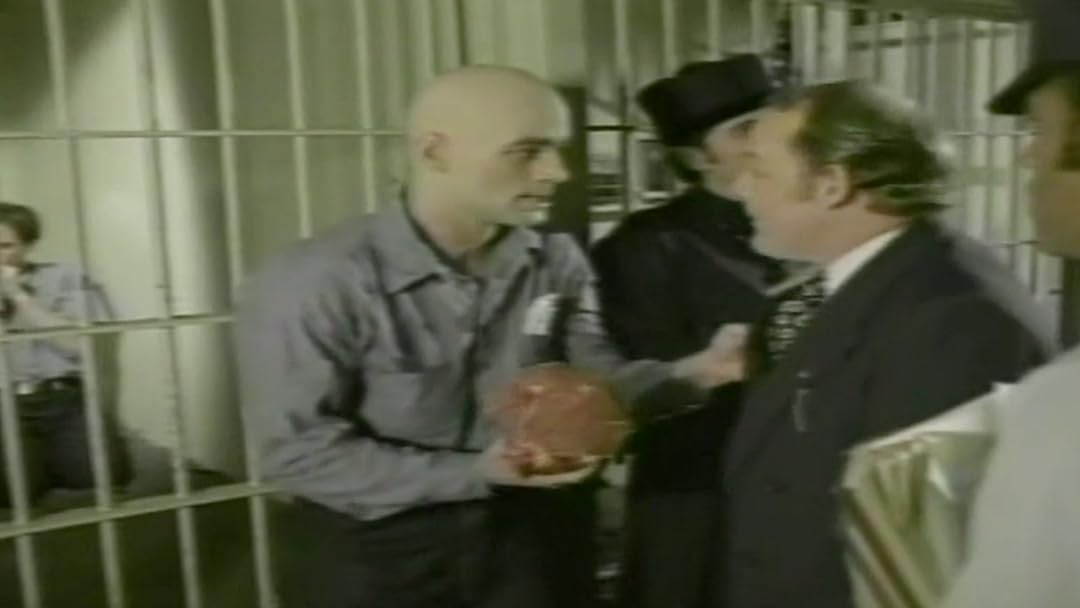 (33)
4.71 h 9 min198016+
Broad satire and buffoonery presented as a series of movie trailers. Among the titles and subjects are: "The Howard Huge Story", "Skate-boarders from Hell", "The Invasion of the Penis Snatchers", Woody Allen, movie trailer come-ons, Charlie Chaplin, war movies, Billy Jack. The source of the title is presented about an hour into the film.

Antmusic FanReviewed in the United States on December 5, 2017
2.0 out of 5 stars
Not a great film, for sure. Shortened version on stream (at least 2 sections cut out).
Verified purchase
The version streaming on Amazon currently is only 69 minutes long (as of today, 12/05/2017). The original film is 84 minutes. About 15 minutes are missing. I have no idea what those minutes are. Based on the length cut, I'm assuming it's one or two skits that have been cut out. The film ends with "Dark Town After Dark." After some research, it looks like they fully cut out 2 sections and maybe shortened others.

This film, LOOSE SHOES, is also known as COMING ATTRACTIONS and QUACKERS. The last part is the source of the title (based on Earl Butz infamous remark).

It is very silly and uses many overly-used gags. I'm

NotvinnikReviewed in the United States on October 2, 2015
2.0 out of 5 stars
Boooring!
Verified purchase
For people much younger than myself, there are some topical allusions here that may be too dated to catch. In 1976, two years before this film came out, agriculture secretary Earl Butz had to resign, when a joke he told privately at the expense of black people was reported in the press. That joke is ironically quoted for the "Loose Shoes" song in the "Darktown After Dark" segment here. Even if you were around in the 1970s, though, and caught that, there's not much else to laugh at; the "Darktown" sketch is probably the best of a rather poor selection. The Woody Allen parody has a few moments, and there are a few other smiles here and there, but most of this film is desperately lame, with the Buddy Hackett skit about a treatment program for chronic bedwetters possibly the worst. And then there's the video quality, very poor, and formatted for a 4x3 screen. I think that, as another reviewer pointed out, it may just have been a sloppy copy of a VHS version. This sloppiness shows on the DVD main menu, where the title is shown as "Loose Shose" (it's correct in the movie itself, of course).
2 people found this helpful

John SummersReviewed in the United States on February 19, 2021
1.0 out of 5 stars
Just awful!
Verified purchase
This is the kind of Z movie that would be the second one shown in a drive in double feature. I was hoping to see something with the wonderful Bill Murray but he's hardly featured, skip it.
One person found this helpful

cookieman108Reviewed in the United States on January 22, 2007
3.0 out of 5 stars
"Your old lady's a pig and all she ever does it talk."
Verified purchase
In the vein of skit based comedic features such as Kentucky Fried Movie (1977), The Groove Tube (1974), Mr. Mike's Mondo Video (1979), Amazon Women on the Moon (1987), Tunnel Vision (1976), American Raspberry (1977), and That's Adequate (1989), comes Loose Shoes (1980), co-written and directed by Ira Miller, whose main claim to fame appears to be having had bits parts in a number of Mel Brooks features including High Anxiety (1977), History of the World: Part I (1981), and Spaceballs (1987), to name a few. Some of the notable performers appearing are Bill Murray (Meatballs, Caddyshack), Buddy Hackett (It's a Mad Mad Mad Mad World), Howard Hesseman (This Is Spinal Tap), Ed Lauter (Magic), actress turn director Betty Thomas (Private Parts), in a fairly revealing role, Jaye P. Morgan ("The Gong Show"), Sid Haig (Coffy), Avery Schreiber (Galaxina), Ysabel MacCloskey ("Bewitched"), and Walker Edmiston ("Barnaby Jones"), who provided the voice of the creepy Zuni doll featured in the memorable made for TV film Trilogy of Terror (1975).

The film is comprised of skits, some spoofs of popular films, with the writers trying to drawn upon the comedic value of combining two popular films into one. An example would be Billy Jerk Goes to Oz...it's mildly amusing, but know a lot of the references are extremely dated and haven't held up very well (I wonder how many people born after the 1970s will recognize the Billy Jack reference). While this is true of most of the films I mentioned at the beginning, Loose Shoes seems to suffer more than some the others given most of the material referenced is quite old or just somewhat obscure to begin with...some other skits involve spoofs on science fictions films, exploitation features, biographies, musicals, travelogues, public service announcements, and so on. There is a somewhat humorous intermission bit, the kind of thing shown more often in the past, that touts the concession stand as a great place to alleviate that case of the munchies you may have developed from, well, you know...and if you ever wanted to see Avery Schreiber, who resembles a heavyset Gene Shalit, in a red sequined tutu, here's your chance (it's not as erotic as it sounds). There were some references I didn't get at all including the bit with Howard Hesseman as a wartime correspondent in a spoof entitled `Just A Run in the Sun', which I think may have been tied to the film A Walk in the Sun (1945), but I'm not sure given I've never seen the latter. Some of the bits had potential, but would often fizzle out, or just run longer than necessary (the take off of the biker flicks featuring skateboarders was one example of this). There are two worthwhile sequences, the first one entitled `Ma and Pa Take Francis to New York'. The filmmakers took the Ma and Pa characters popular way back in the 1950s with those Ma and Pa Kettle films (Ma and Pa Kettle Back on the Farm, Ma and Pa Kettle on Vacation, Ma and Pa Kettle at Home, etc.), and threw in an obscenity spewing talking pig named Francis (based partly on the Francis the talking mule, who never used such language). Another great bit was the old time musical near the end, which includes a hilariously nasty song. What about Bill Murray, you ask? Well, he appears as a death row prisoner, wearing way too much make-up, in a jail house spoof, one that's not very good considering the lame gags present are as old as the hills. All in all I'd say this might be worth getting if only for the Ma and Pa and the musical spoof segments, as the rest are relatively forgettable. At the very least Loose Shoes doesn't run overly long, all of about 84 minutes, it's inexpensive, and was a heck of a lot funnier than Tunnel Vision (1976), which I just recently saw (and wished I hadn't).

The fullscreen (1.33:1) picture presented on this St. Clair Vision DVD release looks pretty decent, much like that of a slightly worn VHS tape, and the audio comes through well enough. There aren't any extras included, but the skits are broken down into chapters stops so at least you can skip to the funniest bits, if you're so inclined.

By the way, John Candy's name is prominently displayed on the front of the DVD case, but if he was in this film, it must have been the smallest of parts as I missed him (he's not even listed in the credits, as far as I can tell).
5 people found this helpful

4everFunReviewed in the United States on July 23, 2018
2.0 out of 5 stars
blah...but a few laughs
Verified purchase
This is just short funny fake movie trailers/clips and it kind of reminded my of History of the World part 1 film but nowhere near as funny. I made it a little over half way through the film and then kind of gave up on it. It is also very old and has that VHS tape look...probably because it was copied from an old VHS tape. This is probably not for everyone.

Amazon CustomerReviewed in the United States on December 17, 2019
2.0 out of 5 stars
Not Very Good
Verified purchase
Just a bunch of not-so-funny sketches with a few recognizable actors.
One person found this helpful

perlbuilderReviewed in the United States on July 15, 2019
1.0 out of 5 stars
Just say no
Verified purchase
This was horrible. I managed a few skits then threw in the towel.
One person found this helpful

mistery002Reviewed in the United States on June 6, 2015
2.0 out of 5 stars
There isn't much to recommend in this film
Verified purchase
There isn't much to recommend in this film. It is made in the same vein as the groove tube but far less effectively. I found only one piece even mildly amusing a parody of Cab Calloway''s Minnie the Moocher that is referenced in the title other than that I would skip this entirely. you can probably find the Loose shoes song on Youtube.
See all reviews
Back to top
Get to Know Us
Make Money with Us
Amazon Payment Products
Let Us Help You
EnglishChoose a language for shopping. United StatesChoose a country/region for shopping.
© 1996-2021, Amazon.com, Inc. or its affiliates