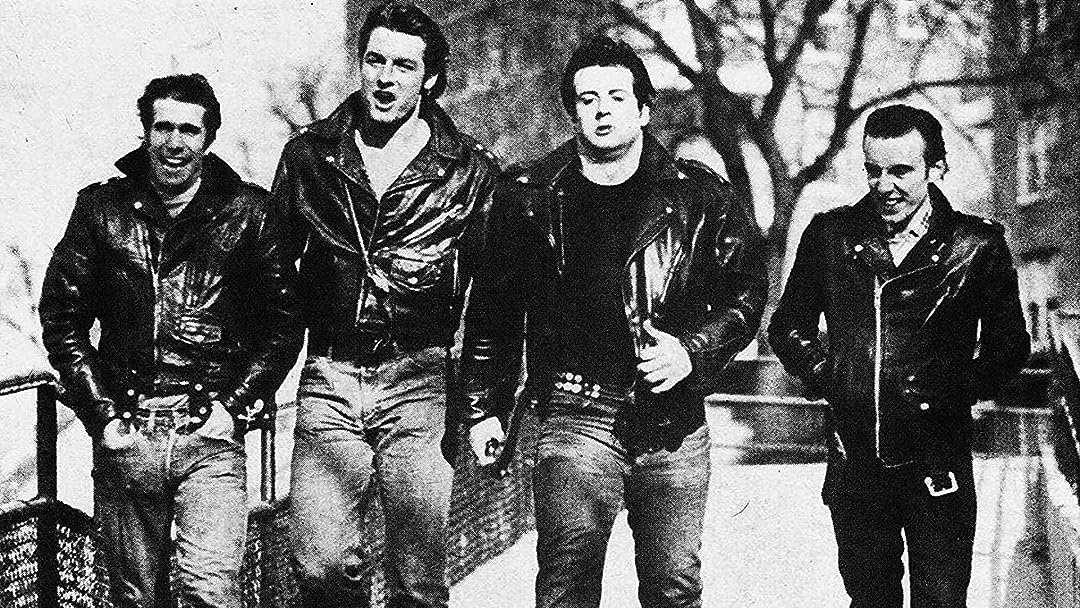 The Lords Of Flatbush

(430)
5.61 h 24 min1974X-RayPG
A group of kids in Brooklyn form a gang. From this moment on they do everything together. This makes things easier but at the same time they have to face new problems.

DADDY COOLReviewed in the United States on June 21, 2019
3.0 out of 5 stars
Lords of Flatbush did not do justice for Flatbush Brooklyn New York
Verified purchase
Since I grew up in Flatbush Bklyn, I was looking forward to seeing this movie for the first time.. I didn't even know this movie existed until it was brought to my attention recently.. When this movie was shot, I was a teen in Flatbush Bklyn.. Back then most guys from Flatbush (that I knew) were well ahead of their time of maturity.. The characters in this movie was more like 25+ going to school and living at home with their parents.. Back then most guys were shown the door at an early age.. Other than Coney Island and the Sunrise movie theater, I did not recognize any other place, so I was a little disappointed.. It would have been nice to see the Junction, some apartment stoops, Lords Bakery? Also, most (if not all) of the characters did not have a real Brooklyn accent. Back then, some Bklyn accents were heavier than others. Since the movie was named the Lords of Flatbush, you would imagine it would be filmed in Flatbush Bklyn NY.. Flatbush Midwood High School or the apartment houses of Flatbush was not shot.. Also, not one mention of all the different gangs that hung out on the freight train tracks in different sections leading to Flatbush. As kids we rode the freight trains from Flatbush Brooklyn well into Utica.. I'm a little perplexed as to why the director wanted to do this movie since there is no evidence of and/or concern for authenticity. The true guys that lived in Flatbush are a dying breed, raised with dignity, self respect, moral values and accountability.. It was a great time growing up Flatbush, never to be forgotten! I'm disappointed the real Flatbush Bklyn NY did not get a showing..
26 people found this helpful

joel wingReviewed in the United States on October 11, 2020
3.0 out of 5 stars
What happens when delinquents have to grow up?
Verified purchase
The Lords of Flatbush is a coming of age story featuring Sylvester Stallone, Henry Winkler, Perry King and Pace Mace as the Lords. They’re high school kids in 1950s Brooklyn. The movie begins with them being delinquents. They act up in school. They act like tough guys out on the street. They steal a car. Then they’re faced with a number of issues. Stallone’s girlfriend for instance says that she’s pregnant. King on the other hand really falls for a girl who comes from the other side of the tracks. The plot focuses upon whether they can grow up and deal with these issues or not.

The movie had a very small budget and you can immediately tell. Stallone comes out with the best story. It’s also fun to see him early in his career because he would play upon the same characteristics in many of his latter films. It seemed like they didn’t know what to do with Winkler and Mace is only in the group scenes. Overall it’s a good but not great film that tries to capture working class kids in 1950s New York. If they’d done more with more of the characters it would have been much better.

azogReviewed in the United States on October 9, 2022
2.0 out of 5 stars
It fizzles out
Verified purchase
Had a hard time getting engaged with this movie. Stopped it about halfway thru, and picked it up a few months later. I won't gush over the now-famous leads, because the movie was so early in their careers, it seems like more of a footnote than anything. There was some tension between main character and a female character that goes nowhere. And "tension" is understating the attempted act of date-rape, not once, but twice. I was honestly expecting a "Leader of the Pack" ending, but we got an Italian wedding scene... and that's it. Too much unresolved.

WendiReviewed in the United States on June 3, 2022
1.0 out of 5 stars
What Was I Thinking?!
Verified purchase
We rented this movie because we remembered it from our youth, but not the story. It was by far the most ridiculous movie ever. I'm not sure why it was a classic, but even at $3.99 this movie could send you into buyers remorse. They need to stick this in a museum or something, because it was that awful!
One person found this helpful

Butch-n-SundanceReviewed in the United States on September 25, 2022
4.0 out of 5 stars
Interesting. Was expecting at least SOME action.
Verified purchase
Kinda disappointing. Was expecting a bit more action. Guess Hollywood will never get out of the mindset of use 30-year old guys and girls as 17 year old high school kids. Still not sure what the whole plot and premise of the movie was supposed to be.
One person found this helpful

MsReadalotReviewed in the United States on September 22, 2022
2.0 out of 5 stars
Not sure what happened🤷‍♀️
Verified purchase
I remember this when it came out. I just rewatched it, and it just like, ended. Nothing happened, except that a punk got married to some chick he didn’t want to for NO reason, at ALL, while still in high school, seemingly, not sure, and then there was no anything. I’ve seen comparisons to American Graffiti? Not even remotely CLOSE except being set in a time far, far away now. At least it’s short.

Eve GaleReviewed in the United States on July 4, 2014
4.0 out of 5 stars
Brooklyn as it really looked circa 1958
Verified purchase
Like almost every movie that has ever been made about H.S. life the cast is made up of actors who had not seen H.S. in more than a decade. If you can get past that, and the formulaic plot - Boy chases Girl - Boy gets Girl - Boy loses girl, this is a treat for any Brooklyn native. Susan Blakely is at her Cover Girl loveliest. While, the Brahman, upper-east side, prep-school, Julliard alumni, King & Winkler do a good imitation of a couple boys in the neighborhood. Sly Stallone gives a sweet performance of big-hearted, none too bright Stan, who prefers hanging out with his pigeons, but can always be counted on to bring the muscle in aid of his fellow Lords. Stallone is especially funny and touching, as his character gets talked into marriage by his pregnant girlfriend, Franny and her best pal, Annie two pony-tailed, gum chewing, less than innocent girls, who remind him Stanley he is not only old enough to get married, but to go in the army.
For those who have had the disadvantaged not to be born in Brooklyn, it might not be obvious that Flatbush is and was one of the nicest sections of the borough, with tree-lined streets and lovely old Victorian homes and modern apartments. TLOF is far from the grittier and realistic films done by Scorsese during the same time period.
8 people found this helpful
See all reviews
Back to top
Get to Know Us
Make Money with Us
Amazon Payment Products
Let Us Help You
EnglishChoose a language for shopping. United StatesChoose a country/region for shopping.
© 1996-2022, Amazon.com, Inc. or its affiliates