Lost Contact (The Bridge Sequence Book One) and millions of other books are available for Amazon Kindle. Learn more 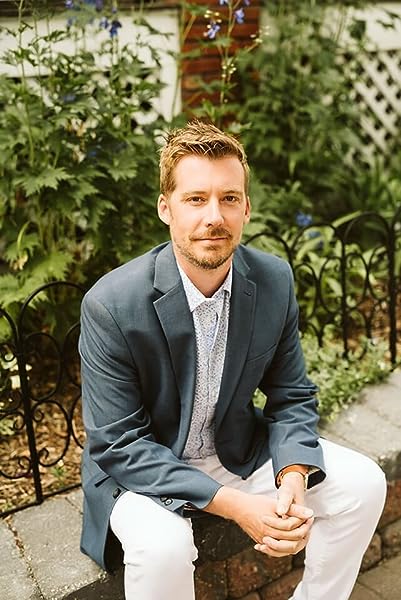 by Nathan Hystad (Author)
4.3 out of 5 stars 1,164 ratings
Book 1 of 3: The Bridge Sequence
See all formats and editions
Sorry, there was a problem loading this page. Try again.

Page 1 of 1 Start overPage 1 of 1
Previous page
Next page
Start reading Lost Contact (The Bridge Sequence Book One) on your Kindle in under a minute.

4.3 out of 5 stars
4.3 out of 5
1,164 global ratings
How are ratings calculated?
To calculate the overall star rating and percentage breakdown by star, we don’t use a simple average. Instead, our system considers things like how recent a review is and if the reviewer bought the item on Amazon. It also analyzes reviews to verify trustworthiness.

Tom
3.0 out of 5 stars Review of: Lost Contact (The Bridge Sequence Book 1)
Reviewed in the United States on May 14, 2021
Verified Purchase
There were several places in the book where I had to read several times to get the true meaning, had a few framed typoes. The story line was good and the characters were interesting. Good story over all but, AGAIN , that cutting off in the middle before getting to a proper stopping point. This reminds me of early radio and tv programs, that said "tune next week to find out what happened". Finish a thought before starting another book.v they s is why Janna Dr Leon and Adair Hart are two of my favorite writers.
Read more
20 people found this helpful
Helpful
Report abuse

Mike Keller
5.0 out of 5 stars The Bridge - a conduit between Earth and another planet far away. A portal to the stars.
Reviewed in the United States on May 18, 2021
Verified Purchase
Rexford Walker had a life-long mission: to find the Case and six Tokens which together in the right spot would open the Bridge between worlds. He wasn't alone on his quest. Marcus Wells, a student from Dr. Walker's classes and now his faithful companion in their search for the pieces that would open the Bridge. For Rex the search was personal. His father had disappeared on his last quest to find the Bridge, assumed dead - even a gravestone in the cemetery next to a stone marked with his compatriot also disappeared - Clayton Belvedere. The quest was aided by some of the earlier searchers who had been left behind. The original four searchers, Rex's father - Dirk Walker, Clay Belvedere, Brian Hardy and Saul Goldstein. Their search for the Bridge was a hope to meet the alien race that had settled Earth when the land mass was Pangaea. The rumors spread by the Believers Cult spoke of a race called the Unknowns, who had settled our planet pre-dinosaurs. When the Unknowns left, it's thought that they left a spark of life to bring intelligence to the world. That spark of life was to create workers for their empire and they were going to return to harvest their matured slaves. The Believers were preparing to greet the Unknowns and intercede on humanities behalf, or at least intercede for the Believers. Objects have been sighted incoming from beyond Pluto, heading straight for Earth. The Unknowns were returning.
I've often wondered what First Contact would be like, or if you believe some rumors - what First Contact WAS like. This remarkable story postulates that the aliens had visited several times in the past to check up on their crop, to see if it was ready to harvest. The characters in this storyline are single mindedly pursuing their goals, finding clues and hints of where the 6 Tokens were hidden. The Case was found and hints pointed to the locations where they might find the tokens. Well written with a properly twisty storyline, dogged pursuers of truth and a their savage foes, have brought together a truly remarkable read! I've pre-ordered the next book in the series and can't wait for the June release of Lost Time.
Read more
4 people found this helpful
Helpful
Report abuse

Geraldine M
5.0 out of 5 stars So Excellent!
Reviewed in the United States on May 7, 2021
Verified Purchase
Nathan Hystad has surpassed himself with this.first.book.in a new series. Rex continues to search for.clues.to his.father's disappearance. Is his father.really dead? Has he crossed the Bridge--whatever it.is? And how.do the tokens fit.into this wild adventure as this young professor.of.archaeology travels the world with a group.of new friends. This book surpasses everything this author has written to date. Action abounds. Non-stop reading. Could not put.it.down and cannot wait.for.Book.2! Awesome!!
Read more
5 people found this helpful
Helpful
Report abuse

Bob Heede
5.0 out of 5 stars A legacy to follow
Reviewed in the United States on May 17, 2021
Verified Purchase
Your father suddenly disappeared without a clue. Your whole life spent yearning for answers. You missed him so much you followed in his footsteps and followed his career path. Well almost, you became a professor, not a treasure hunter. But still archeology was a passion you shared.

Then suddenly a mysterious message is received. A challenge to finally get those questions answered. Just this one clue, this one adventure in an otherwise normal life. But once followed, another clue is found.

The draw of this mystery deepens.
Should you continue on this foolish quest?
How can you not?
You must find the answer to The Lost Contact.
Read more
2 people found this helpful
Helpful
Report abuse
See all reviews

Steve
4.0 out of 5 stars Dan Browns Indiana Jones
Reviewed in the United Kingdom on June 1, 2021
Verified Purchase
Its one of those stories that, in my minds eye, would be depicted in film by a plane moving over a map with a dotted line trailing behind it. Like Indiana Jones this college teacher goes treasure hunting across the world and runs into all sorts of trouble. The secret society after them with spies and killers embedded everywhere is not the Catholic Church this time but alien followers. Same thing really I suppose. Our hero has a team with him all of which are suspicious at some point in the story as possibly being a killer alien supporter. Usefully, one of his team is an ex-Navy Seal - always useful to have around unless you suspect them.
The story goes at a fair pace but of course doesn't end properly. Although I quite enjoyed the read and tolerated the typos, I am still undecided whether to buy book2 - after all, that may just end with a third book. The synopses for book 2 doesn't really appeal.
Read more
2 people found this helpful
Report abuse

CCHRISTOF
5.0 out of 5 stars Interesting
Reviewed in the United Kingdom on May 31, 2021
Verified Purchase
I enjoyed this book. Sci-fi, but terrestrial as well. The characters build as the story progresses becoming friends instead if enemies, while they search for a way to save the people of earth. Benefactors come and go, with the possibility of ancient aliens. Plenty of twists and archaeological adventures searching for keys to another world, and lost parents.
Read more
Report abuse

Dave & Linda
5.0 out of 5 stars Loved it
Reviewed in the United Kingdom on June 17, 2021
Verified Purchase
Wow right from the start this story had drooling for more I really got sucked in I can not wait for the next story thank you Nathan
Read more
Report abuse

H. Lennox
5.0 out of 5 stars A Great Read
Reviewed in the United Kingdom on May 22, 2021
Verified Purchase
Kept me going from the start to the end .
Can't wait for the next installment of this great series.
Read more
One person found this helpful
Report abuse

Sue Jones
4.0 out of 5 stars Entertaining read
Reviewed in the United Kingdom on October 10, 2021
Verified Purchase
Very Indiana Jones, but enjoyable.
Read more
Report abuse
See all reviews
Back to top
Get to Know Us
Make Money with Us
Amazon Payment Products
Let Us Help You
EnglishChoose a language for shopping. United StatesChoose a country/region for shopping.
© 1996-2021, Amazon.com, Inc. or its affiliates