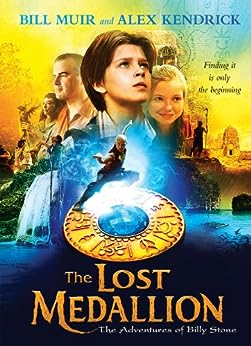 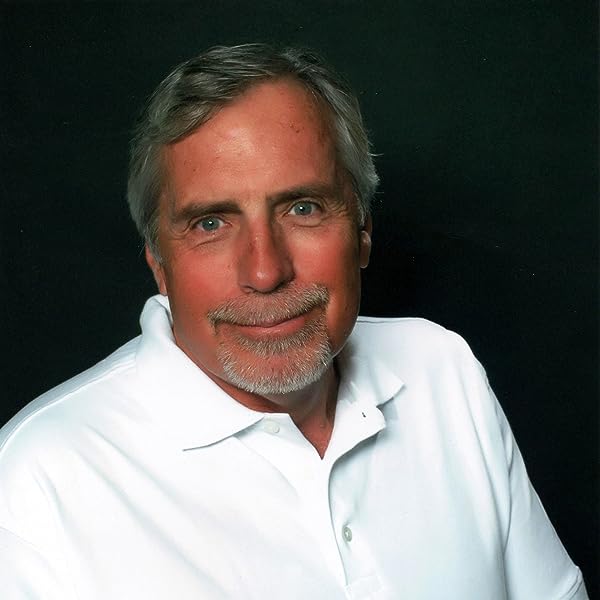 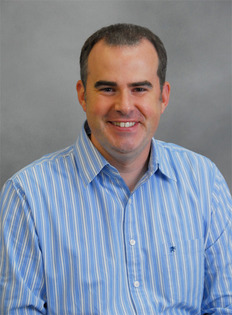 The Lost Medallion: The Adventures of Billy Stone Kindle Edition

by Bill Muir (Author), Alex Kendrick (Author) Format: Kindle Edition
See all formats and editions
Sorry, there was a problem loading this page. Try again.
Archaeologist Dr. Michael Stone looked for the lost medallion his entire life, and now his son Billy has taken up the search. Amazingly, the medallion ends up in Billy's hands and a spontaneous wish in a precarious situation takes Billy and his best friend Allie, back 200 years to what they realize is a very different Aumakua Island.

When Billy and his friends are not jumping off waterfalls, avoiding animal traps, crossing the ocean, sneaking through caves or escaping a prison they're facing their nemesis Cobra, who wants nothing more than for them all to disappear.

With no other way to get home, and the well being of the entire island resting on his shoulders, Billy must discover the key to reclaiming the medallion and its tremendous power. One way or another, this adventure will change Billy, and life on the island, forever.

Faithfully serving the church since 1981

Bill Muir is a bestselling author with many books to his name. The Lost Medallion is the first in a series of fictional novels that he s having fun writing. When Bill isn t writing books, he s busy directing and producing movies. When he s not making movies, he and his family are having fun living on their ranch. --This text refers to an alternate kindle_edition edition.

4.6 out of 5 stars
4.6 out of 5
30 global ratings
How are ratings calculated?
To calculate the overall star rating and percentage breakdown by star, we don’t use a simple average. Instead, our system considers things like how recent a review is and if the reviewer bought the item on Amazon. It also analyzes reviews to verify trustworthiness.
Top reviews

Its_me_Mrs.D
5.0 out of 5 stars Great For Tween Boys!
Reviewed in the United States on June 10, 2013
Verified Purchase
My 11year old, 6th grade son loved this book and read it in one day! In a world where social bullying is the norm in middle schools, this book is great read to remind tweens in a non-cheesy way that they are valuable because they are uniquely designed by God and have gifts and talents like nobody else. It also challenges tweens to look for those gifts and talents in others pointing out that a good and strong leader doesn't selfishly take from others, but gives of himself to others. The Lost Medallion has a great plot and storyline and enough mystery and action to keep any boy intrigued to the very end. We purchased the companion movie and it is great too....
Read more
One person found this helpful
Helpful
Report abuse

Brian Sosnin
4.0 out of 5 stars A really good book!
Reviewed in the United States on June 16, 2014
Verified Purchase
This book was really good because it kept me on the edge of my seat, And it was very interesting. The best thing that I liked about this book was that it was kind of like a mystery, And last of all it was a good long book which is good if you like reading like me:-) You should really read It it is a very good book!!!

And It is also fiction which makes it better. I know you really want to read this book!
So have you read it yet?????????? Guess who Sarah Lynn Sosnin Lisa's Step Daughter:-)
Read more
Helpful
Report abuse

grace*alone
5.0 out of 5 stars Wonderful book!
Reviewed in the United States on April 12, 2014
Verified Purchase
Trying to find a fun book for our 9 year old son to read is tricky; he wants something like Harry Potter, we want to build a foundation for him that is based on God's Word, not magic. He was very into this book! Can't wait for more.
Read more
Helpful
Report abuse

mmm
5.0 out of 5 stars Great read!
Reviewed in the United States on December 29, 2011
Verified Purchase
It was a gread adventure book. My grandson and I read it together and had a hard time putting it down. It had some great lessons and he can hardly wait to see the movie. He is also anxious to read the next book in the series, as he noted on the spine of the book that it was "Book one".
Read more
2 people found this helpful
Helpful
Report abuse

Romero - Rodriguez
5.0 out of 5 stars absolutely love it
Reviewed in the United States on April 2, 2014
Verified Purchase
I got this book for my son and he absolutely love it. ... my son is 9 and he used it for a book report
Read more
Helpful
Report abuse

FSawyers
5.0 out of 5 stars Five Stars
Reviewed in the United States on December 31, 2014
Verified Purchase
Excellant!!!
Read more
Helpful
Report abuse
See all reviews
Back to top
Get to Know Us
Make Money with Us
Amazon Payment Products
Let Us Help You
EnglishChoose a language for shopping. United StatesChoose a country/region for shopping.
© 1996-2021, Amazon.com, Inc. or its affiliates