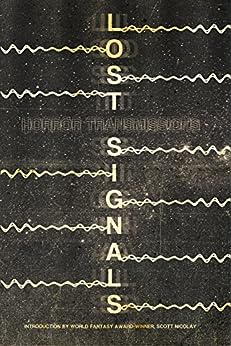 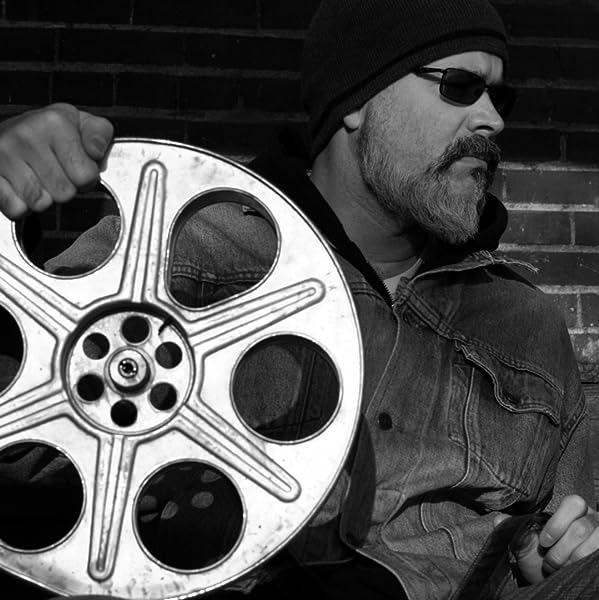 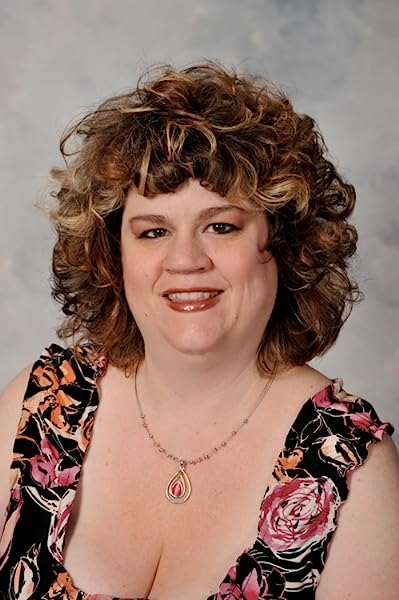 The signals are already inside you. You never even had a chance.

"This eclectic mix of superb horror fiction delves into the what-ifs of radio technology and what might lie in its impenetrable static. The authors play with the unnameable and unmentionable; there are no cheap scares or easy answers. The complex setups lead to satisfying payoffs that leave readers intrigued and shaken, as good horror is meant to do. This satisfying collection is a welcome addition to the genre."
-Publishers Weekly [Starred Review]

4.0 out of 5 stars
4 out of 5
67 global ratings
How customer reviews and ratings work

Brian P. Asman
4.0 out of 5 stars Really cool idea for an anthology
Reviewed in the United States 🇺🇸 on October 16, 2017
Verified Purchase
Really cool idea for an anthology. The book is beautifully put together (I love the page numbering at the bottom, super fun effect), and there's a good mix of stories. My favorite thing about this book is how different all the stories feel. It's a great example of a diverse group of writers starting in the same place and heading off in wildly different directions. Particular standouts for me included Betty Rocksteady and George Contronis' stories. Tony Burgess' "Bad Lieutenant" made for a fascinating read as well--the imagery felt like an acid trip, although I have to admit I still have no idea what's going on there. But yeah, PMMP is incredibly consistent about putting out high-quality product and this anthology is no exception. And the thing as, as radio continues to decline you have to think there's going to be some pretty bizarre stuff creeping into the spectrum. This anthology gives the reader a taste of just how weird the spectrum might get as radio is supplanted by podcasts and other forms of entertainment. Good stuff.
Read more
3 people found this helpful
Helpful
Report abuse

William L. Nienaber
5.0 out of 5 stars you can't escape the creepy signals
Reviewed in the United States 🇺🇸 on January 4, 2017
Verified Purchase
Another great offering from Perpetual Motion Machine Publishing. This one is a themed anthology with the connecting factor being creepy signals... random radio waves, creepy messages from who-knows-where, numbers stations, even strange glimpses from parallel alternate versions of one's own life. All these and more are here to entertain you, to freak you out, and often to make your jaw just drop in amazement. Lots of great stories here from great authors. Everything here is pretty much top-notch, but my short list of favorites includes Matthew M. Bartlett's If He Summons His Herd, Josh Malerman's The Givens Sensor Board, Michael Paul Gonzalez's How the Light Gets In, Dyer Wilk's The Man in Room 603, John C. Foster's Armageddon Baby, Paul Michael Anderson's All That You Leave Behind, and one of the freakiest stories EVER, Gabino Iglesias's The Last Scream. I'm not even kidding, I totally screamed!

Long story short: this is a great collection and you should have already picked it up and checked it out, so stop wasting your life.
Read more
4 people found this helpful
Helpful
Report abuse

Laurel Hightower
5.0 out of 5 stars High Caliber Creepfest
Reviewed in the United States 🇺🇸 on March 27, 2021
Verified Purchase
High caliber anthology with a great, creepy premise. The authors give the subject matter a lot of range, and there's a lot to love about the overall product. Standout favorites included The Givens Sensor Board, by Josh Malerman, The Desert of Wounded Frequencies, by Betty Rocksteady, The Man in Room 603, by Dyer Wilk, Armageddon Baby, by John C. Foster, Little Girl Blue, Come Cry Your Way Home, by Damien Angelica Walters, and All That You Leave Behind, by Paul Michael Anderson.
Read more
One person found this helpful
Helpful
Report abuse

Joan
1.0 out of 5 stars Just bad
Reviewed in the United States 🇺🇸 on November 13, 2022
Verified Purchase
UGH the cruddy artwork on every page is so unnecessary. The stories were cheesy. Unfortunately I bought the whole trilogy at once. Pass.
Read more
Helpful
Report abuse

Since I use text-to-speech on my Kindle to read, it threw me off when it jumped from one story to the next without mention of the story title.
Read more
One person found this helpful
Helpful
Report abuse

Susan J.
5.0 out of 5 stars Eclectic anthology
Reviewed in the United States 🇺🇸 on May 28, 2017
Verified Purchase
This eclectic anthology is jam packed with stories. My favorites included three tales of obsession: "Children of a German Autumn" by Matt Andrew, "The Small Hours" by Vince Darcangelo, and "Hush" by Regina Solomond. The rich sensory details of Andrew's eerie tale transport the reader seamlessly to the story world of East Berlin in 1977 and 1992, where a mother strives to protect her son. Derangeleo's protagonist grapples with the psychotic pull of the Lurking Man entrenched within his psyche. Solomond brings to life a man who becomes obsessed with his search for connection through random phone calls.
Read more
2 people found this helpful
Helpful
Report abuse

Jill Greene
4.0 out of 5 stars Good balance of good stories
Reviewed in the United States 🇺🇸 on April 5, 2017
Verified Purchase
This is a really good read. None of the stories stood out as weak (though none were particularly earth shattering either; just good, solid stories, and that what we all want, right?) The stories were interesting enough to keep me coming back, and that's an accomplishment for me on a Kindle. Nice anthology!
Read more
2 people found this helpful
Helpful
Report abuse

MH.
3.0 out of 5 stars A way to experience multiple personalities competing in your brain for your attention.
Reviewed in the United States 🇺🇸 on November 16, 2016
Verified Purchase
Stories vary widely. Most to me very schizohrenic feeling - as if written by people that do have devils talking to them - writing down what they hear and feel.

So I liked the concept. And I liked a couple of storries. But many I skipped after a page or two as it *was* the multiple personalities talking through the pages.

Not my cup of tea, which is quite broad, but it may well be yours.
Read more
One person found this helpful
Helpful
Report abuse
See all reviews

Thomas Joyce
5.0 out of 5 stars A hefty collection full of wonderful stories
Reviewed in the United Kingdom 🇬🇧 on September 10, 2016
Verified Purchase
I loved everything about this book. The cover by Matthew Revert is brilliant. The introduction by Scott Nicolay reads like it could have been an entry on its own, his tone is that light and entertaining. And every story is thoroughly well written and original and utterly engaging. Standout entries for me include Amanda Hard's 'Rosabelle Believe' which was unexpectedly touching, T.E. Grau's 'Transmission' which brought the cosmic horror in spades, 'Armaggedon Baby' by John C. Foster which had some of the best description and was told with a really authentic voice, and Josh Malerman's 'The Givens Sensor Board' which begins rather slowly but with some clever use of onomatopoeia (yes, I had to look it up) increases the tension almost imperceivably.
I feel like I'm listing half of the book but 'Darkhorse Actual' by George C. Cotronis, 'Feedback Loop' by Joshua Chaplinsky and 'Little Girl Blue, Come Cry Your Way Home' by Damien Angelica Walters deserve some special attention also.
Each story is accompanied by an original illustration by the talented Luke Spooner and the overall layout (by Lori Michelle) is extremely well done. I thoroughly recommend this book to any horror fan.
Read more
2 people found this helpful
Report abuse

Nicholas
4.0 out of 5 stars Tales of haunted media
Reviewed in the United Kingdom 🇬🇧 on November 22, 2016
Verified Purchase
With anthology books you get a pretty variable stable of stories, but overall this one has more winners than nags. Some of them are tangentially related, but there's definitely a few that stick with you after reading. Read it whilst listening to the hiss and crackle of the radio.
Read more
Report abuse

oonagh johnson
3.0 out of 5 stars Hit and miss
Reviewed in the United Kingdom 🇬🇧 on December 1, 2016
Verified Purchase
Like so many short story books, this was a bit hit and miss. Some I liked and unfortunately the ones I disliked outnumbered them.
Read more
Report abuse

John McDowall
5.0 out of 5 stars It's really good
Reviewed in Canada 🇨🇦 on November 28, 2017
Verified Purchase
I bought this because I saw it had a story by Josh Malerman in it, and I loved his book Bird Box. While his story is great, the whole book is fantastic. One of the best collection of weird short stories I've read in a long time. I didn't want it to end. Also, the illustrations on the chapter headings are super cool.
Read more
Report abuse
See all reviews
Report an issue
Does this item contain inappropriate content?
Report
Do you believe that this item violates a copyright?
Report
Does this item contain quality or formatting issues?
Report