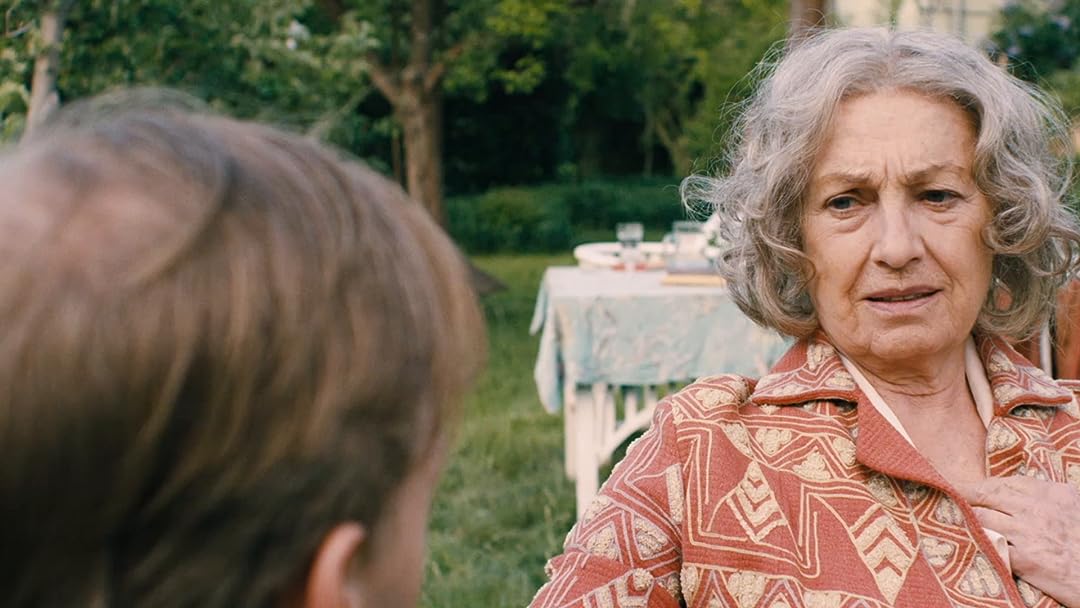 Lou Andreas Salome: The Audacity To Be Free

(45)
6.51 h 52 min201816+
One of the greatest intellectuals of the 20th century, a published novelist, poet, and the first female psychoanalyst, Lou Andreas-Salomé, recounts her life to a young German scholar. Salolmé's ideas on personal freedom and the lifestyle she chose against all conventions spurred genius and passion in others, including Friedrich Nietzsche, Paul Rée, Sigmund Freud and the poet Rainer Rilke.

SaguaroGeorgeReviewed in the United States on April 3, 2019
4.0 out of 5 stars
Nobody gets it all
Verified purchase
The acting is superb, as are the scenery and the costumes. Having some German is helpful, but the subtitles are fine. If you have read Rilke and are familiar with the other great figures Lou interacted with, all the better. So, why only 4 stars?

Because the film is too long, repetitive, and above all very very sad. Lou wanted to have it all, and her difficulties in achieving that goal are deemed part of the history of feminism. But what is never really mentioned, is that men rarely have it all either. In fact, the men in this film decidedly don’t have it all, and some lost their minds as a consequence.

The truth is, that except for those born rich or who marry rich, few people, men or women, get to have it all – get to do exactly what they want with their lives, with exactly whom they fancy doing it with, and with exactly the level of success they dream about. The man who works 20 hours a day as an associate in a large urban law firm doesn’t get to write the book or compose the symphony he dreamed of doing as a boy. The woman who works 20 hours a day as an ER interne doesn’t get to paint the picture or carve the sculpture she dreamed about doing as a girl. In both cases, gender has nothing to do with it. For that matter, the man or woman who spends 6 hours a day practicing the piano, and then 4 intensive years in music school, and then finds no way of earning a living with the piano and wishes he/she had gone to law school or medical school, they don’t have it all either.

Christopher GravesReviewed in the United States on January 3, 2019
5.0 out of 5 stars
The Film shows the trade-offs faced by women
Verified purchase
Very engaging film. The actors all portrayed their real life characters with distinction. The actresses playing Lou Salome at different stages in her life are all outstanding and credible in their portrayals-- Nicole Heeters, Katharina Lorenz, and Liv Lisa Fries. The period clothes, the music, the settings all combine to transport the viewer back to the mid-late 19th Century and into the 1930's.

The film shows the trade-offs necessary for a woman to make who wants to have an intellectual career. Lou understood that being a wife in the full sense of that role and being a mother precluded her from a full pursuit of her interests. A woman must become transparent to facilitate the full development of her husband and children. Not everyone in life as we know it on earth can be the star in any capacity. There must always be those who assist in order for some to fully develop along very narrow lines. The question becomes, as Hegel raised it in his Master/Slave analysis, who is it that most fully develops in the end?

It is the traditional woman who paradoxically gives up herself but in the end gains the most from life through her cultivation of others, those she loves. Narcissism is a strong intoxicant, but like all other intoxicants, it can distort our perception of what is real.
14 people found this helpful

anonymousReviewed in the United States on August 26, 2018
5.0 out of 5 stars
a winner
Verified purchase
I have read Lou's works and I am a fan of Rilke. How wonderful that this movie was made in commemoration to the depths of the psychoanalytical and poetic mind. More like this, Amazon. Thanks.
13 people found this helpful

hawthorne woodReviewed in the United States on May 26, 2019
5.0 out of 5 stars
ADORED IT!
Verified purchase
As a writer and poet myself, this is one of my favorites of all time. I will recommend it to my women friends, especially the creative ones. All of us know that "To have a life, you must steal it." Honor among poets and thieves. To life!
9 people found this helpful

NeechaReviewed in the United States on September 2, 2018
5.0 out of 5 stars
Enjoyable
Verified purchase
Well done and very enjoyable, and makes one think of all the wasted female talent due to discrimination over the centuries...
10 people found this helpful

S. HechtReviewed in the United States on June 29, 2019
5.0 out of 5 stars
Highly competent and relevant film making
Verified purchase
Although a bit distant on the emotional level, everything else in this film is done with cinematic style and intelligence. It would have been all too easy to create caricatures of any of the quite famous protagonists portrayed here -- including Lou herself -- but that doesn't happen. An inspiring testament to the truth that the human spirit can authentically flourish outside the realm of religious devotion.
3 people found this helpful

John W. ConnellyReviewed in the United States on March 5, 2021
4.0 out of 5 stars
come for Friedrich, Sigmund, Rainier, Paul and stay for Lou Andreas
Verified purchase
I'm afraid that some others I came for the portrayals of the others in her life and found it enjoyable for that. Unfortunately the life of a thinker is not easy to depict but the film does its best and succeeds at times. But let's face it, her friends are better known and , when on screen tend to pull the movie in a direction that it may not wish to go. The actors are good and the film is very good

ArdenulReviewed in the United States on June 14, 2019
5.0 out of 5 stars
Lovely Film
Verified purchase
The technique of having the actors walk into postcard scenes was enchanting. Superb acting, very crisp and subtle dialogue. Figures from the past came to life. Recommended for when you're tired of action films and want to think a bit. More enjoyable if you speak German.
3 people found this helpful
See all reviews
Back to top
Get to Know Us
Make Money with Us
Amazon Payment Products
Let Us Help You
EnglishChoose a language for shopping. United StatesChoose a country/region for shopping.
© 1996-2022, Amazon.com, Inc. or its affiliates