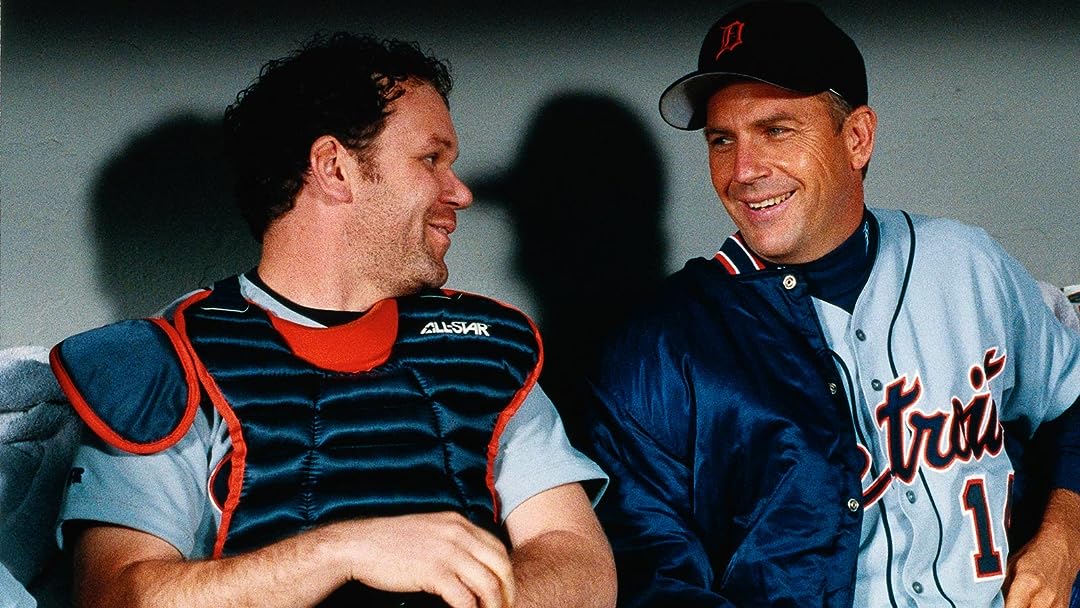 For Love Of The Game

(5,764)
6.62 h 17 min1999X-RayPG-13
A veteran pitcher takes the mound with a lot on his mind - his girl is leaving him and the team plans on trading him. Recalling his life between pitches, he finally realizes he's throwing a perfect game.

toddReviewed in the United States on November 10, 2022
5.0 out of 5 stars
Classic movie
Verified purchase
This movie is a classic. I still watch it a few times a year. It is a good love story movie in my opinion.

Aaron RedmanReviewed in the United States on October 16, 2022
5.0 out of 5 stars
Good movie
Verified purchase
Good movie. I would watch it again

Amazon CustomerReviewed in the United States on September 17, 2022
5.0 out of 5 stars
Human Aspect of Sports
Verified purchase
Movies do not get much better than this one. Matter of fact, I can not recall one.!! Of course this is my opinion only, subject to agree or dis-agree.

Roy SkrivanekReviewed in the United States on September 24, 2022
5.0 out of 5 stars
Great Movie!!
Verified purchase
The acting was perfect. Great movie!!

dianne preyearReviewed in the United States on September 2, 2022
5.0 out of 5 stars
Love it For the Love of the Game
Verified purchase
Loved the movie...it lets you know when the time has come, to give up the job you love so well. Kevin Costner is a great actor. Sometimes i watch his (Kevin) movies all day.
One person found this helpful

Santo LupoReviewed in the United States on September 16, 2022
5.0 out of 5 stars
Movie was in great condition
Verified purchase
Loved this movie! I grew up in Detroit

Foothiller16Reviewed in the United States on August 16, 2022
4.0 out of 5 stars
Under-rated movie
Verified purchase
Costner is fine in the role and it presents baseball in a realistic manner. Jena Malone displays a great potential. And, anything that includes Vin Scully voice is top-notich.
One person found this helpful

George N. SchmidtReviewed in the United States on June 18, 2014
5.0 out of 5 stars
Tear jerker works the baseball myths well
Verified purchase
"For Love of the Game" is not Bull Durham (still the best baseball movie of all time), but it's close. This is thanks to Kevin Costner's ability to live the role he plays in his "baseball days" (and the fact that he doesn't have to do his own stunts from the mound or behind the plate in either movie).

The story is straightforward: It's the season's end, and also nearing the end of the career of the protagonist, a pitcher who has been "one of the best" but is now on is last legs in the majors. Loyal to his team (and teammates, as his relationship with his catcher shows). He's one of the "boys of summer". He's equally not the kind of guy you'd want to be dating your daughter. But inserting the "girls" (the wives and girlfriends section is one of the neatest little bits of the movie) makes the movie complete, because it's so schmaltzy but gives the movie a chance to move away from the action on the field to the action in "TVland" where so much of baseball is consumed in the real world today.

And our hero is pitching for Detroit against the Yankees. As usual (back then), the Tigers are out of the running for the "post season" but still fierce and snarling against the Yankees as only a Midwesterner can appreciate. And only someone with a rich appreciation of the days back to when Frank Lary and Jim Bunning would dominate the Yankees could fully get this part. The Tigers may not have won many pennants back then, but...

From that set up on, the story gets a lot right, bad knees and all. Costner and those he works with know the importance of the relationship between the pitcher and "his" catcher as well as anyone who loves "the national pass time." And the movie also gets as well as any the fierce rivalry between a pro on the mound and the pro in the batter's box. Anyone who has taught Little League and high school players to "pitch inside" knows about this. And about "That's why it's called hard ball!"

And so, as the game progresses, the audience, both in the movie and watching here at home, realizes that our protagonist has the chance to pitch the PERFECT GAME.

Out by out and inning by inning, the tension builds as only the tension can build during a no-hitter or perfect game, one of the great moments in any sport at any time in history.

Of course, because of the insertion of the romantic piece, the end of the game is not completely the end of the movie. But for those of us sentimental about baseball -- and about good baseball movies -- even this works. (For me, better than the panties scene in Bull Durham, actually). Major League players may be men "playing a boy's game," but they are also men -- and not cartoon characters as some baseball movies may make them out to be.

So... I'll be watching this movie now and then with my young sons, who are now playing Little League, just as I watched one White Sox perfect game myself and discussed it with my elder son (not an adult, but who had the "love of the game" through high school with a city champion team in Chicago)...

And another perfect game that proved to Chicago that the "Perfect Game" also has to be appreciated in context.

But that's another story for two movies that haven't yet been made.


4 people found this helpful
See all reviews
Back to top
Get to Know Us
Make Money with Us
Amazon Payment Products
Let Us Help You
EnglishChoose a language for shopping. United StatesChoose a country/region for shopping.
© 1996-2022, Amazon.com, Inc. or its affiliates